Nas brought Jay Z out on stage at Coachella last weekend, but 10 years ago both men were engaged in one of hip-hop's most famous rap battles.

"It was something that had to be at the time, but great things came out of it," Nas told HuffPost Live host Marc Lamont Hill in an interview on Tuesday. "Hip-hop changed after it. It became all battle. It became what still goes on today. Battling didn't start with me. The battle thing became really strong -- New York, Philly -- where visually it was everywhere. In the Northeast, there was no songs coming. There were battles. It was a rebirth of hip-hop in a way."

Nas is making the press rounds for "Time Is Illmatic," the new documentary about his album, "Illmatic." The film is set to open this year's Tribeca Film Festival, where Nas will also perform the 20-year-old album in chronological order.

"I knew that it would be an important album at the time, but maybe [it would last] five years from there. Not this far," Nas said.

Watch Nas discuss Jay Z above, and "Illmatic" below. The full interview can be found here.

The 2014 Tribeca Film Festival runs from April 16 through April 27. 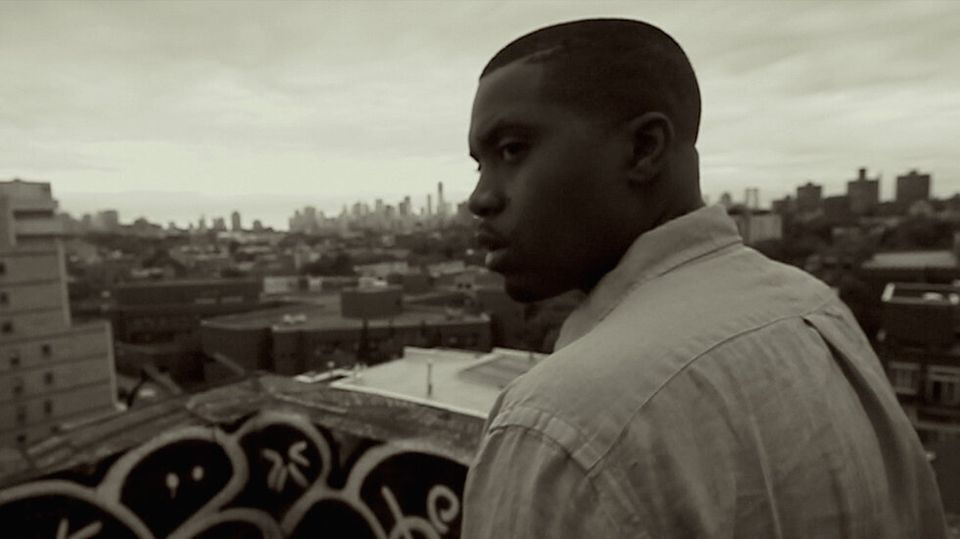 1 / 29
"Time Is Illmatic" (dir. One9)
Twenty years ago, Nasir "Nas" Jones released his critically acclaimed debut album, "Illmatic," which not only marked his entry into the hip-hop industry, but also cemented his position as one of the genre's most prolific lyricists. To commentate the project's anniversary, director One9 and writer Erik Parker open this year's festival with "Time Is Illmatic," an in-depth look at the rapper's trajectory in recording the classic opus. The premiere is also followed by a performance from Nas. -- <em>Brennan Williams</em>
Tribeca