NASA's Goddard Space Flight Center has recently uploaded a stunning series of high-resolution photos to its Flickr account. The series, called 'Blue Marble,' features satellite-based composite photographs taken from June to September 2001. According to NASA, the 'Blue Marble' images are the 'most detailed true-color images of the entire Earth to date.'

Unlike single-frame images taken of Earth from above, the 'Blue Marble' series is a 'mosaic' of photographs. Land surface, deep oceans and seas, shallow coastlines, ice, and clouds were compiled and 'stitched together' by scientists and visualizers to create a 'seamless' portrait of our planet.

See the newest stunning, detailed 'Blue Marble' images below, then compare them to the original 'Blue Marble' photograph, taken by Apollo 17 in 1968. 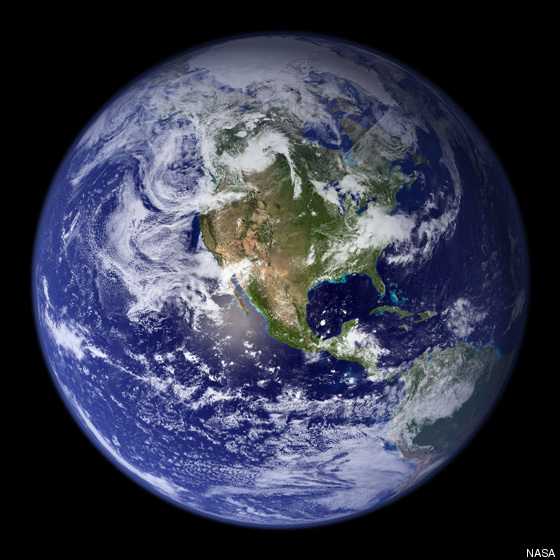 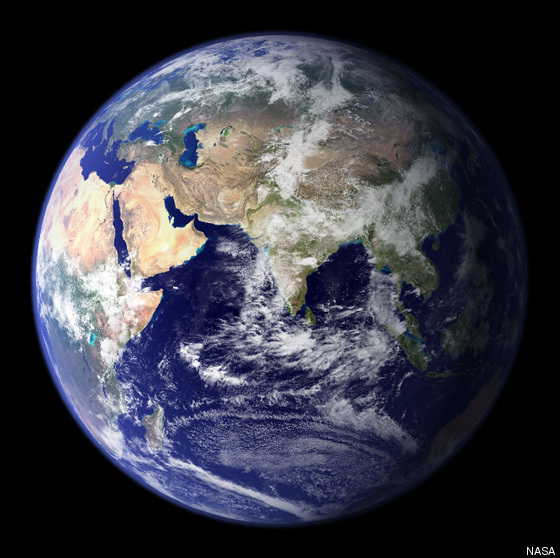