NASA just wrapped up its first installment of the Global Precipitation Measurement (GPM) Extreme Weather Photo competition, announcing the top 5 images and the stories behind them.

The photographers range from storm chasers and journalists to professors and photography students. Despite different experience levels among the photographers, each of the captivating images shows the beauty in extreme weather. Though the images below were considered the best of the entry, NASA will send bags and GPM stickers to everyone who submitted an image.

The GPM mission is an international collection of satellites which aims to better predict extreme weather trends and impending natural disasters through a more thorough measurement of global precipitation.

Check out NASA's top 5 images plus stories of how the photographers captured these shots. Images and captions courtesy of NASA. 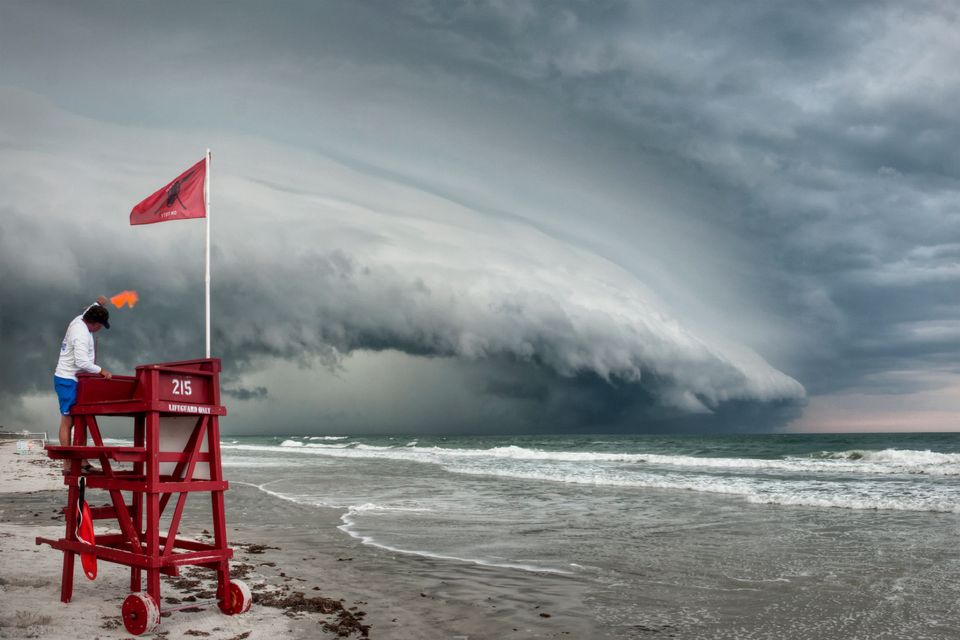 1 / 5
NASA Extreme Weather Photo Contest Winners
(<a href="http://pmm.nasa.gov/articles/extreme-weather-photo-contest-winners" target="_hplink">Jason Weingart / NASA</a>) "I have shot many storms from the same spot this photo was taken, and I almost drove by to get a different vantage point, but something told me to just stop at my spot. I jumped out of my car and ran down to the beach. To my surprise, there were still several beach-goers taking in the sight of this massive shelf cloud, as well as a few surfers in the water, trying to catch one last wave. Of course, there was a Volusia County lifeguard standing there watching over everyone. I walked down to the water and took some shots, always keeping an eye on the lifeguard. As the shelf cloud approached, I swung back behind the guard tower, waited for him to climb up it and signal to the surfers to exit the water. I took several shots, then hopped back in my car and tried to stay south of the storm."
Jason Weingart / NASA