NASA is known for sending astronauts into space. Now it's sending germs.

The strange-but-true space mission is intended to give scientists a better sense of how bacteria behave in microgravity -- important knowledge as the space agency gears up for long-duration manned missions into deep space. Just check out the YouTube video above from University of California, Davis researchers, who are leading the effort.

Plans call for the germs to get a lift to the ISS on a SpaceX Falcon 9 rocket, whose launch has been repeatedly delayed and is now scheduled for no sooner than Friday, April 18.

The space-bound bacteria were collected from the surfaces of iconic objects across the U.S., including the Liberty Bell, the 50-yard line of San Francisco's Candlestick Park, Al Roker's "Today Show" weather wall, and America's beloved "Sue the T. rex," a 67-million-year-old Tyrannosaurus rex fossil housed at the Field Museum in Chicago. Sue is considered the largest, most extensive, and best-preserved T. rex specimen ever found.

"One of our goals is to understand what microbes are living on the International Space Station and how this compares to other 'built environments' like offices, homes and cars," Dr. David Coil, a microbiologist at the university, said in a written statement. "We also want to see how the lack of gravity affects microbes of all kinds. But more importantly, we hope to let people know that not all microbes are bad. The majority are beneficial or harmless, and we need them!"

This study is part of Project MERCCURI, which stands for "Microbial Ecology Research Combining Citizen and University Researchers on the International Space Station." The project has been encouraging student scientists to participate in the collection of samples of germs from their environments.

The students and scientists aren't the only ones excited about the mission. "Sue the T. rex" tweeted:

Just got a text from my microbes. They are like, "WHAT IS THIS? WHAT IS HAPPENING?!?!?" pic.twitter.com/3ObOcATbVD

The launch will be shown live at NASA.gov. 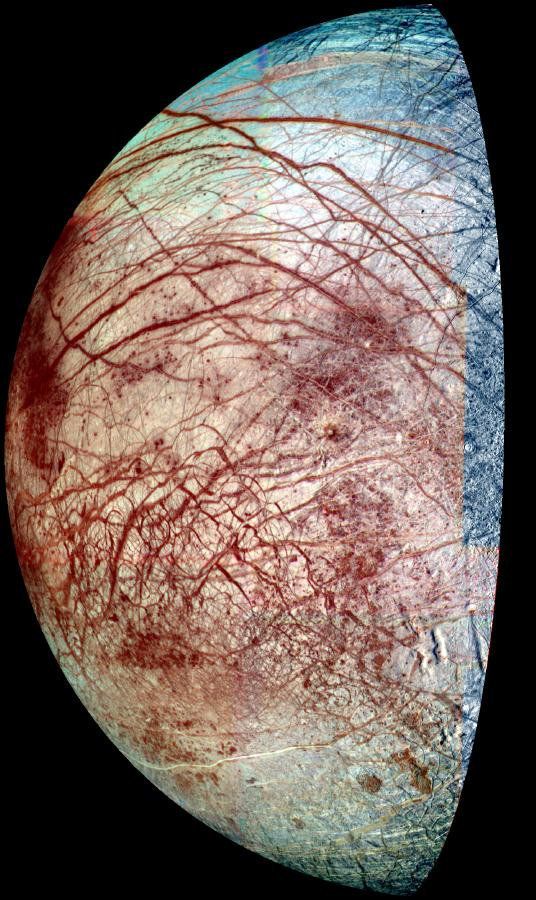 1 / 41
Europa
The icy surface of Europa is shown strewn with cracks, ridges and "chaotic terrain," where the surface has been disrupted and ice blocks have moved around. New laboratory experiments show that water ice and frozen sulfur dioxide react even at the frigid temperatures of Europa. Because the reaction occurs without the aid of radiation, it could take place throughout the moon's thick ice layer—an outcome that would revamp current thinking about the chemistry and geology of this moon and perhaps others.
NASA/JPL/University of Arizona