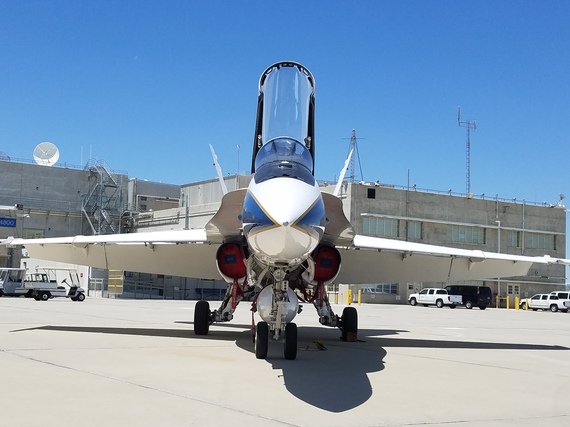 Before writing about the subject in the title above, I would like to thank NASA and especially the amazing team at NASA Armstrong Flight Research Center and the equally amazing team at Edwards Air Force Base, north of Los Angeles. Thank you all for your service to the USA.

Three years ago I was a guest of NASA at Vandenberg Air Force Base for the launch of the LANDSAT 8 Satellite now up in space. I wrote this as a result.

A few days ago I was a guest of NASA at the NASA Armstrong Flight Research Center which is located on the grounds of Edwards Air Force Base in the Mojave Desert. We were being educated about the future of supersonic flight in the United States and Globally. We are much farther along in being able to use supersonic speeds for commercial aviation.

NASA is working with the FAA to help understand the science and needs; and the answers to create a softer sonic boom, one that does not cause as much pressure release and sound. The reason is that it is the pressure release that causes the sound and both impact people on the ground in different ways, and depending where on the ground with differing levels of intensity. NASA graciously arranged for their Chief Test Pilot to fly overhead in an F/18 fighter jet and do a series of controlled flight maneuvers to create different types of sonic booms.

This was amazing to both see and hear, and the precision flying that was demonstrated to us was beyond impressive. Visually on the ground, we were surrounded by planes from NASA's experimental past including the first ever digital fly by wire plane, and the SR-71 high altitude plane, and it was a very hot day in the middle of a very dry desert.

Additionally we learned about how work is being done to integrate unmanned aerial vehicles or UAVs otherwise known as drones, into the commercial airspace. This is at all relevant levels from the local control tower + radio only type planes through the highest levels of commercial air traffic, that is governed by the ATC, or Air Traffic Control; and have digital transponders and other sensors that distribute data and relay information between aircraft, to the ground and in between. 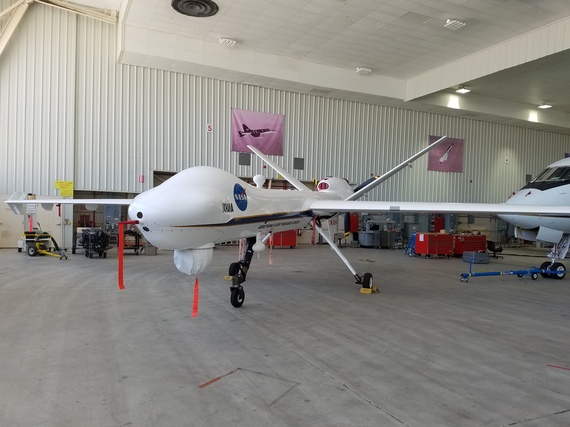 This research is being done at all levels of commercial aviation through a fascinating combination of flight tests with UAVs and also manned planes working in unison with special sensors and new types of transponders to be able to communicate more clearly in flight, and on the ground as well.

I really want to acknowledge also that I asked a number of difficult to answer questions about cyber security on this research and all of the subject matter experts that NASA had assembled for the day were open and transparent as much as they could be in answering those questions. I got some really great answers from both the scientists and program managers; and the pilots and flight teams.

NASA is really protecting the EARTH, just in ways that most of us never think about or take for granted. Whether it is monitoring the Earth from the International Space Station or a satellite like the LANDSAT 8; or it is doing cutting edge aeronautical flight research to improve travel speeds, reduce noise and integrate non manned flights vehicles into the commercial airspace.

They should be thanked and congratulated for their outstanding scientific research, the outstanding women and men who make up every part of the organization and their service to the nation.