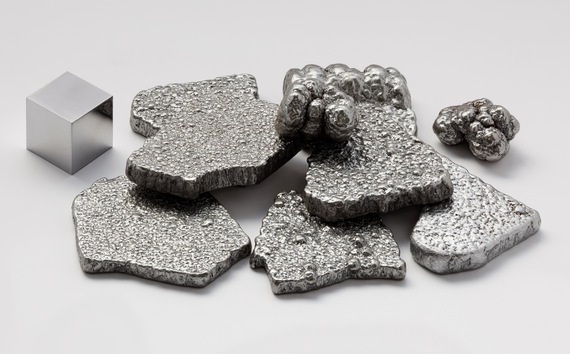 Don't hold your breath, but oxygen may not be as essential to biological life as we once thought. A pair of new papers are demonstrating how certain microbes have evolved the ability to suck the energy out of iron, much like we do with oxygen. The tiny creatures have long existed in the cracks of the earth and could shed light on the origins of life on our planet. And maybe other planets, too.

The NASA-funded research exposes the tremendous diversity of life on Earth and raises the possibility that life on other planets may not require oxygen, expanding dramatically the number of locations we have to check. It also harkens back to a time when Earth contained much less oxygen, and iron, still the fourth most common element in the world, would have seemed like a better choice for young organisms. These microbes not only evolved a complex system for harnessing the energy of iron, but they have continued to do so for many millions of years, even after oxygen took over the atmosphere.

"These are fundamental studies, but these chemical transformations are at the heart of all kinds of environmental systems, related to soil, sediment, groundwater and waste water," senior author Eric Roden, a professor of geoscience at UW-Madison, told Phys-Ed. 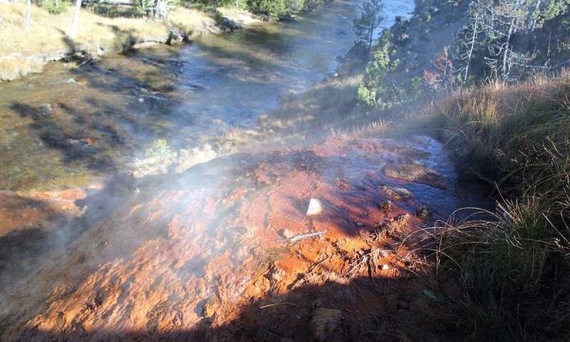 Researchers found some of the iron-digesting microbes within the Chocolate Pot hot spring in Yellowstone National Park.

When humans and the vast majority of organisms on Earth consume organic material, oxygen soaks up the electrons we discard when converting food into raw energy. The newly discovered microbes not only use deficient iron to act as an electron acceptor in the same way we use oxygen, but some of them can then take the electron-rich iron and break it down into energy. This kind of closed-circuit respiration significantly reduces the amount of raw materials necessary to sustain life. The iron-loving microbes have piqued some serious interest.

"The Department of Energy is interested in finding a way to derive energy from organic matter through the activity of iron-metabolizing bacteria," said Roden.

NASA is also interested in the microbes, because they come from parts of Earth that look a lot like other planets.

"A fundamental approach in astrobiology is to use terrestrial sites as analogs, where we look for insight into the possibilities on other worlds," Roden continues. "Some people believe that use of iron oxide as an electron acceptor could have been the first, or one of the first, forms of respiration on Earth. And there's so much iron around on the rocky planets."

It's encouraging for those of us who want to find life on other planets. But the prospect of iron-rich aliens may also leave us slightly quaking. Our fleshy, O2-sucking bodies wouldn't stand a chance.