NASA announced on Wednesday the design of the Space Launch System, or SLS, a rocket that will carry humans to destinations that include asteroids and Mars.

"This new, heavy-lift rocket will be America's most powerful since the Saturn V rockets that carried Apollo astronauts to the moon," NASA Administrator Charles Bolden said in a video released before the announcement.

The idea is to launch its first unmanned test flight in 2017 with the first crew flying in 2021 and astronauts heading to a nearby asteroid in 2025, the officials said. From there, NASA hopes to send the rocket and astronauts to Mars – at first just to circle, but then later landing on the Red Planet – in the 2030s.

According to USA Today, the rocket will be 34 stories tall and take off from the Kennedy Space Center in Florida. NASA said in a statement that the SLS will initially carry payloads of between 70 and 100 metric tons with plans to later carry up to 130 metric tons. By comparison, the space shuttle that was retired in July could carry about 27 tons, the AP reports.

The Orion Multi-Purpose Crew Vehicle (MPCV), a six-person capsule aboard the rocket, will be used to carry astronauts.

NASA said that in an effort to reduce cost, the rocket will use the same fuel system -- liquid hydrogen and liquid oxygen -- for both the core and the upper stage propulsion.

PC Mag reports that the rocket will cost around $18 billion over the next five years. 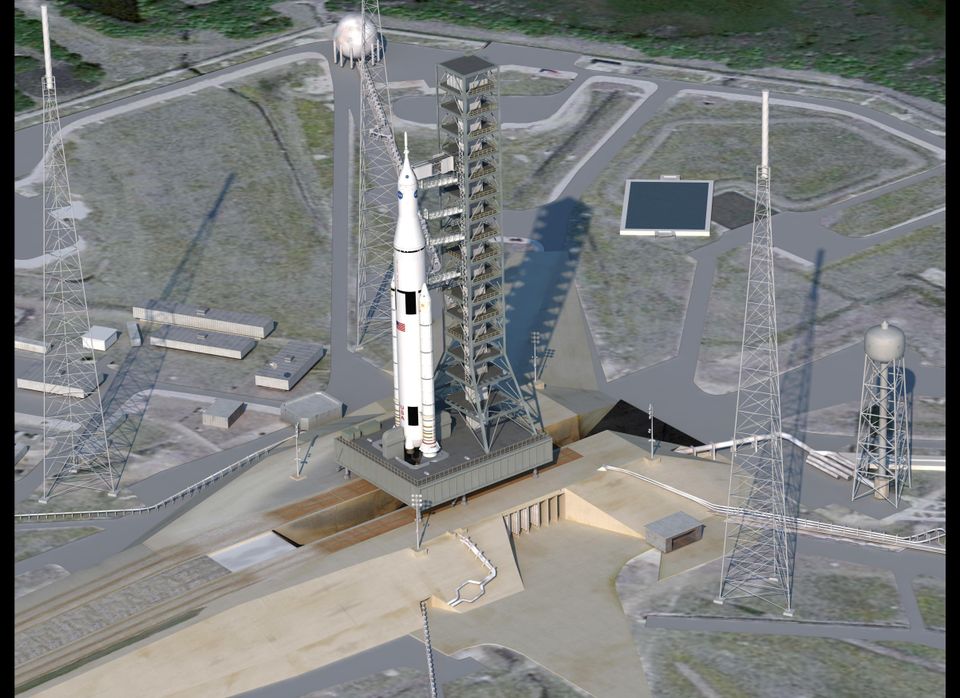