NASA is mulling over plans to explore the seas of Saturn's moon Titan, and the possible mission seems like something out of a sci-fi movie.

Titan's surface is covered in vast lakes, rivers, and seas of methane. To discover what secrets lie within these extraterrestrial bodies of liquid, NASA has developed a concept for a submarine that would explore Titan’s largest northern sea, Kraken Mare, which is comparable in size to the Great Lakes.

A new video animation (above) of the concept, which was developed for the space agency's Innovative Advanced Concepts (NIAC) Program, was posted to YouTube on Feb. 3--and it sure is wild. 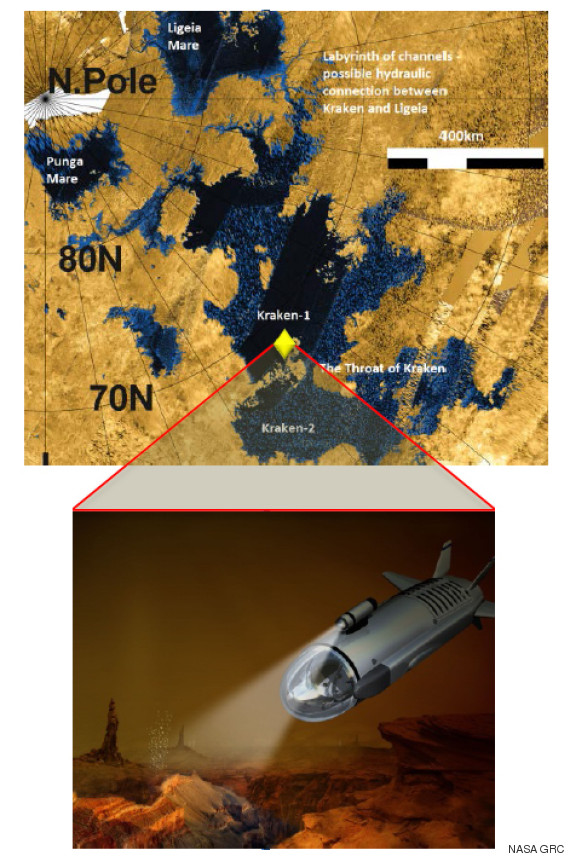 The proposed submarine would collect and analyze samples from under Kraken Mare's surface. As the sub would spend long periods under the surface, it would be powered by a radioisotope generator that converts heat from radioactive pellets into electricity, similar to the Mars rover Curiosity, Discovery News reported.

Why visit Titan? According to NASA, Titan’s hydrocarbon ocean environment may hold clues about how organic compounds in the solar system evolved. And since Titan has an insulating atmosphere and plentiful liquids, some scientists think it could be hospitable to microbial life.

This mission concept is on a list of solar system exploration ideas for NASA to consider by 2040.