The father of Natalee Holloway, the 18-year-old who went missing in Aruba a decade ago, has returned to the island to investigate new clues in the disappearance and presumed death of his daughter.

Inside Edition reports that Dave Holloway is working with a private investigator and a cadaver dog to follow up on recent claims from a witness who said he saw longtime suspect Joran van der Sloot with Holloway, and later saw him with her body.

“I saw Natalee Holloway on the last night she was alive. I was the eyewitness,” Jurrien de Jong told Inside Edition. "I saw that Joran was chasing Natalee into a small building under construction. In about five minutes he came out with Natalee in his arms, and slammed the body of Natalee on the floor, and then he made an opening in a crawl space…I knew she was dead.”

Holloway said in March that de Jong told him about what he had seen last year. De Jong also made the claims to a Dutch newspaper.

De Jong told the Algemeen Dagblad newspaper earlier this year that he didn't come forward sooner as he was involved in illegal drug activity at the time, and did not want to go to the police.

Eric Olthof, Aruba's prosecutor, told Inside Edition he was looking into the claims and expected his investigation would take up to two months.

Natalee Holloway disappeared on May 30, 2005 while celebrating her high school graduation in Aruba with friends. Witnesses say she was seen leaving a club with van der Sloot, who was 17 at the time.

Van der Sloot is currently in prison in Peru, where he is serving a 28-year sentence for the 2010 murder of Stephany Flores in a Lima hotel room. Once his sentence is complete, he will be extradited to the United States, where he will face charges of extorting and defrauding Holloway's mother.

There have been a number of supposed leads in the case over the years, including conflicting statements from van der Sloot himself, who was arrested twice but never charged. Van der Sloot has claimed to have left Natalee alone and drunk on a beach; he was also caught on hidden camera apparently confessing to the killing, and told Fox News that he sold her into slavery.

The case, however, remains unsolved.

"I always thought the answer was right around the corner," Holloway told HuffPost in March. "Here we are nearly 10 years later and we still don't know." 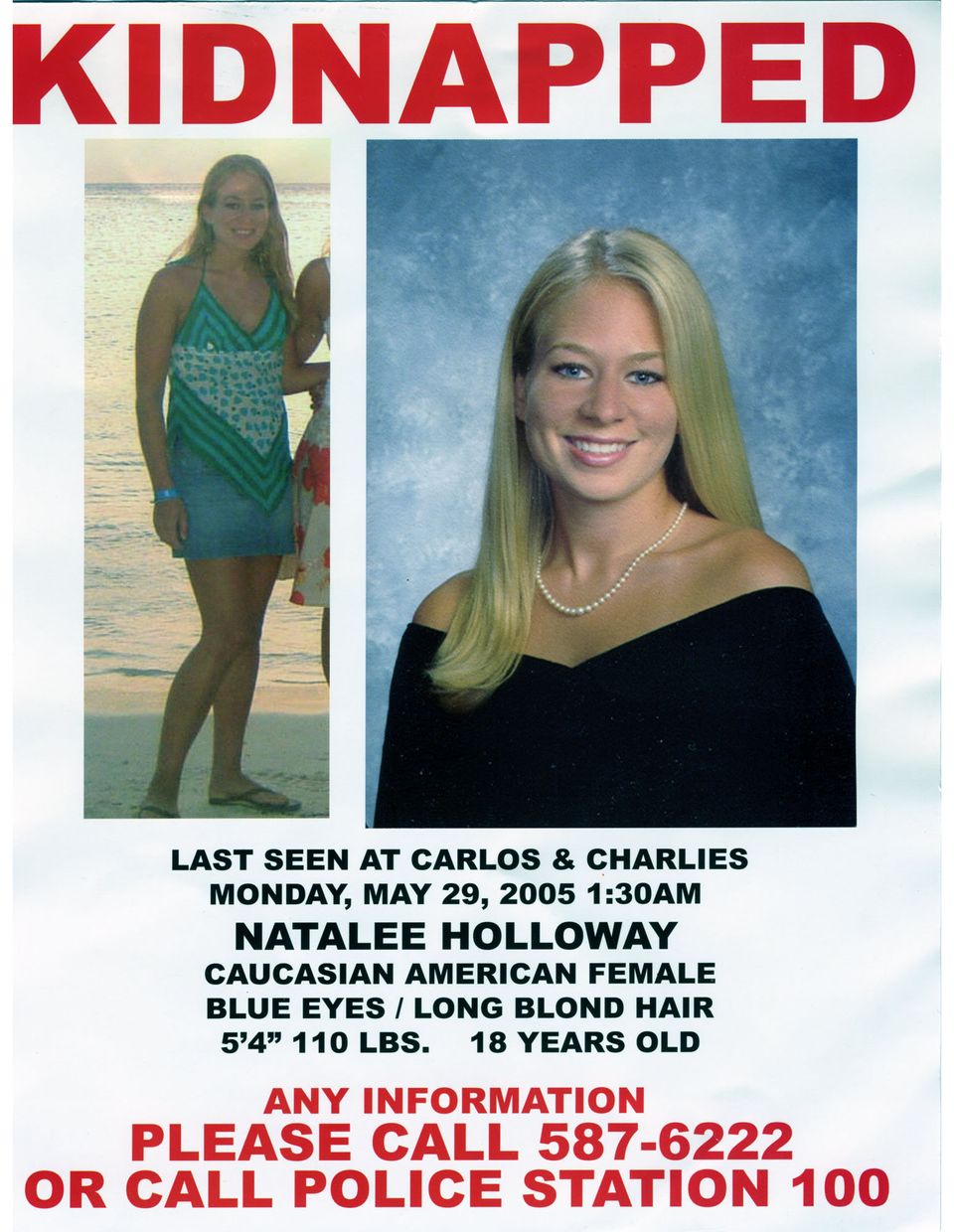 1 / 33
Natalee Holloway
This poster which was prepared and released by the Holloway family is seen Friday, June 3, 2005.
ASSOCIATED PRESS