Natalie Dormer has appeared in her fair share of explicit scenes in shows like "Game of Thrones" and "The Tudors," but she doesn't necessarily credit them with female empowerment.

“Female empowerment shouldn’t be exclusively about sexuality," Dormer told The Guardian. "And you meet a lot -- and I’m going to be careful what I say here -- you meet a fair fraction of male writers and directors who want to wave the equality flag and believe that they’re making you a kick-ass female assassin, and they’re empowering you. Whereas true empowerment would be… [laughing] you know, not a stylized, hyper-sexualization.”

The 33-year-old actress was recently criticized for comments she made about her GoT character Queen Margaery Tyrell's relationship with the underage King Tommen  -- who is 12 years old in the books, but played by 17-year-old Dean Charles Chapman. Dormer told one publication that "after what we’ve done on this show -- the rape, the incest, the child murdering" she was "baffled" by louder outcry to this storyline in particular. Some twisted these comments into the actress condoning sex with minors.

Dormer, who released a statement clarifying her remarks, challenged the outrageous misinterpretation while speaking with The Guardian, saying a man wouldn't have received the same pushback.

“The first point is that the male actors in the show don’t get a lot of flak when they’re raping and murdering, because people understand it’s fantasy, and yet if a female actress has to portray something -- which isn’t portrayed explicitly -- I get flak, personally," she told The Guardian.

Dormer noted that her role as Cressida in The Hunger Games films is a welcome reprieve from more sexualized roles and the anxieties that come with them. “It’s so refreshing to play a woman who’s not defined by the love of a man," she told The Guardian. "I was getting a little tired of sitting around in a silk skirt. It was a good antidote to put on a pair of army boots and run around in the mud for nine months,”

PHOTO GALLERY
12 Times The Women Of 'Game Of Thrones' Were Super Fierce
Download
Calling all HuffPost superfans!
Sign up for membership to become a founding member and help shape HuffPost's next chapter
Join HuffPost 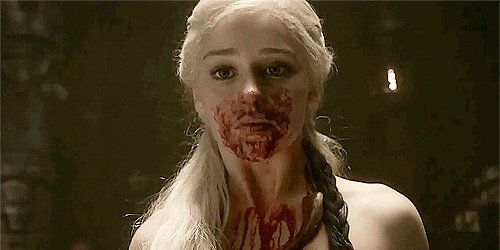