Natalie Portman goes topless in this new ad for Miss Dior Cherie perfume -- and don't worry, there are no swan wings involved.

Portman, up for a Golden Globe this weekend for her starring role in Black Swan, was unveiled as the new face of Parfums Christian Dior on December 9th. At the press conference, she joked about her younger co-star in the ads, which are directed by Sofia Coppola, calling herself "a cougar." 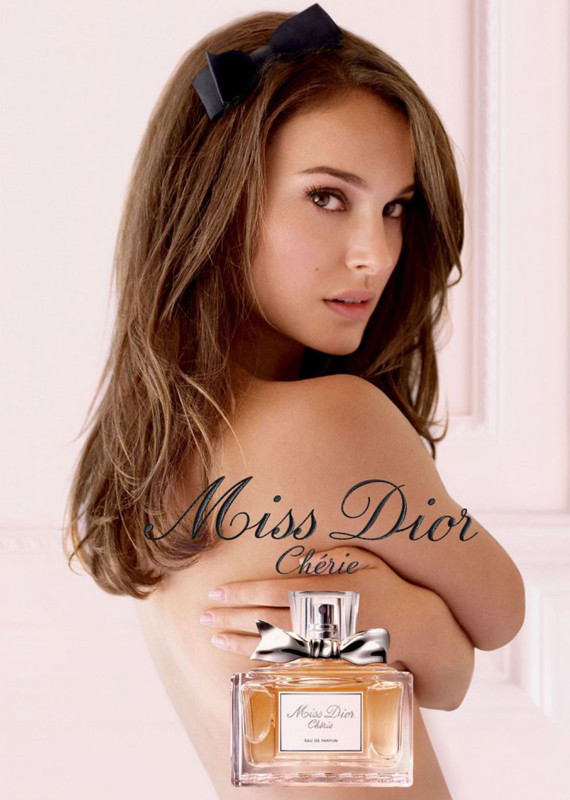