All of us experience things that completely hit the reset button on our lives. For Nate Berkus, it was surviving the 2004 tsunami that took the life of his partner, photographer Fernando Bengoechea. Here, the designer shares some of the lessons he learned about hanging on and moving forward. As told to Joan Podrazik.

Wait For The Glimmer
In the weeks after the tsunami, I didn't have the strength or energy to get out of bed. I wasn't eating much or able to carry a conversation. Then one day, I realized I was bored. I wanted to shower, change out of my sweat pants and leave the house. I saw a glimmer of my former self. A lot of people can feel really guilty about that choice of wanting to live, but I embraced it. That was somebody -- something -- giving me a second chance. The desire to go to a store with my mother and walk around for a half hour -- that was somebody throwing me a rope.

Accept The Moviegoers And The Hand Holders
After the tsunami, I had some friends whose energy I found extremely comforting. They sat with me in silence when I needed it, and also offered valuable advice. The most surprising thing? These were the people I least expected to be there for me. I didn't know they had that capacity -- but I had also never needed to see that side of them before.

Then there were other people I was -- and still am -- incredibly close to who just didn't have the skill set or tools to give me what I needed in that moment. At first I was angry, but then I realized not everybody can jump into the role of therapist, grief counselor or recovery co-pilot. Some people just don't have that in them.

One friend, in particular, wasn't able to come over and cry with me for hours. But when I was ready to go see a movie, I thought: "I can't wait to see her. Let me call her because I know she'll be able to distract me from this." Everybody falls into his or her natural role. Try not to judge people for what they're capable of giving you. Instead, accept them for who they are and what they can do.

Avoid The Quagmire
Grief is an intensely personal process. Its timeline is not linear; it's more like a roller coaster. Just when you feel like you're coming out of it, the next day you're worse than you ever thought you would be. A week later, you may feel optimistic again. Still, it's really important not to get stuck -- and you know you're stuck when you don't want to live anymore. That was my goal: I just didn't want to be stuck. I didn't want there to be two tragedies. I didn't want Fernando to have lost his life or waste the rest of mine because he was no longer there.

One thing that helped me -- and I shared it on "The Oprah Show" with a mother who lost her 9-year-old son -- was to not give dates or anniversaries power. A lot of people can't deal with those times, and it's alright to be sad. You might also wake up on that anniversary and be fine. And that's absolutely okay too. Let your feelings come when they want to and you won't have to live in fear 364 days a year.

Find Your Ultimate Question
Since the tsunami, I've defined everything by my ability to survive. Because of that, I'm always asking myself the ultimate question: Can I survive or can't I? From business to breakups, it's helped me gain perspective. In tough situations, I can say, "Okay, this is a really shitty moment right now, but where is this in comparison to what I've gone through in the past?" Knowing that I survived something so many people didn't makes accepting the world on the world's terms a little easier. 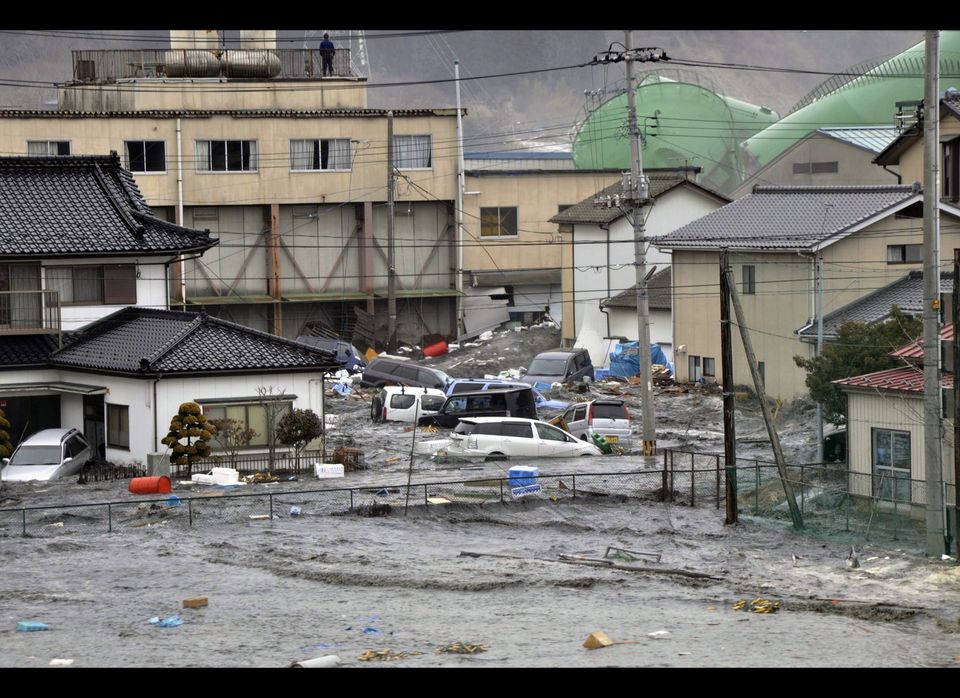 1 / 5
March 11, 2011
A magnitude 8.9 quake strikes off the northeast coast of Japan, sending a tsunami across the Pacific and killing a still-undetermined number of people.
Getty