The soldier killed in Wednesday's shootings near the Canadian Parliament in Ottawa has been identified as Cpl. Nathan Cirillo, the Globe and Mail reports.

According to CBC News, Cirillo was a 24-year-old reservist from Hamilton serving in the Argyll and Sutherland Highlanders of Canada regiment.

Cpl. Cirillo was shot a little before 10 a.m. on Wednesday morning, when a masked gunman opened fire at the Ottawa Memorial where Cirillo was one of two reservists standing guard. The gunman then made his way to Parliament Hill, where he was killed by the sergeant-at-arms.

The Toronto Star reports that Cirillo had a young son.

"Nathan was a good man," Cirillo's friend Marie Michele told CBC News. "He would give anything to anyone," she added.

Just on Sunday, Twitter user Megan Underwood snapped a picture of Cirillo in full dress uniform while visiting the memorial with a friend.

On Sunday, we asked a very handsome guard for a picture with my friend visiting from Cali - RIP Nathan Cirillo pic.twitter.com/q80EZ6nwmo

Ottawa officials confirmed in a press conference on Wednesday afternoon that shots were fired at the National War Memorial and Parliament Hill. Officials also said that one male gunman was killed. An official later identified the man as Michael Zehaf-Bibeau. Officials would not confirm or deny reports of multiple suspects during the press conference. 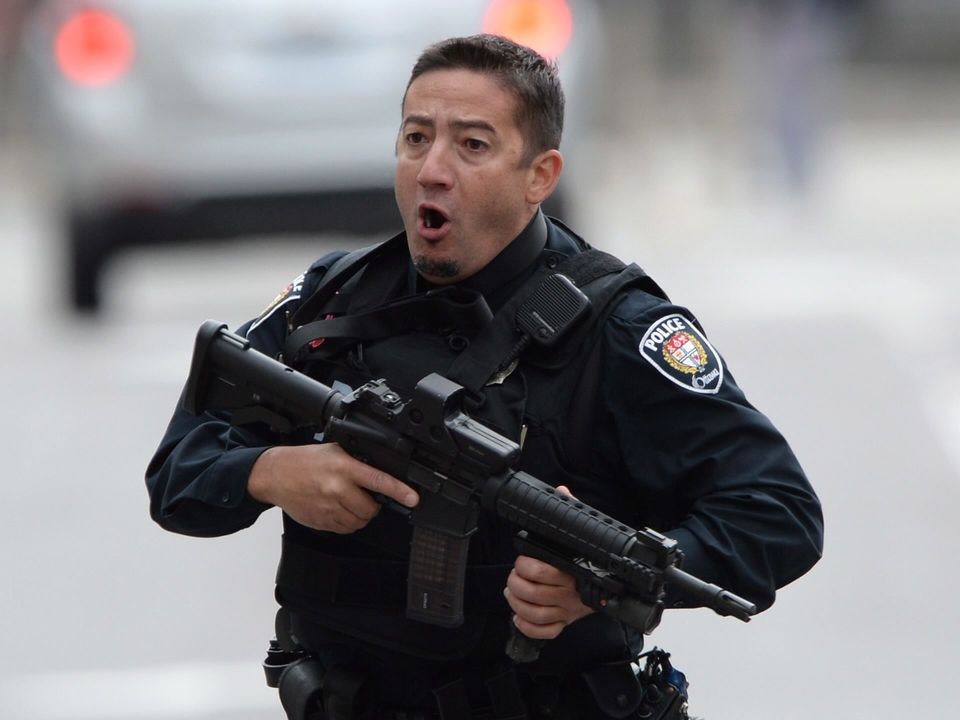