Dear parents: If you received a text from your son or daughter that sounded like they accidentally messaged you about drugs, it was likely the work of comedian Nathan Fielder.

Fielder, the star and co-creator of the excellent Comedy Central show "Nathan For You," sent out a tweet to over 30,000 people instructing them to prank their parents by pretending to send a text that appeared to be a drug deal.

Experiment: text your parents "got 2 grams for $40" then right after "Sorry ignore that txt. Not for you" Then tweet pic of their response.

The comedian gave credit to Michael Koman, the co-creator of "Nathan For You," for helping him devise the gag.

"Nathan For You," which just finished its first season, features Fielder going to (real) small businesses and devising ways to help them optimize brand awareness, so this type of practical joke is not uncharacteristic for Fielder. He also caused a minor media stir for making a staged video of a pig rescuing a drowning goat, which went viral before Fielder admitted that he made the video as a test of the gullibility of the media.

As the retweets from his followers suggest, this Twitter prank indeed scared plenty of his followers' parents into thinking their child was getting wrapped up in drugs. Check out the slideshow below to see some livid reactions to the tweet. 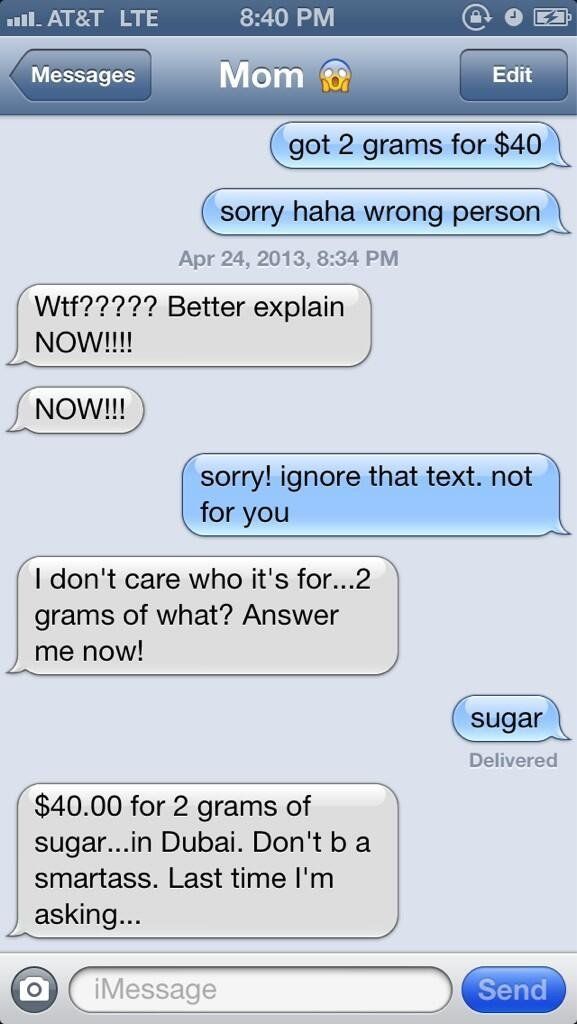