A bunch of years ago, there were two shows back to back at the Museum of Arts and Design that really wowed me. Radical Lace and Subversive Knitting was a two part exhibition in which contemporary artists used "fiber in unexpected and unorthodox ways." Growing up in a household in which knitting was passed down from generation to generation (my mother often talks of the knit dresses her grandmother used to make for her dolls), it has always been a craft that I have admired and often brought into our own work at the studio. Last February, for instance, in our pop-up shop Wood Shop, our ambush of Nolita's Haus Interior, we created a series of crocheted pillows of iconic tools from the wood worker's atelier. The below paint can and brush were my favorites.

When we were creating Wood Shop, we kept running into the art of Nathan Vincent, and his work was very inspiring to us. I knew at first sight that we were birds of a feather. Not only am I interested in art that is made from repurposed materials, but one of the goals in our studio is to conceptually embed meaning into the material we work with. Nathan so beautifully explores handicraft while asking questions of gender: What is women's work? What is work for men? 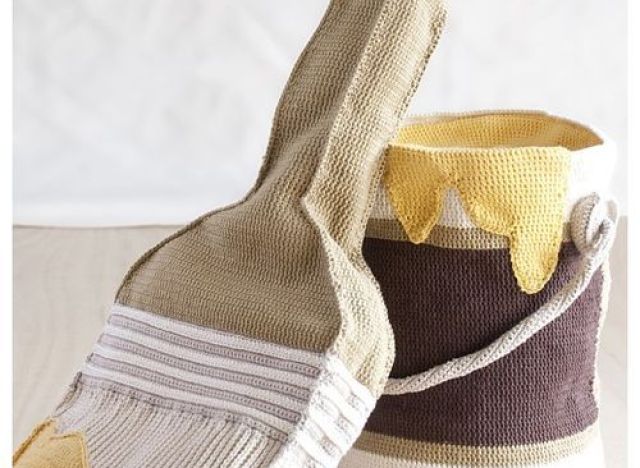 Recently, Nathan was kind enough to share a chat with me, and boy, is he articulate:

David Stark: Where did you grow up and when did you learn to crochet? Who taught you?

Nathan Vincent: I grew up all over the midwest. My dad was a pastor, so we moved from church to church as he got bored of the politics at each location. I lived in Michigan, Oklahoma, Michigan again, Kansas, and a bit of time in California. I knew that my mother could crochet because of the afghans we had around the house, but I never saw her doing it. I asked her to teach me at one point, and after some nagging, she finally broke down and showed me. I made about 10 granny squares and then quit. After that I taught myself to knit and made a scarf and some mittens, and then put it all away until I was in college.

DS: What intrigues you about your medium?

NV: Crochet allows me to make something out of nothing in a fairly simple way- one stitch at a time. I like the process of turning a material into an object you'd never imagine. Origami really impressed me when I was a kid- taking a flat sheet of paper and developing it into a 3 dimensional object was fascinating, and I think my obsession with crochet sort of grew out of that.

DS: Do you find that your medium sometimes does not work for the ideas you have? Or do you only come up with ideas that work with your medium?

NV: I work more conceptually than that, really. The whole crochet project started because I picked up a hook at my friend's house in college. I played around with it and realized it could be sculptural, not just flat and functional. When I discovered this it became clear that people thought crocheting was really for women, and I started pushing that misconception with my work. I started to talk about tasks and activities and objects that were seen as gendered and tried to make work that would bring these ideas of gender permissions to the viewer's mind. From there the artistic concepts have grown beyond the binary masculine/feminine dichotomy; and the objects and installations I make now are more driven by ideas of power and control and where we fit within those structures. So, the short answer to your question is that the medium started out dictating the process, and now it bends to meet the concept I am working on.

DS: What do you see as the difference between design, art, and craft? Where do you see yourself within that world?

NV: Ahh, the million dollar question. There are differences between all of these, but in my humble opinion the most important factor is intent. If you want to make a hat for your granddaughter, you are most likely into craft. If you are setting out to create an object that will function in a certain way and maybe make life better or easier, you are probably working in design. If you are intending to express a certain idea, get people thinking, ask questions, or push boundaries, you are most likely making art. Obviously there are overlaps and times when none of these "restrictions" make sense, but that's generally how I see it. I find all three pursuits equally important, and they all have their place in society, I just happen to identify with the artist side of things.

DS: Which artists inspire you?

NV: You know, I used to try to keep a list of favorite artists, but the world is full of amazing people doing amazing things so it's hard to pin it down to a few people. I think I'm most interested in artists who point out the strangeness of the world, and who do it in a surprising manner.

NV: A mess. Well, at least at the moment. I'm preparing for a large exhibition in February, and there is yarn everywhere. My partner is a saint and lets me turn the entire apartment into an art studio when I'm in frantic making mode. When I'm not under a pile of yarn, we try to keep things tidy, because we both like light open spaces.

DS: You have been a resident artist at the Museum of Arts and Design for a little while now. What is that experience like? Have you seen a shift in your work because of that?

NV: My residency just ended in December, and I'm a bit sad about that because it was one of the most amazing experiences I have had as an artist. The residency program there is an open studio, which means you work in the space, and visitors from the museum come in and watch you make and discuss the artwork with you. I found it incredibly helpful as it forced me to think about my art and explain it from all different angles. The instant feedback, which is lacking with most artist's solitary studio life is invaluable. I got to see how people reacted to the work, what they understood and what they didn't, what sparked interest, and most importantly, how my artwork could be better. My work really did evolve during this process. You know how I mentioned that my work used to be about gender roles and opened up to be about our roles in society and power structures? That evolution came about while working at the Museum of Arts and Design. 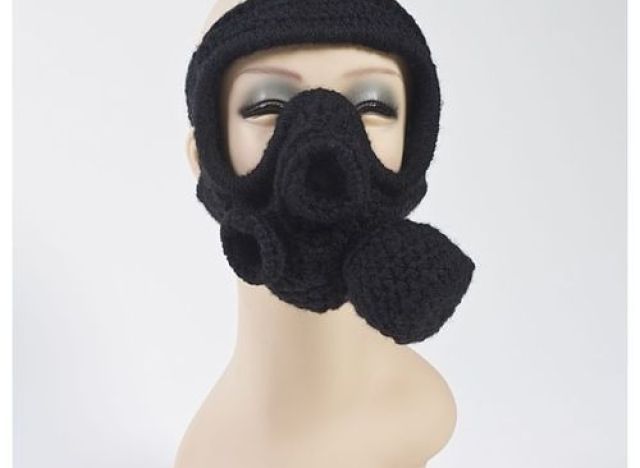 DS: If money and time were not an issue, what would your dream project be?

NV: You know, about 8-10 months ago I would have had an answer for you. I would have told you that I'd quit my job and have a solo exhibition. But now, having quit my job and with an exhibition set to open in February, I realize I can do whatever I set my mind to and I try to view the world as a limitless place. Why be held back by ideas of money or time limitations? These limitations really don't exist- they are just ways of procrastinating. If you truly want to make something, you can find a way. And that's the way I'm approaching life. My next step is to look into grants and foundations and other residency programs as ways to achieve my upcoming goals.

DS: What's next for Nathan?

NV: I've got my exhibition opening up at Mighty Tanaka Gallery in Dumbo (Opens February 15th in Brooklyn, NY) and several shows throughout the country this year. In addition to that, I'll be working on a travelling piece that will "live" in different locations around the world. It will have a video element to it, which will allow it to record its surroundings and then project them back inside the piece. As it travels, its vocabulary will build and expand, the way our own vocabulary of experiences builds as we go throughout life. Another piece I hope to build revolves around a play place for adults- maybe one of those large ball pits you are banned from by the time you are 12. A place for adults to be frivolous and fancy free- no kids allowed! HA!

Take a look through our slideshow for more of Nathan Vincent's work.

huffpost homecrochetmuseum of arts and design
Go To Homepage