We have a wiener.

The annual Nathan's hot-dog eating contest was a cake walk for six-time defending champing Joey Chestnut who downed 69 frankfurters and buns in 10 minutes for his seventh consecutive victory.

The only competition came from Matt Stonie. The second place finisher consumed 51 dogs and buns at the Coney Island battle of intestinal fortitude.

The 210-pound competitive eating titan known as "Jaws" broke his own record of 68 franks, which he set in 2009 and tied again last year.

Chestnut, 29, was expected to easily defend his title. Supporters carried him to the stage before the event in a mustard-yellow chair like an Egyptian pharaoh.

Sonya Thomas, aka "The Black Widow," successfully defended her title in the women's event in an unexpectedly close battle. Thomas, who weighs 100 pounds, ingested 36 and three quarters franks to edge out second place finisher Juliet Lee, who ate 36.

In the world of competitive eating, the Nathan's hot dog eating contest is the gut-busting and artery-clogging equivalent of the Super Bowl. It's by far, the most coveted eat-off.

Coney Island, actually a peninsula at the southern end of Brooklyn, was badly damaged by Hurricane Sandy last fall. 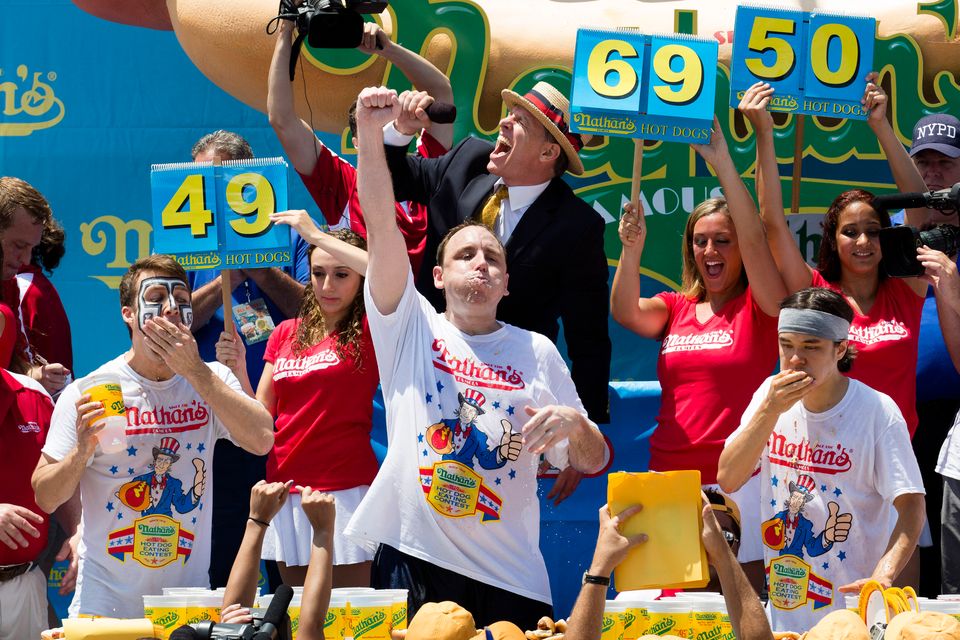