Where would we be without friendship? In honor of National Best Friends Day on June 8th, we've compiled a list of some of the best friendships on TV. From animated cavemen to Upper East Side socialites, here are 22 times TV got it right when it comes to one of life's greatest treasures. 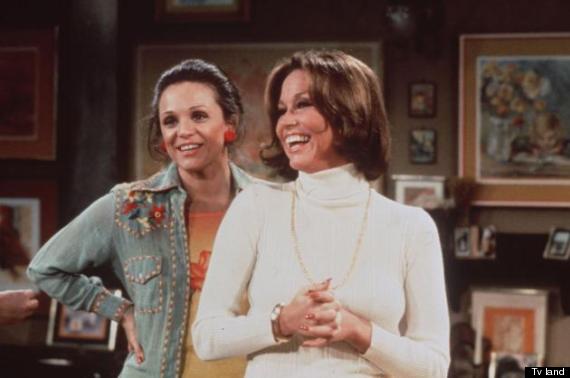 Maybe you related to spunky and stylish Mary or saw yourself in the brutally-blunt Rhoda, but it was these ladies' friendship that really stole the show. Rhoda could always be counted on for tough love and Mary was always there to keep Rhoda positive about her luckless life. 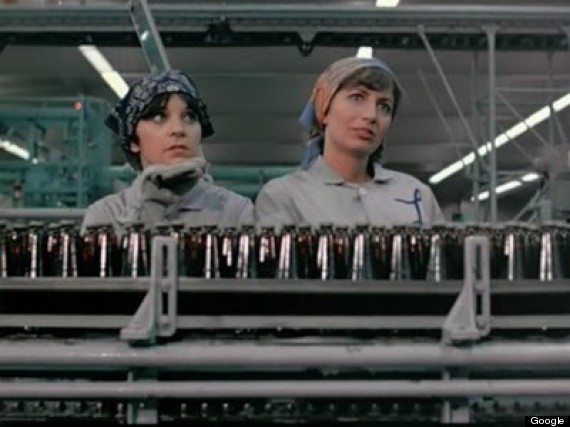 Schlemiel! Schlimazel! Hasenpfeffer Incorporated! "Laverne and Shirley" featured two women trying to make it in their Milwaukee town. We were sad when the show finally ended, but we’ll never forget that Yiddish hopscotch chant!

Miranda, Carrie, Samantha, and Charlotte - "Sex and the City" 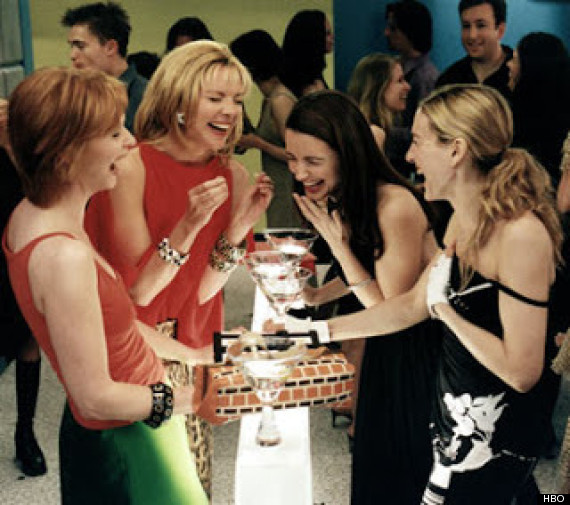 "Sex and the City" had it all: the world’s greatest city, handsome guest stars, trend-setting costumes and plenty of, well, sex. The show became a hit on HBO and even spawned two movies, but the true reason it succeeded on TV came down to friendship. As Charlotte so eloquently put it: "Maybe our girlfriends are our soul mates, and guys are just people to have fun with." 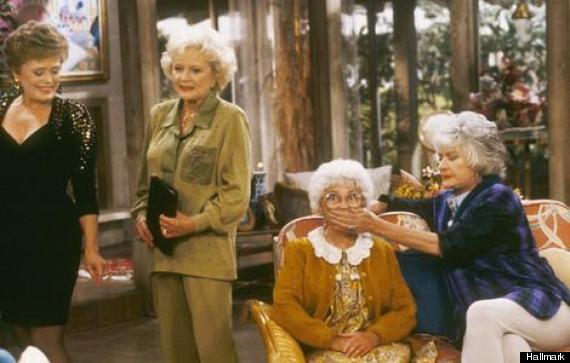 Before Miranda, Carrie, Samantha and Charlotte there was Blanche, Rose, Dorothy and Sophia. "The Golden Girls" were the original foursome, with antics that came from a set of personalities as diverse as any pseudo-family on TV. 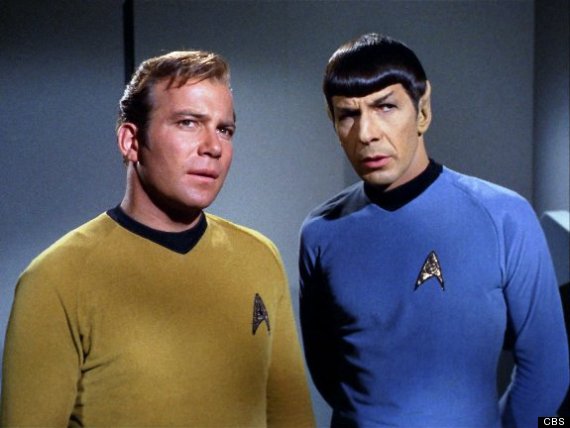 These two had a rocky start to their friendship. Kirk didn’t like Spock’s view of things and Spock thought the impulsive captain embodied everything wrong with the human condition. They had a tumultuous relationship and often challenged each other but as the seasons went on, both men came to have a deep respect and love for one another. 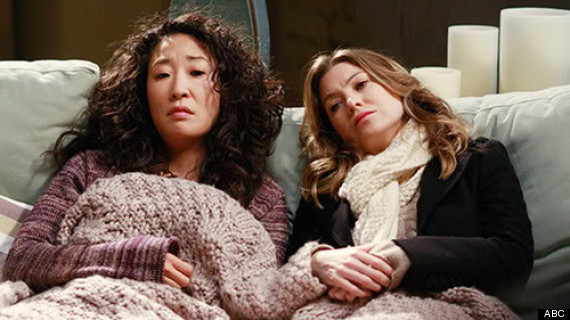 Everyone needs a person, and for Meredith Grey that person was Christina Yang. Meredith and Christina’s friendship spanned ten seasons and saw the women endure George’s death, divorce, hospital shootings, helicopter crashes and everything in between. The only thing that didn’t change on the show was the bond Meredith and Christina shared. 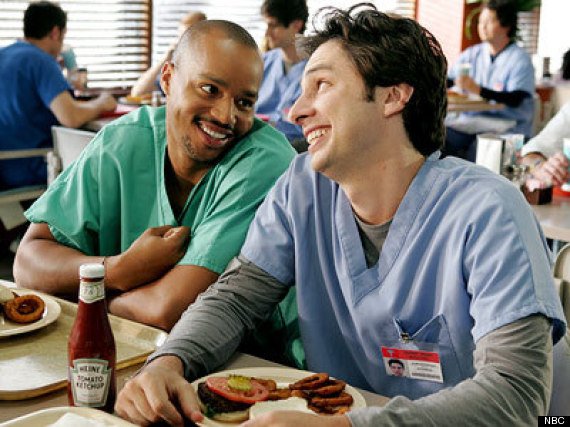 These guys loved to test the boundaries of male friendship with their excessive displays of PDA and generally adorable shenanigans. They represented everything that’s sickeningly sweet about relationships and taught us what true bromance is all about. 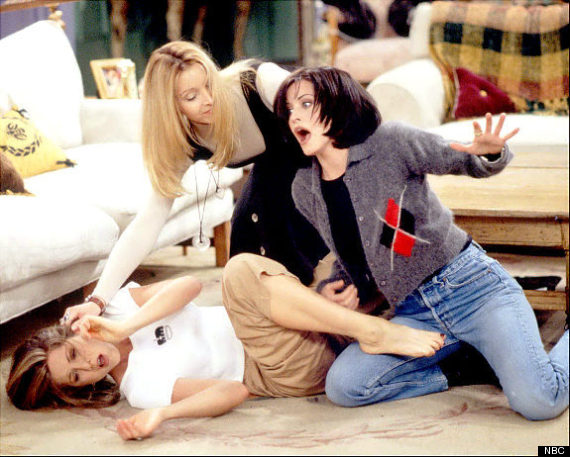 The female half of the famous sextuplet -- Monica, Rachel and Phoebe -- were everyone’s favorite girlfriends during the ‘90s. They dealt with crappy boyfriends and careers together. From inspiring hair trends to kissing brothers to advocating a hippie way of life, each of the girls had their own individual quirks but always managed to balance each other out.

Lucy and Ethel - "I Love Lucy" 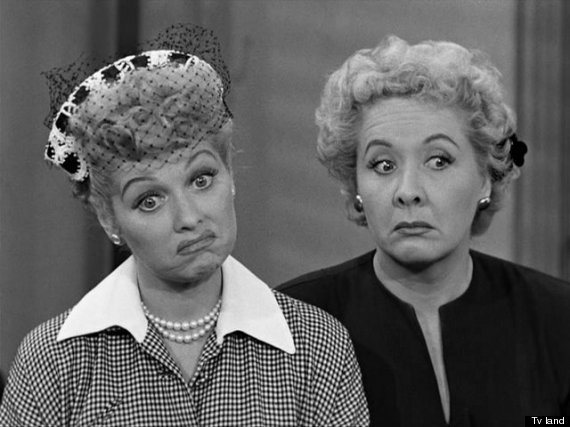 The women of "I Love Lucy" were our first true example of female friendship. Ethel was everything a good gal pal should be: loyal, honest and willing to go along with Lucy’s latest train-wreck idea, while Lucy was the dreamer who gave Ethel the excitement she craved. Each woman completed the other and as a team, they were the true comedic stars of the show.

Michael and Dwight – "The Office" 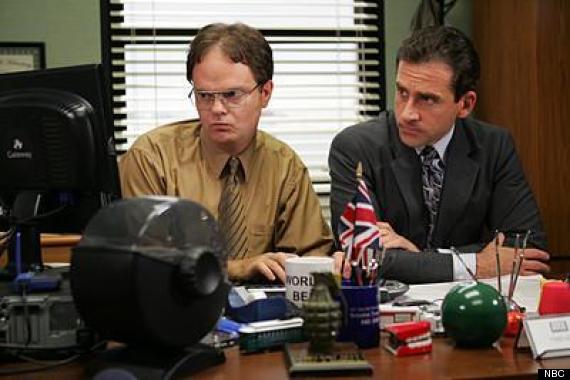 Fact: Dwight and Michael were the best male duo the offices at Dunder Mifflin have ever seen. The Regional Manager and the Assistant (To The) Regional Manager ran their motley crew of paper-pushing employees with a firm hand and ridiculous philosophies. Sure, they had their rough patches, but they garnered the most laughs out of any of the characters on the show. (Take that, Jim Halpert.) 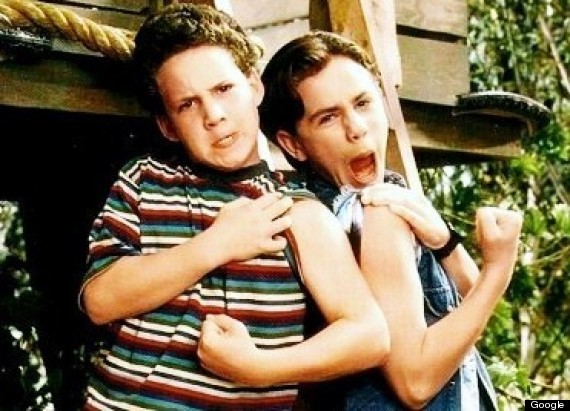 Cory and Topanga weren't the soul mates on this show. We loved Topanga, but no one really completed Cory like his childhood best friend Shawn. They dealt with girl troubles, high school English classes, and the Stuart Minkuses of the world. 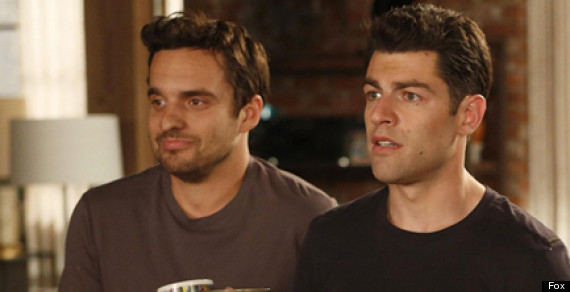 If you don’t think Nick Miller and his douche-jar filling pal are the best example of true bros, you don’t know Schmidt. The guys from "New Girl" met in college, one an apathetic stoner kid, the other an overweight nerd. They’ve changed a lot over the years -- Schmidt dropped the baby weight, became a ladies man and landed a job at an advertising firm, while Nick got a haircut) -- but they always remained friends. 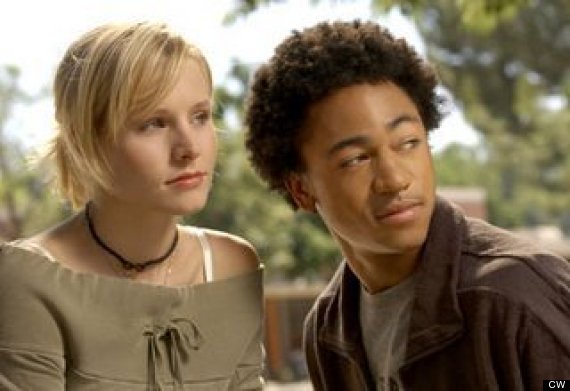 Wallace was the good-natured Watson to Veronica Mars’ Sherlock Holmes. They met when Veronica cut him down from a flagpole he’d been tied to in the first episode, and stayed friends on account of Wallace’s willingness to go along with his trouble-magnet of a friend as she solved murder cases. 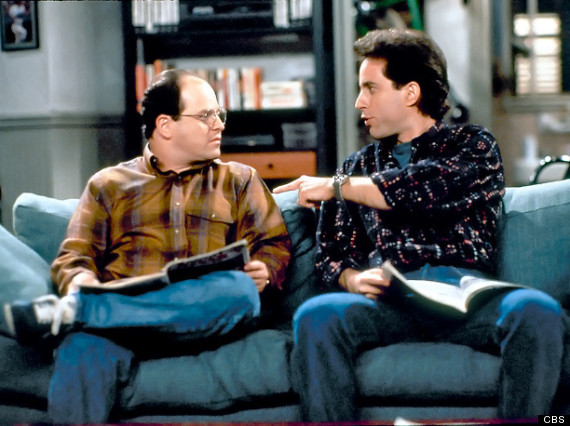 Jerry and George were everyone’s favorite comedic duo in the ‘90s. George was the bald guy with a sense of self-loathing. Jerry was the eternally optimistic stand-up comedian. They met in high school and remained friends throughout their adult lives, despite George’s fondness for referring himself in the third person. 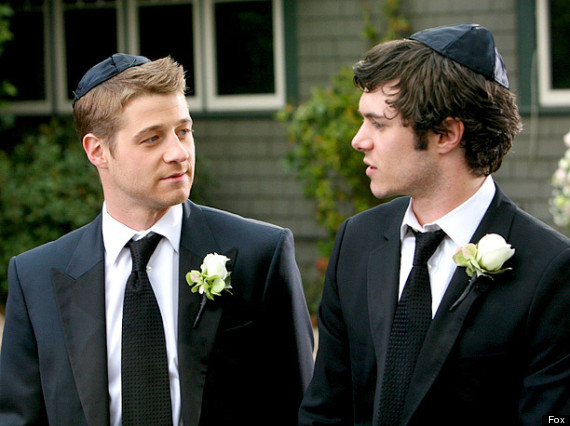 It’s "Lady and The Tramp" all over again with this Orange County bromance. Ryan was the rough kid from the wrong side of the tracks and Seth was the rich kid who preferred comic books to high school parties. The guys were from different worlds, but shared a common bond of brotherhood. They showed us that sometimes your friends are your family.

Fred and Barney - "The Flintstones" 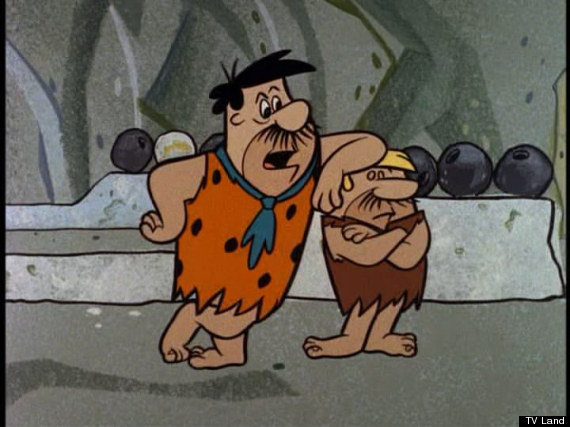 Even cavemen need a best friend. Fred was the family man who dreamed of more and Barney was his do-gooder counterpart, always there for support. From dealing with prehistoric dinosaurs to working in the rock quarry to sharing their love for bowling, this animated duo showed us friendship existed even in the stone age. 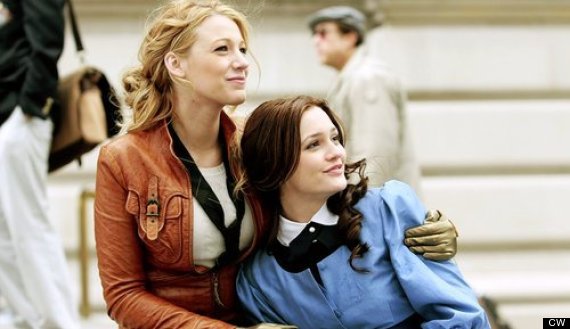 This Upper East Side duo gave us a hard look at what high school friendships are all about: chauffeured limo rides, private schools, designer clothes and plenty of gossip. Ok, so it wasn't realistic, nothing on the show was, but that didn’t stop us from loving it. XoXo. 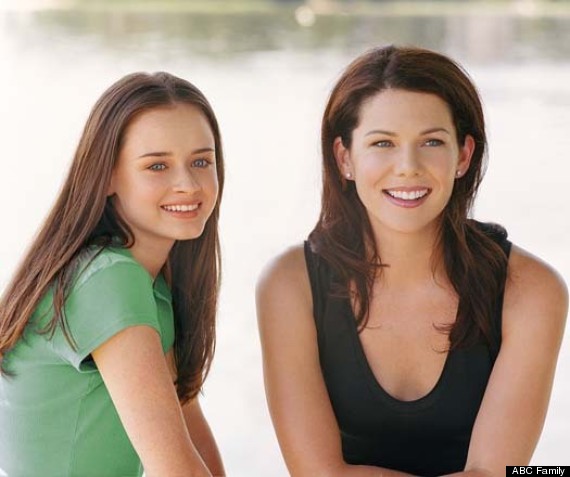 Okay, technically they were mother and daughter on the show, but Rory and Lorelai’s relationship on "Gilmore Girls" still counts as a best friendship. They shared everything together, including innumerable calories. 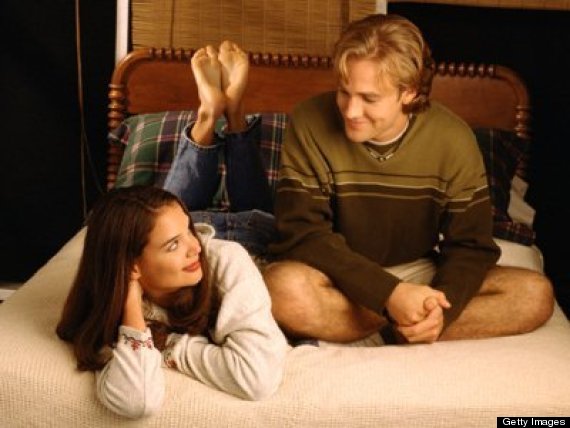 These two were once love interests but always friends on "Dawson’s Creek." They fell into the trap of becoming more than friends, but after Joey ultimately chose Pacey as her one true love, the pair renewed the hope of a generation by remaining good pals. 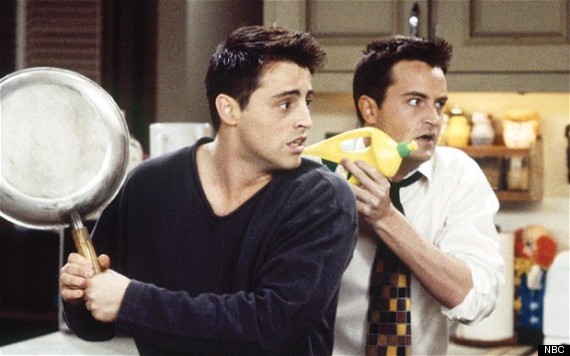 Joey and Chandler were the real old married couple on "Friends" (sorry, Monica). The boys roomed together in earlier episodes. Their friendship didn’t start off too well, but eventually bonded over their shared love of beer and "Baywatch." 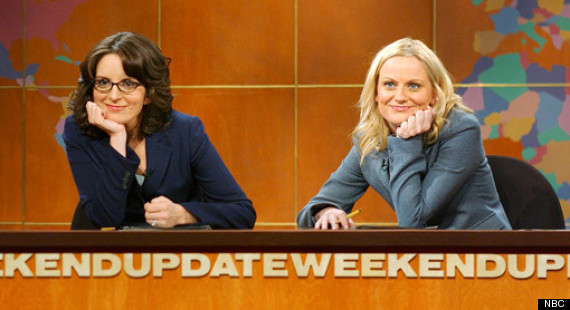 We couldn’t have a best friendships on TV post without putting these two funny-women on the list. They might not play friends on the late night sketch comedy "SNL" but they are the best co-anchors to ever man the Weekend Update desk. The fact that the ladies are such good friends off-screen lent itself to their hilarious chemistry in front of the camera.

Karen and Jack - "Will And Grace" 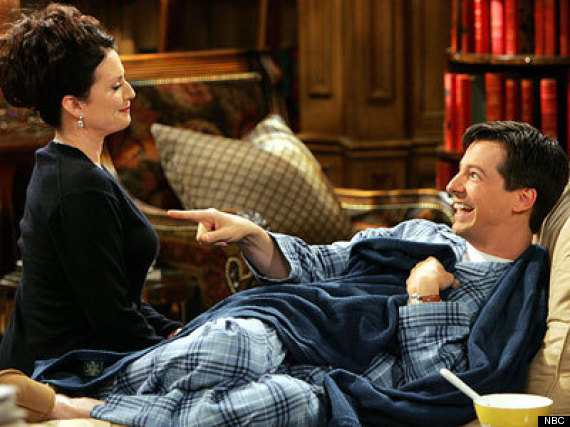 The show might have been named for its main characters, but the true stars of "Will & Grace" were Karen Walker and Jack McFarland. Karen and her “poodle” had each other (and vodka) to lean on through her failed marriages and Jack’s failed career choices.

CORRECTION: A previous version of this article attributed the Sex and The City quote to Carrie Bradshaw. It was in fact said by Charlotte York.