An estimated 200,000 book-lovers gathered in Washington DC for the National Book Festival. Organized by the Library of Congress with Honorary Co-Chairs President Barack Obama and First Lady Michelle Obama, now in its 11th year, the National Book Festival was co-founded by former first lady Laura Bush in 2001. It is organized and sponsored by the Library of Congress and was held between 7th and 14th Streets on the National Mall on Sept. 24-25, 2011. View photos of many of the 100 authors, illustrators, and poets that participated and gave talks in the History and Biography, Contemporary Life, Poetry and Prose, Fiction and Mystery, Teens, and Children's Pavilions. Including photos of David McCullough, Eugene Robinson, Jim Lehrer, Toni Morrison (Nobel Prize winner), Julianne Moore (actress), Garrison Keillor, Rita Dove (poet laureate of US), Jennifer Egan, Hoda Kotb, Gregory Maguire (Wicked author), Edmund Morris (Reagan and T Roosevelt biographer), Sylvia Nasar (A Beautiful Mind), Amy Chua (controversial "Battle Hymn of the Tiger Mother"), Isabel Wilkerson, Siddhartha Mukherjee (Biography of Cancer).

Additional pictures can be viewed in very high resolution by clicking here. 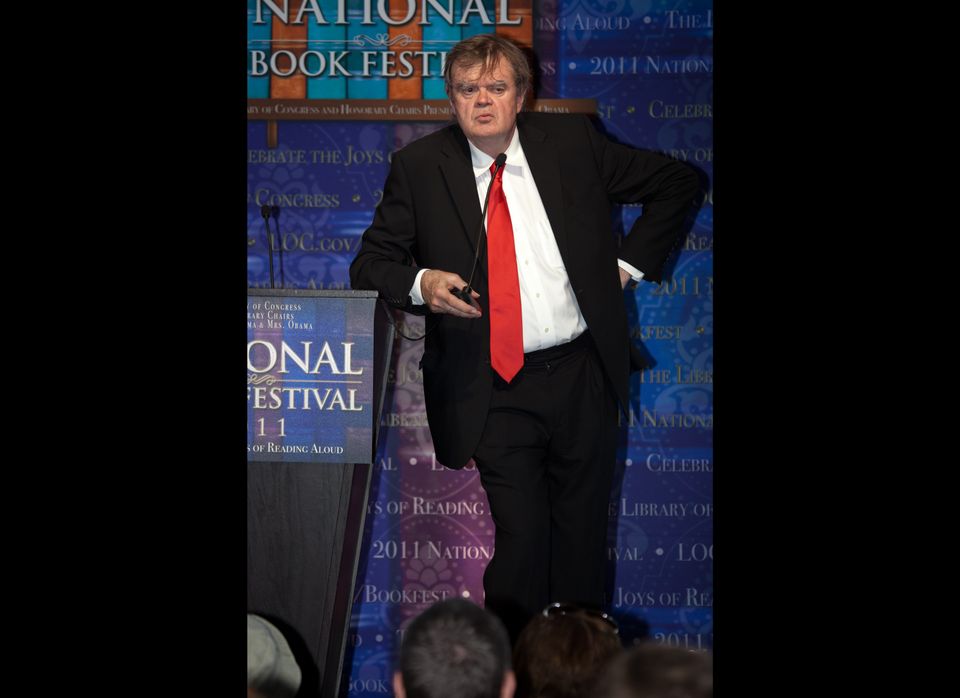 1 / 37
Garrison Keillor
Garrison Keillor. The place "where all the women are strong, all the men are good looking and all the children are above average" is the creation of Lake Wobegon's founder, Garrison Keillor. The show began as a morning radio program on Minnesota Public Radio in 1969, called "A Prairie Home Companion" and in 1974, it became a live radio broadcast. Keillor also hosts the daily radio show "The Writer's Almanac," during which he reads poems and recounts the day in history. "Good Poems, American Places" (Viking) is Keillor's latest book, in which he offers some of his favorite poems, organized by regions of America.