Cats get no respect. 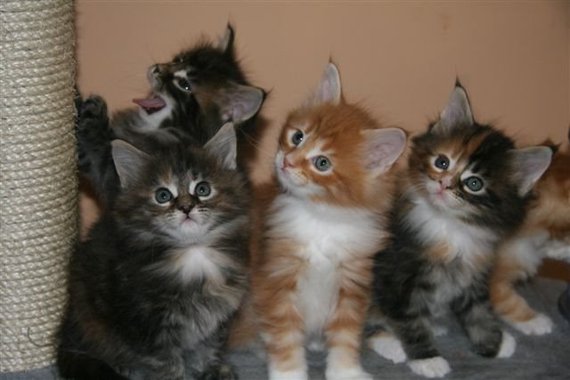 They're the Rodney Dangerfields of the pet world. An afterthought. Second best. The Chanukah wrapping paper in a store teeming with Christmas merchandise. You'll find miles of ribbon, tags, candy canes, and cartoon Santas... but only two dusty rolls decorated with dreidels. Ever notice how much space Petco actually gives cats? All that feline food, litter, toys, and furniture barely fills a few aisles. But dogs?

And it's the same at the animal clinic, where dogs dominate, slobbering and sniffing crotches and leaving puddles on the clinic floor. You'll never catch a cat doing that; they're far too fastidious. While dogs let loose all over the linoleum, cats stay cool, quiet and contained inside their pet carriers. When the technician hands you pre-printed discharge instructions for your pet, it's all about how the meds affect dogs. Side effects for cats are listed -- literally -- in parentheses.

Ever notice when someone describes a cat as "doglike" it's supposed to be a compliment? What, they're surprised a cat is affectionate or comes when called? People write soulful homages to dogs -- Marley and Me, or The Art of Racing in the Rain -- but rarely to cats. Check out the book store (good luck finding one.) You'll see titles like My Cat is Trying to Kill Me.

You're probably thinking, Oh yeah, crazy cat lady? What about all those cat videos that rule the Internet? What's with all the cat memes?

Yes, dogs offer mindless devotion, while a cat's love needs to be earned. You've heard the joke: dogs have owners, cats have staff; dogs come when called; cats take a message and get back to you later.

Cats actually outnumber dogs as the pet of choice. According to the Humane Society, Americans own 83.3 million dogs -- but 95.6 million cats. Here's why: Cats are low-maintenance pets. They smell better than dogs. Cats will never eat your baby. They'll never hump your leg. They don't need to be walked, and they bury their poop.

You know, the one nobody picks first.