When Mary Margaret Gefre's boyfriend drove her to the train station in their small North Dakota town, the 19-year-old farm girl didn't tell him where she was headed on that brisk December day, clutching a small bag containing a rosary, her childhood prayer book, a few dresses and a pair of shoes.

She was bound for a cloistered convent in St. Paul, Minn. She was going to become a nun.
And though her story may sound like a tragedy to modern ears, the 84-year-old insists it's been a happily ever after. She is a short, wrinkled woman with stardust in her eyes and a mile of joy coiled in her body. "I am so glad I chose the sisterhood!" she says. "I would not exchange it for anything in the world."

The stories of Catholic sisters are a central but often untold part of American history - women who left their families and their birth names to make the ultimate leap of faith, living out vows of poverty, celibacy and obedience in the convent and the community.

Their vital contributions to our country are being celebrated through National Catholic Sisters Week March 8-14, a brand-new addition to National Women's History Month. There are more than 51,000 Catholic sisters in the U.S. today. Seven have shared their stories here, in their own words. 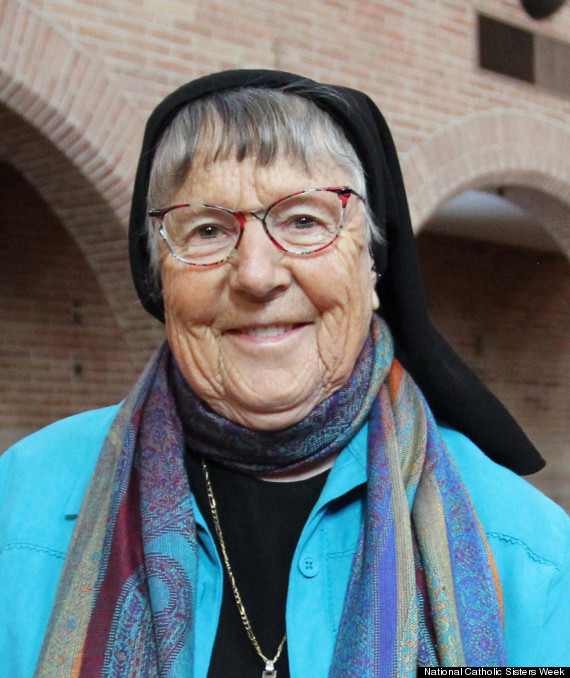 I dumped my boyfriend to become a nun

It was Valentine's Day and I had officially entered the Sisters of St. Joseph's community two weeks ago when I received a love letter and a box of chocolates from my boyfriend back home. The sight of Baltzer's neat cursive and urgent plea to come home opened a floodgate of emotion. It all came back to me. It was very hard to give him up, but I just knew my call by then. In my heart I felt that this was my home.

Baltzer went on to marry my younger sister, and I went on to receive many graces from God. Knowing I had made the right decision to pursue religious life was the best feeling. After struggling through the first year, I began to find my way. Soon I got into nursing, which I loved. I witnessed childbirth and I established an esteemed massage school to bring the healing touch to people in pain. I have always felt loved by my Heavenly Father, and my love for people is a fountain of youth. 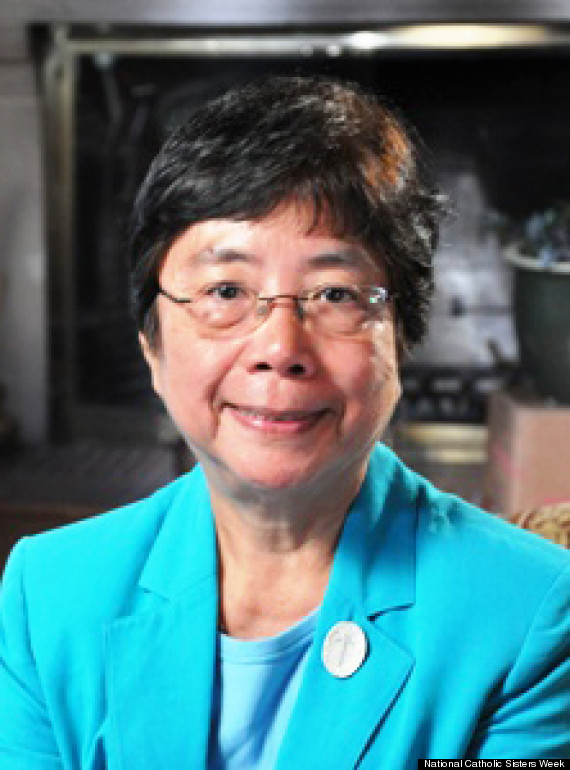 70-year-old virgin: I don't feel deprived by my vow of celibacy

I was in my 30s, working as a pathologist in New York, when I began to feel a yearning. I enjoyed my life, and I was never bored, but I was longing for something, a fuller commitment to a higher cause, something that extended beyond 9 to 5 and encompassed my entire life. I started to research and visit the Sisters of Bon Secours, whose charism or mission was to bring compassion, healing and liberation to those they serve. They have been doing it since 1824, and I saw a place for myself in that honorable tradition. I felt comfortable with the Sisters. I felt at home.

I've never felt deprived by my vow of celibacy. I don't feel as though I'm missing out on anything. I don't have a burning, unanswered curiosity about what sex is like. I'm a doctor. I've read about it, I understand. Celibacy is part of the life I chose, and it's a good life that nourishes many close relationships, people who know me and love me well. I've never felt lonely. I have no regrets. I don't have kids, but I'm making a difference in my own way, and religious life enables that. 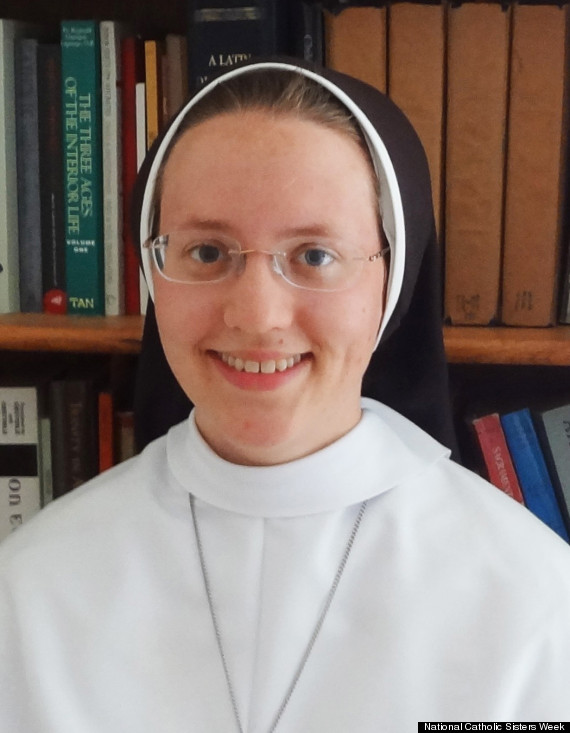 From Harvard to the convent: I am the bride of Christ

As I stood at the microphone, gazing out at the crimson-flecked multitude seated expectantly below me in Harvard Yard, I little dreamed that the speech I was about to declaim would soon be ricocheting around the blogosphere. The media attention followed less on the oration's being delivered in Latin - quite a few campuses maintain this annual tradition - but on the orator's unlikely career path: in a few short months, I would be joining a convent.

Having joined the Dominican Sisters of Mary, Mother of the Eucharist in Ann Arbor, Mich., four years ago, I no longer have a closet-full of clothing and shoes, but I can now empty the contents of my room into three bags in half an hour and be wherever God needs me. I never have to wonder whether I'm dressed appropriately: in the habit, I'm as ready for a soccer game as for a meeting with a university president. I don't get to choose when the wake-up bell will ring, and I don't get to choose where I'll be or what I'll be doing next year, but I do choose the exhilarating adventure of being fully available for Him. 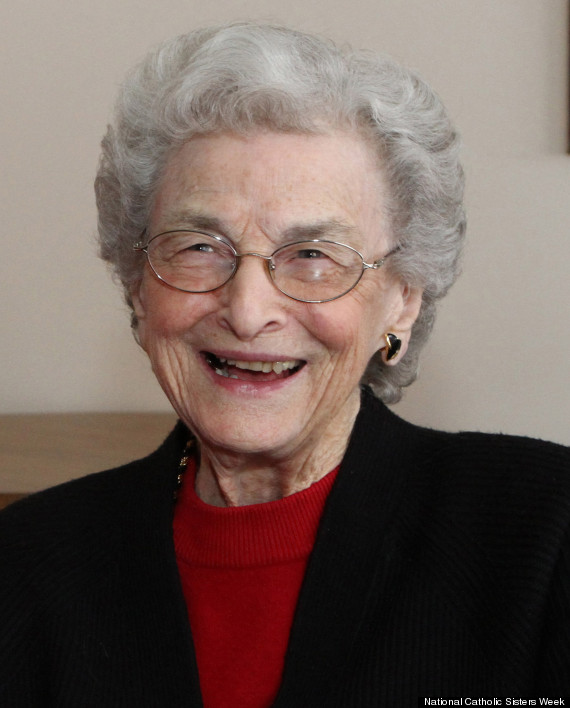 My mom disowned me when I became a nun

My mother, a devout Episcopalian, just about threw a fit when I told her I was entering the convent, joining my beloved teachers at St. Catherine College in St. Paul, Minn. She felt as though I would be throwing my life away by entering the convent. She believed I had such a promising future, and I'm sure she had visions of grandchildren. The fact that I was her firstborn made it harder, I think. Perhaps more of her hopes and dreams rested on my shoulders. I was 23 when I entered the novitiate, and I didn't pack anything from the house. I didn't dare act as if life was changing. So while other novices arrived with a trunk of their belongings, I arrived with just the clothes on my back. The nuns had gotten everything ready for me, right down to socks and underwear.

On the occasion of my 25th anniversary as a sister, I received a card from my mother, fancy black cursive written on cream stationery. "I just want you to know that, at the age 0f 23, you knew better than I did what was good for you," she wrote. It was an admission of her error and an affirmation of my wisdom, and it meant the world to me. A daughter never stops craving her mother's approval. 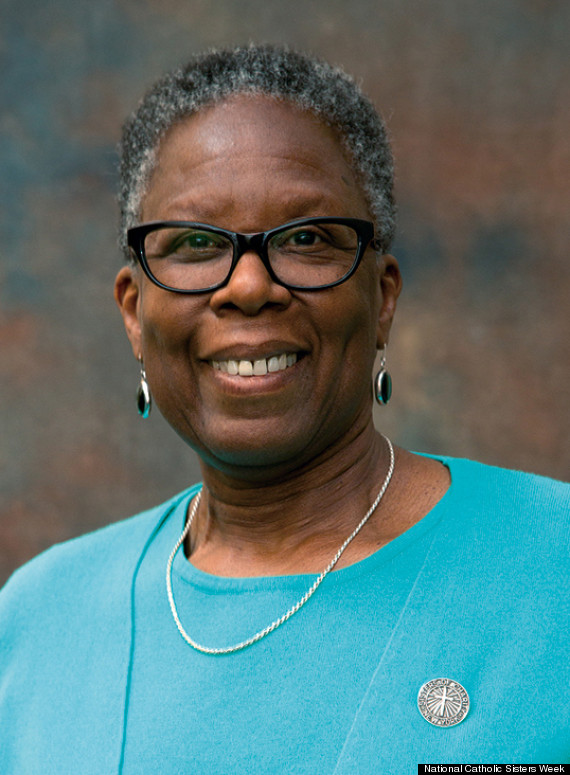 70 is the new 50: why Catholic sisters age well

Last year I celebrated my 50th anniversary of entering the Sisters of Charity in New
York. I was 19 then, transplanted from an island in the Bahamas. I joined the sisters expecting to spend my life teaching, as they had taught me, but God's plan took me from the schools into several ministries and today, I am a practicing psychotherapist. My ministries have been a constant education about the compassionate God, the human condition and the resiliency of the human spirit.

As I near my 70th birthday, I'm struck by the way religious life has opened up a world I never would have known if I had walked a different path. There are a lot of surprises that go along with becoming a sister. I've had advantages that have enabled me to know and discover more about myself, to learn and grow and experience a loving God in the context of community and to minister as a Sister of Charity. These are all special gifts. Being a sister gave me the freedom to grasp the hand of God and go wherever I was led. 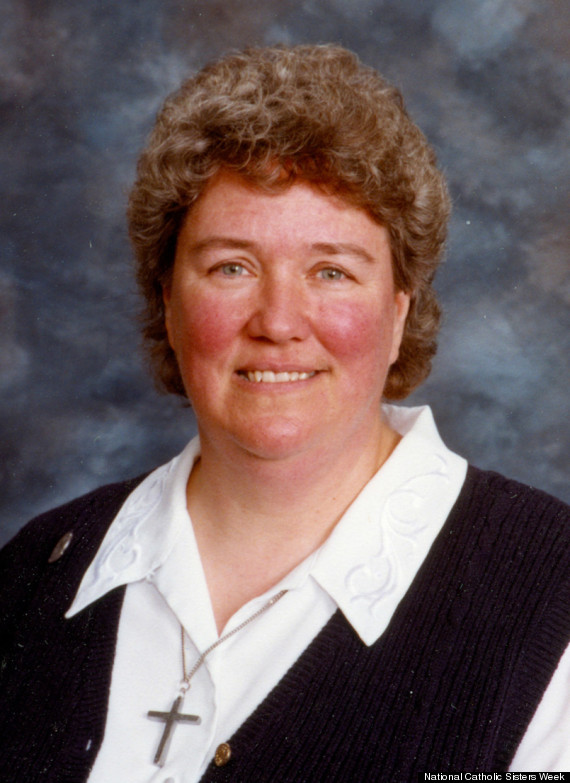 I feel liberated by my vow of obedience

After being taught by the sisters of St. Joan Antida, I entered their community in Milwaukee, Wis. At the mid-century, entering religious life or the priesthood was not as novel as it is now, and it was something my friends and I would talk about as girls. However, I was the only postulant at the time. I juggled college classes, basic cleaning, dishes and laundry.

Religious life is not a limiting life; it's expanding. Obedience requires flexibility, and it forces me to look at the needs of others. In that way, it's like marriage or motherhood. No matter their vocations, Christians cannot escape the call to live life for others, which opens them to God's grace. Prayer is a huge source of strength. I pray to be open to something different, and, with confidence, look forward to the unknown ahead. 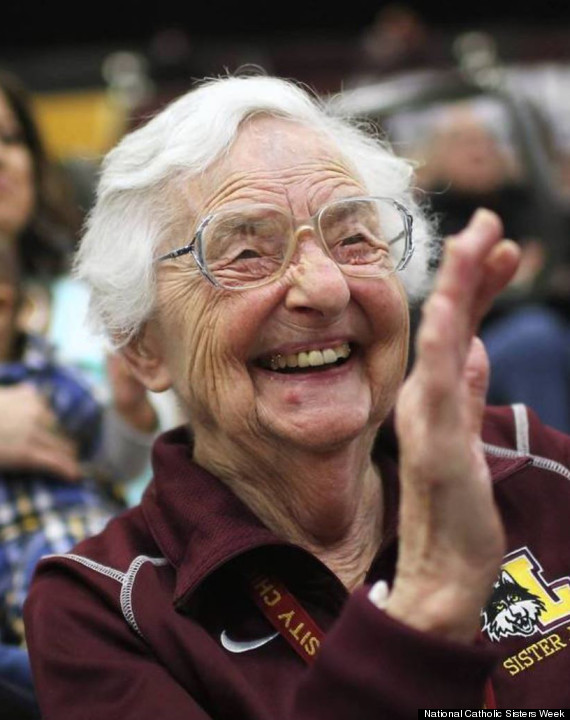 I'm honored to serve as chaplain of the men's varsity basketball team of Loyola University in Chicago. Bopping around the sidelines in my Nikes and trifocals, standing 5 feet tall, I am towered by the athletes, but they treat me like a queen. They confide in me, talking about bad grades or bad break-ups. "You should not run after her!" I tell them. I give straightforward advice when it comes to love, and I pray for them daily.

I never would've imagined what an adventurous life I'd now be leading back when I was 18, taking a ferry boat from San Francisco to Oakland and then boarding a train bound for Dubuque, Iowa, to enter the motherhouse of the Sisters of Charity of the Blessed Virgin Mary. I was armed with one suitcase, two girls from the class above me in school and a sense of possibility as the train headed to the heartland. We made lots of friends in transit, and we pretended we were going to college. We didn't feel like fielding a barrage of questions about our decision to become nuns. When I look back on the adventures I've had as a sister - teaching, coaching, serving as an elementary-school principal, helping as an academic advisor and resident-hall chaplain at college - I'm filled with awe. Religious life has been more than I ever could've dreamed of.

Read their full stories and learn more about National Catholic Sisters Week at www.SisterStory.org. The initiative is funded by the Conrad N. Hilton Foundation and housed at St. Catherine University in St. Paul, Minn.