The National Christmas Tree lighting ceremony stands as one of the United States' richest traditions. Nine decades in, the event has gained some green flavor.

Back in 1923, President Calvin Coolidge initiated the inaugural ceremony. A local choir and U.S. Marine Band quartet ushered in the lighting of a 48-foot-tall fir tree, holding thousands of red, white and green bulbs.

On Thursday afternoon, President Barack Obama will light a 19-foot-tall balsam fir, serenaded by the sounds of the Black Eyed Peas, oneRepublic and other music headliners. From the energy side, the tree will sport some efficient features to help capture the Christmas spirit.

MarketWatch notes that this is the fifth year LED lights will be featured on the National Christmas Tree. The 2011 edition will contain thousands of GE Color Effects bulbs along the main structure, with a long-life Tetra bulb for the heirloom star at the top. GE highlights some reasons for homeowners to make the switch, noting how LED bulbs last longer, use less electricity and are more break-resistant.

With the 2011 ceremony set for Thursday, Dec. 1 at 4:30 p.m. ET, here's a look back at the last decade of National Christmas Tree lightings. 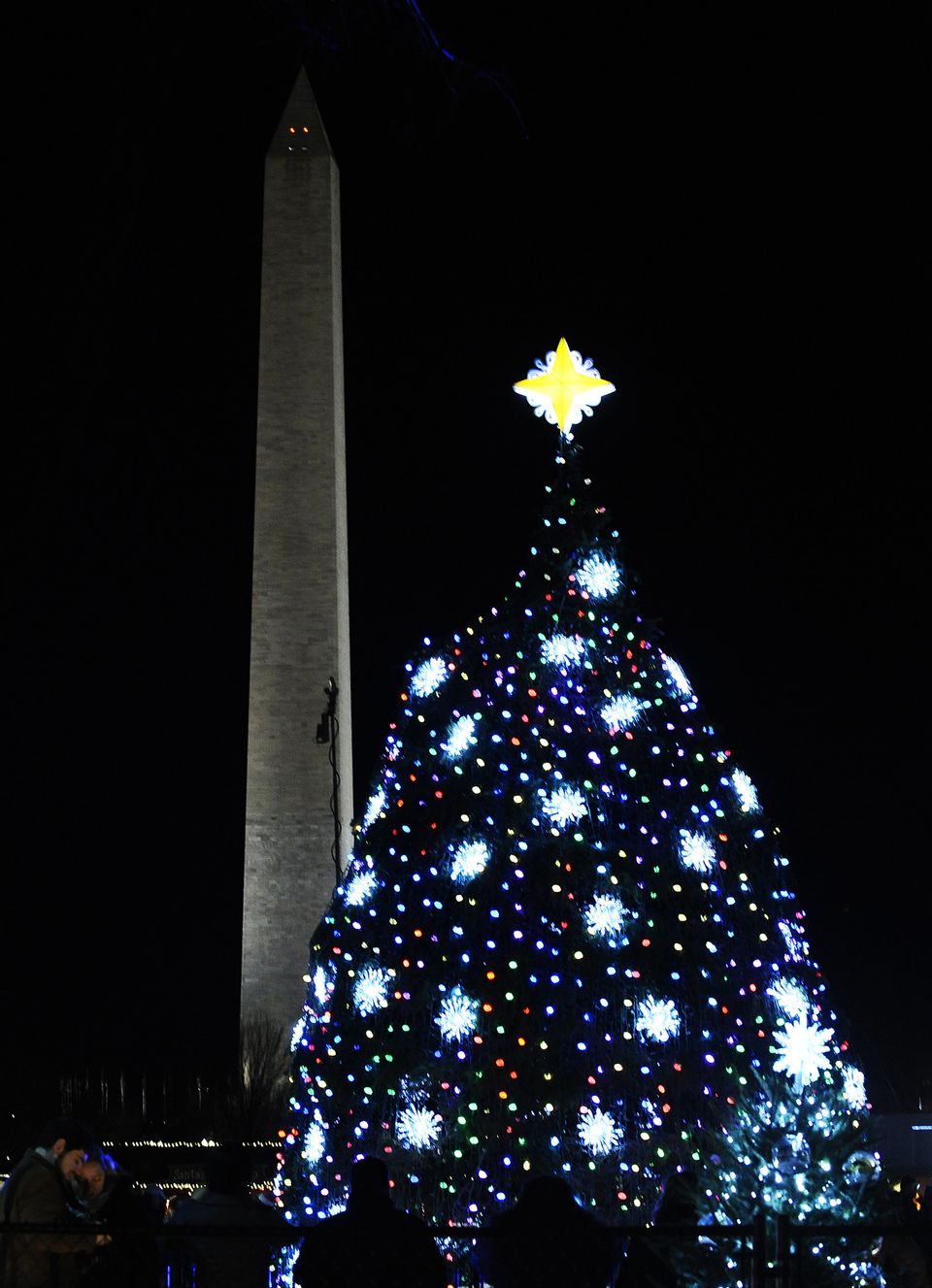 1 / 11
2011
The 2011 National Christmas Tree is pictured with the national monument in the background after US President and the First Family lit it during a ceremony on The Ellipse near the White House in Washington, DC, on December 1, 2011. AFP Photo/Jewel Samad (JEWEL SAMAD/AFP/Getty Images)
Getty