I had a few choices of holidays to honor this week, and since Columbus Day isn't really my thing, I'm going with National Coming Out Day. To celebrate, I decided to talk with some LGBTQ people in my community -- Native brothers and sisters.

Numbers wise, the LGBTQ Native American community is a relatively small group. But the truth is that it is an immensely diverse subpopulation -- one with many voices, many faces and many realities.

Or, as Melvin Monette characterizes, "there's no pan-gay Indian experience." 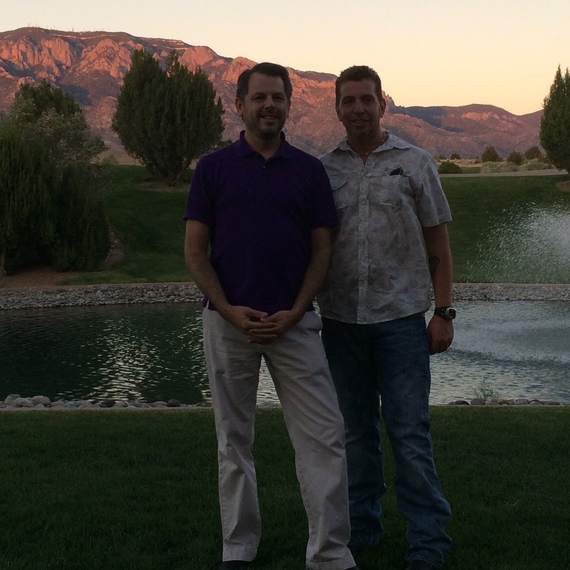 Melvin has a lot to celebrate. He just got engaged to his long-time partner, and he's about to be inaugurated as the next President of the National Indian Education Association. That's huge. And it's full circle.

"Twenty years ago this month I was freshly divorced, a single father moving back to my reservation, scared as hell of coming out to myself and my community and my family."

It turns out, the move back to his rez didn't go so well. One night, he ran into an old classmate.

Melvin recoiled, "At 30 years old, suddenly I was a 10-year-old sissy again."

Raised to be a "good, Catholic boy" on the Turtle Mountain and Spirit Lake reservations, Melvin did what he thought was right: He got married and had kids. When he was growing up, he explains, there were no "normal" gay people on TV or out in his community, and this lack of exposure to homosexuality painted a negative picture in his head about who he was. For many years, he didn't think he wanted that life.

Eventually, he did the "nerdy thing": he studied LGBTQ life. He went online and realized that there were plenty of "normal" gay people. After that, all it took was a nudge from a college friend to help him move forward. She told him she knew he was gay, and that it was okay. Feeling affirmed, he came out.

"It was a sigh of relief. I immediately became a better father, a better son, a better employee - I no longer had to think 24/7 about how to hide this thing. I became who I was." 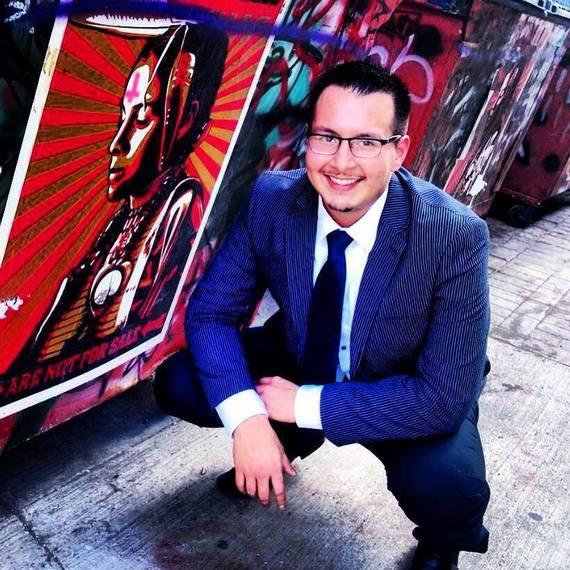 Kenny Davis grew up on Turtle Mountain too -- but a generation after Melvin. By then, the community's worldview on gay life had changed.

Now, this is definitely a "despite all odds" situation. To put it into perspective: rural community; prominent political family (his dad is the Vice Chairman of the Tribe); devout Catholics. It sounds like a recipe for some type of homophobic disaster. But not for Kenny. Not for the Davis'. His family always knew he was gay, and always accepted him. Beautifully, he never even had to come out.

Thanks in no small part to his supportive family, Kenny -- a former staffer for Senator Heidi Heitkamp -- has the confidence to dream big. He plans to one day run for Chairman of his Tribe.

"I would be the first gay Chairman of Turtle Mountain. Honestly, I think I can do it," he says. I don't doubt him for a second.

I wonder if there's a chance that his sexual orientation could harm his chances at winning. Real talk: would enough voters discriminate against him to make a dent?

"No way," he says, "Wouldn't harm me. I know that constitution, I know that community, I know the ins and outs. Once I gain some experience, I'll be qualified and that's all that matters."

I also wonder whether Turtle Mountain has anything in their laws regarding marriage equality.

"Not yet, and if it hasn't happened by the time I'm Chairman -- well, there will be," he smiles. 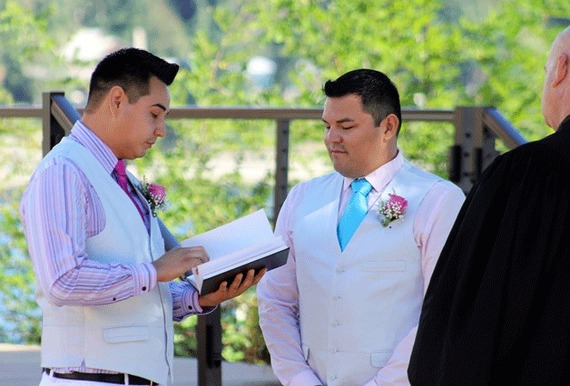 The Suquamish Tribe was the second Tribe nationally to approve gay marriage, and did so long before most States approved it.

Terry Johnson, "TJ," and his husband made history as the first same-sex couple to be married there. They just celebrated a milestone: their one-year wedding anniversary, their sixth year together. For them and their three children, Suquamish is a warm and embracing place.

Conversely, the Native community where TJ grew up, Zuni Pueblo in New Mexico, has no public position on gay marriage.

"My mom raised me on her own. I was always expected to be the man and do all the things men do. Coming out to her was the hardest thing," he explains.

For TJ, it wasn't just about himself.

"Culturally, it always goes back to 'who's your family?' 'Who's your grandparents?' That's how we identify ourselves as Native people. I didn't want to ruin my family's name."

In the end, those closest to TJ remained supportive after learning he was gay.

"My biggest fear was being isolated from my friends and family. If I could look back and tell myself one thing, I'd just say, don't worry about it. It'll all work out." 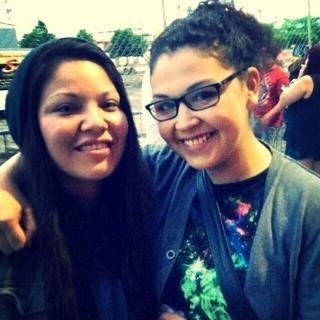 Lexi Luger is my older sister. She lives on the Standing Rock reservation with her girlfriend, Rhonnae.

Despite growing up in a very open-minded, liberal household, Lexi struggled to come out.

"I mean, it was North Dakota. I faced discrimination there as a woman, as a gay person, and as an American Indian person. When you have all these people around you your whole life telling you that there's something innately dirty about you, innately wrong with you, you internalize that."

Now, she says, at 30 years old, she finally feels like she loves herself. And part of that self-acceptance has come directly from being surrounded by traditional Lakota culture.

"Rhonnae and I go into a women's sweat lodge together, we help out with coming of age ceremonies, we speak with elder Native women who are loving and embrace us and want to see our love flourish. I couldn't experience that with her if she was a man, because we'd be on two different walks of that road. But we're both Native, we're both women, and we are able to bond in a very meaningful way." 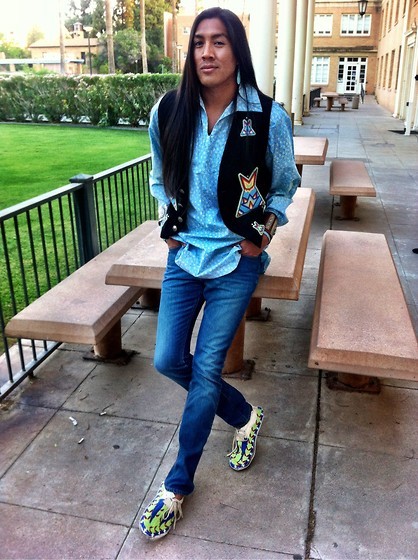 Wambli Eagleman is not afraid to express himself in public - he's an actor. But he kept his sexuality a secret most of his life. Exactly one year ago, he came out.

His Navajo grandpa had the best reaction to Wambli's coming out.

"Yeah, so what?" grandpa told the family:

"You have to love him. You have to care for him. That's our child. Don't say bad things about gay people because a long time ago in the Navajo culture, the two spirited people were respected as sacred, and that's how we treat them." 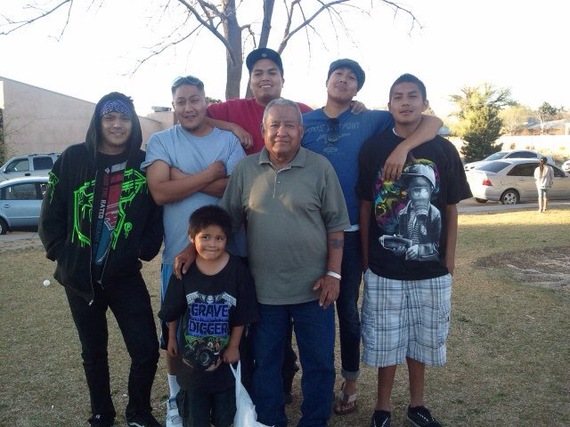