Today, on the 26th Anniversary of the Americans with Disabilities Act (ADA), National Disability Institute (NDI) launches DISABLE POVERTY, a grassroots campaign which aims to increase awareness about the nearly one in three Americans with disabilities that live in poverty and remain outside the economic mainstream. 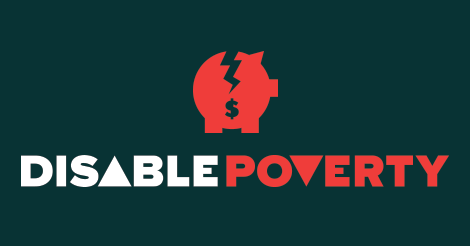 The effects of poverty are debilitating, particularly on those with disabilities, taking an insidious and progressive toll on emotional, physical, mental and spiritual well-being, and leaving many individuals without hope or belief that they can achieve the American Dream.

Through the DISABLE POVERTY campaign, National Disability Institute wants to bring awareness to the plight of seven million individuals with disabilities in this country who live in poverty, and the millions more who teeter just above the poverty line and are one unexpected expense away from plunging below it. In a presidential election year, with so much rhetoric around income inequality, the DISABLE POVERTY campaign is timely as no other population in America is subject to more economic disparity than people with disabilities.

The two overarching goals of the DISABLE POVERTY campaign, to be achieved in the next 10 years, are to:

Participants in the DISABLE POVERTY campaign are asked to take a pledge and share on social media urging others to do the same. In addition, a series of actionable items for individuals, disability/advocacy organizations, companies and financial institutions provide concrete steps that people can take to spread awareness about this issue. Beyond thinking, "Isn't it terrible that so many people with disabilities live in poverty," these actionable items are meant to empower individuals to become change agents on behalf of this economically vulnerable population.

Impetus for the DISABLE POVERTY campaign was spurred, in part, by a 2015 report released by NDI: Banking Status and Financial Behaviors of Adults with Disabilities: Findings from the FDIC National Survey of Unbanked and Underbanked Households. Findings from the report indicate that, in the 26 years since the landmark Americans with Disabilities Act (ADA) was signed into law, ensuring all individuals with disabilities the opportunity to achieve "economic self-sufficiency," this demographic continues to face numerous financial hurdles and roadblocks to financial inclusion.

Key findings from the report include:

We must make it a priority in this country to connect leaders from both the disability community and financial services sector, as well as policy makers, employers, regulators, self-advocates and family members to design the next generation of collective efforts to fulfill the ADA's promise of "economic self-sufficiency."

I'd like to end this blog with a quote from the remarks made by President H.W. Bush at the signing of the Americans with Disabilities Act on July 26, 1990 - one which perfectly captures the essence of the DISABLE POVERTY campaign: "Together, we must remove the physical barriers we have created and the social barriers that we have accepted. For ours will never be a truly prosperous nation until all within it prosper."

Please join National Disability Institute to elevate and amplify the conversation around poverty and disability in America. Through our words and our actions, we can disable poverty and advance shared prosperity for all Americans. Our time is now.

Since its inception in 2005, National Disability Institute remains the first and only national nonprofit organization dedicated exclusively to designing pathways to economic stability and mobility for persons with disabilities. Through public policy research and development and customized training and technical assistance, NDI has become a recognized leader nationwide demonstrating that individuals across the spectrum of disabilities can work, save for the future and advance their financial capability and economic stability.