Everest has always been a trophy, but now that almost 4,000 people have reached its summit, some more than once, the feat means less than it did a half century ago. Today roughly 90 percent of the climbers on Everest are guided clients, many without basic climbing skills. Having paid $30,000 to $120,000 to be on the mountain, too many callowly expect to reach the summit. A significant number do, but under appalling conditions. The two standard routes, the Northeast Ridge and the Southeast Ridge, are not only dangerously crowded but also disgustingly polluted, with garbage leaking out of the glaciers and pyramids of human excrement befouling the high camps. And then there are the deaths. Besides the four climbers who perished on the Southeast Ridge, six others lost their lives in 2012, including three Sherpas.

Clearly the world’s highest peak is broken. But if you talk to the people who know it best, they’ll tell you it’s not beyond repair. 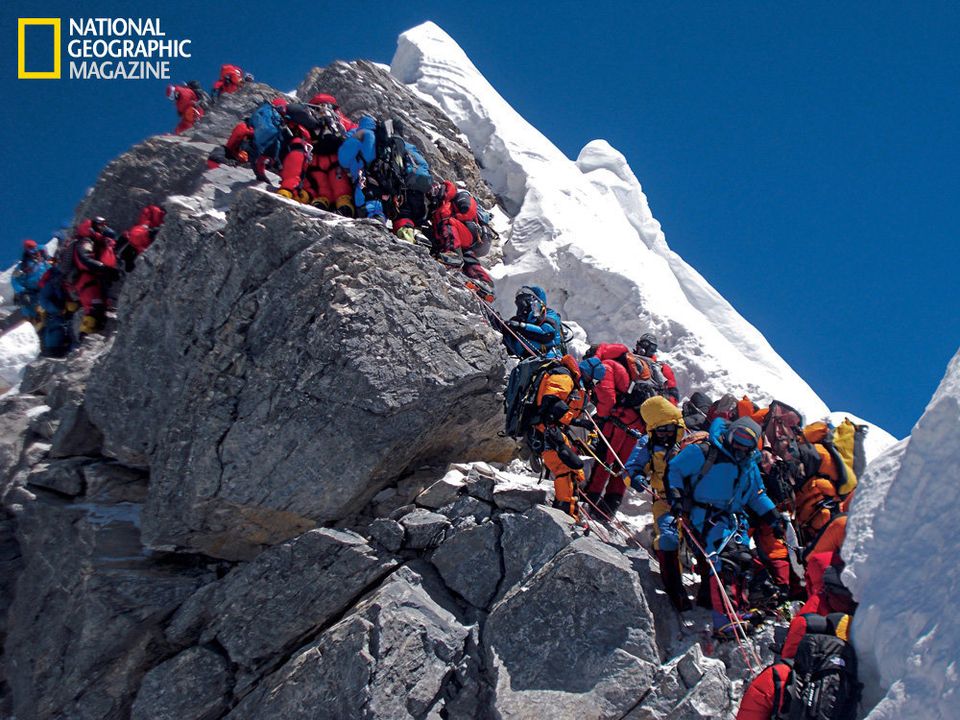 1 / 6
Traffic chokes the Hillary Step on May 19, 2012. Some climbers spent as long as two hours at this 40-foot rock wall below the summit, losing body heat. Even so, 234 people reached the top on this day. Four climbers died.
Subin Thakuri, Utmost Adventure Trekking/National Geographic