In his five decades as a whaler, Kristiansen has weathered many a storm, both at sea and on land. He lived through the dangerous years of the eco-wars, when activists sabotaged and sank a number of Lofoten whaleboats. And he survived a horrific shipboard accident a few years ago when his harpoon cannon backfired, nearly killing him and leaving him with a mangled left hand. He was back hunting whales the following season.

But as he steers toward an old whaling station on this calm midsummer morning, Kristiansen sees not just his own long career drawing to a close, but also an entire way of life. His eponymous boat is one of only 20 that came out to hunt this season—a far cry from the nearly 200 whalers that worked northern Norway’s coastal waters in the late 1950s, when Kristiansen was getting his first taste of whaling as a deckhand.

It isn’t a scarcity of whales that is bringing down the curtain, or even the complicated politics of whaling. It’s something far more prosaic and inexorable: Norwegian kids, even those who grow up in the seafaring stronghold of Lofoten, simply don’t want to become whalers anymore. Nor do they want to brave storm-tossed winter seas to net fortunes in cod, as their forebears have done for centuries. Instead, they aspire to land safer, salaried jobs in distant cities or with the offshore oil industry, and they have been leaving their island communities in droves. 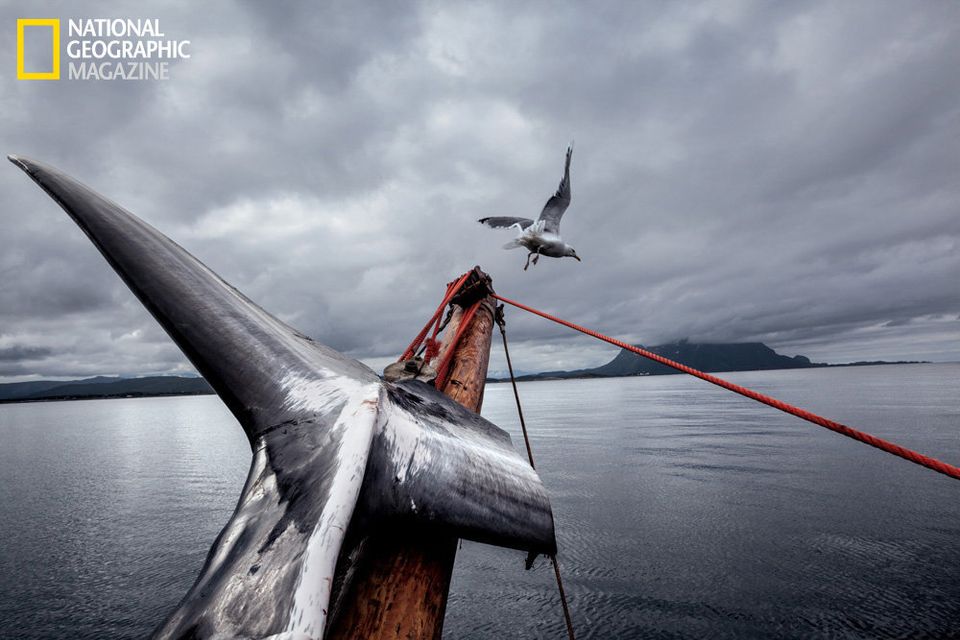 1 / 6
In the pale light of the midnight sun, a minke whale is butchered on the deck of the Jan Bjørn, one of the few whaling boats still working the waters off Norway’s Lofoten Islands.
© Marcus Bleasdale/National Geographic