Teddy and Harley are two Chihuahuas who were rescued from separate puppy mills, but their stories are all too familiar. Confined to wire cages with hardly enough food and water to survive, the two Chihuahuas endured lives of misery. They were used to breed litter after litter, without a single concern for their physical or emotional well-beings.

A One-Eyed Dachshund Named Captain Morgan Has a Touching Reunion with His Foster Mom
Hero the Service Dog Puts on a Cap and Gown to Join a Graduate on Her Big Day at U. of Illinois
Batman Is the "Happiest Dog in America" Even Without Hind Legs

Finally, at the age of 7, Teddy was rescued by the National Mill Dog Rescue and transferred to Lily's Haven in Colorado, from which he was adopted into a loving home. Teddy's former puppy-mill days manifest themselves in the dog's missing teeth, uneven hips, and torn ears, but his spirit is intact.

Harley, however, fared worse. The older dog was given three months to live after being pulled from a puppy mill by Because of You Chihuahua Rescue. He is missing an eye and had to have most of his teeth removed as a result of them going bad from negligence, his tail is broken, and his heart is bad. His spirit, however, remains undaunted. 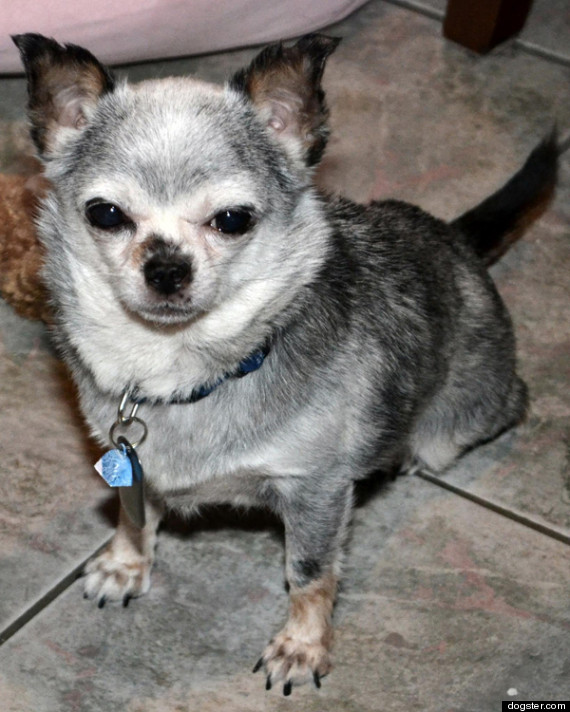 Teddy is ready to help stop puppy mills, so no other dog has to suffer like he did.

Not only have Teddy and Harley recovered, they are now leading a charge against puppy mills. Instead of wallowing in the injustices of their past lives, the two little survivors have become the spokesdogs for National Mill Dog Rescue, and they are heading a campaign called Harley to the Rescue to raise funds to send the organization on another puppy-mill rescue.

Click here to find out how you can donate to Harley to the Rescue, and make sure to pass this on -- news this good deserves to be shared with everyone!

Photos via Teddy's and Harley's respective Facebook pages, where you can also stay up to date on what the two dogs are doing.

Boo And Trotter Take Us Through 2012