Hearing what is said these days about Hispanics in the United States, you would think that the 50 million here -- who represent 16.4 percent of the population, according to Census 2010 data -- are a mix of "aliens," criminals, vandals, low-class men and women, and "illegal" workers out to take jobs away from "Americans."

In the current climate, where the word "Latino" connotes other words like "illegal" and "deportation," we forget that the historic presence of Hispanics, and Hispanic heritage, has influenced this country for more than 400 years. Its imprint on politics, business, culture and sports is now immutable.

This context is invaluable in restoring common sense beyond the political debate. Remember, for example, that it was the Spanish and Mexicans who forged a path into the United States. In 1542, Spaniard Juan Rodriguez Cabrillo landed in what is today California and cut a path of discovery and exploration -- exemplified and preserved by the landmark Cabrillo National Monument in San Diego, Calif.

The Maritime Museum of San Diego is rebuilding a $5 million, 100-foot replica of the San Salvador, the Spanish galleon captained by Cabrillo.

In the same era, another Spaniard, Francisco Vasquez de Coronado, explored and documented what is now Arizona, California and New Mexico, in a 1,200-mile trajectory over 24 months.

In 1940, Congress approved the creation of a national monument in honor of this feat, saying "Coronado's expedition ... discovered a vast expanse and the nature of the territory north of Central Mexico."

In Tampa, Fla., Ybor City was for years a Cuban and Spanish population center embedded in the "Deep South" of the United States, with "a collection of historic buildings associated with the largest cigar producer in the United States."

Also known as the "cigar capital of the world," the Ybor City facilities were deserted after World War II. The area was recently declared a National Historic Landmark District, and today, many of the neighborhood's buildings are listed in the National Register of Historic Places. Hispanic culture remains entrenched and preserved there, a microcosm of its strong presence in that part of the United States.

We know of these historic places, in large part, because of the work of the National Park Foundation, whose function is to designate, establish, maintain and provide access to the nearly 400 national parks in the system. The Hispanic presence in this country shows through in some of the foundation's national monuments, places like the Castillo de San Marcos in St. Augustine, Fla., or El Camino Real de Tierra Adentro, which cut a path from the current state of New Mexico in the U.S. all the way to Mexico City.

But the number of sites highlighting the Hispanic contribution to the U.S. remains surprisingly small, given its large influence on our history. And in reality, these monuments don't truly reflect the contemporary Hispanic presence in the U.S.

According to Salazar, only 3 percent of the 86,000 sites listed in the National Register of Historic Places "recognizes and celebrates the diverse cultures of our country."

"[Supreme Court Justice] Sandra Day O'Connor once said that the future of this country depends on its inclusivity," Salazar said. "And with 50 million Latinos in the United States, we must be inclusive."

Last June, with the purpose of increasing the dissemination of information on the Hispanic presence in the U.S., Salazar created the American Latino Heritage Fund, or ALHF, at the National Chavez Center in Keene, Calif. ALHF is "a vehicle that will serve to build support for Latino-themed parks in the National Park Service," Salazar said.

The U.S. Latino population has grown by 46 percent in the last 10 years. Primarily a product of immigration flow, the Latino presence in this country not only spans centuries, but also is entrenched. In a conversation in 2004, when he was running for a Senate seat in Colorado, Salazar told this reporter he was descended from a Spanish family that arrived in the Colorado region -- then part of New Spain -- in the late 16th century.

The American Latino Heritage Fund, which is basically an outreach and charitable agency under the Department of the Interior, aims to integrate and celebrate the cultural, economic and civic contributions made by Latinos to U.S. history, reflecting these contributions in the country's system of parks and other national sites. By doing so, the fund aims to raise the visibility of the mark left by Hispanics in this country. The ALHF hopes to raise $2.5 million over three years to meet its goals.

Since last December, the ALHF has been led by interim executive director Midy Aponte, who is also the president and CEO of the Sanchez Ricardo public relations firm. Aponte is expected to lead the organization into a more visible market force.

"The ALHF will work to demonstrate the indelible Latino mark left on American civilization by documenting, concretely, its civic contributions -- economic and cultural -- to American history forever," said Aponte.

To make the fund's work relevant, however, it is necessary to move beyond the colonial past of the Spanish expeditions and wars (or mutual agreements) between the U.S. and Mexico, and integrate the contemporary Latino -- the same one that just a few years ago became the largest minority in the country.

Last July, the California Historical Resources Commission nominated the complex of Our Lady Queen of Peace -- more commonly known as Nuestra Señora Reina de La Paz -- in Keene, Calif., for inclusion on the list of Hispanic sites in the National Register of Historic Places. The site is the burial ground of legendary Latino labor rights leader Cesar Chavez, and the union headquarters of his farm workers movement, the United Federation of Workers, as well as a conference and cultural center.

In April 2011, Salazar and Jonathan Jarvis, the director of the National Park Service, christened the so-called "Forty Acres" complex near Delano, Calif., where Chavez hatched his union ideas as a National Historic Landmark.

Salazar said that a study begun last year will be completed in June, identifying, documenting, naming and preserving Hispanic sites. From that study, a list will be made of new parks, national monuments and historical sites with Hispanic themes.

ALHF is also preparing a scholarship program to connect the National Park Service with Latino communities, so that they might discover, and later share, untold stories of American Latinos. It also aims to reach out to organizations, schools and after-school programs to offer scholarships to increase awareness of national parks within the Latino population.

The study of history gives us a break from immediate political concerns and the day's headlines and outrageous news that fade from significance. This historical axis highlights the development of Hispanic influence in the U.S., from Spaniard Alvar Nuñez Cabeza de Vaca's 1528 expedition in Florida, to speculations that a Hispanic -- Cuban-American Sen. Marco Rubio (R-Fla.) -- could become a vice presidential candidate.

"At the end of World War II, there was such a backlash against Hispanics in Texas that Hispanic American soldiers, [who lost their lives in combat], were denied burial alongside the others," said Salazar.

How times have changed.

A GLIMPSE OF SOME HISTORIC SITES: 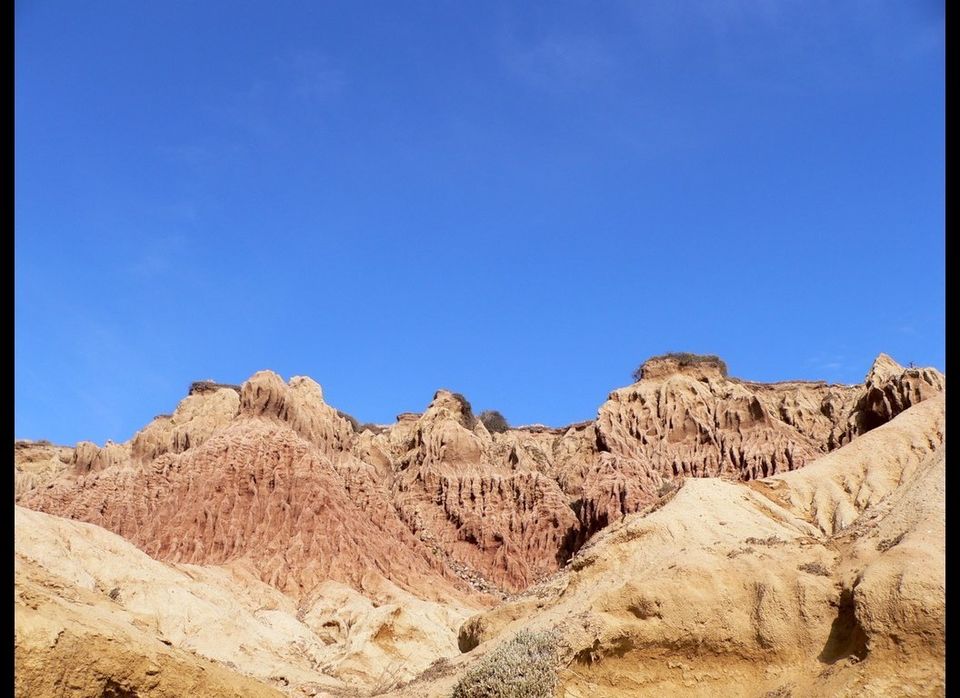