We could not be more in love with the National Zoo's new panda baby, born to mother Mei Xiang on Friday afternoon.

This morning our panda cub got its first neonatal exam! It is robust, healthy & fully formed. #cubwatch pic.twitter.com/MJSN9c2Vf5

Zookeepers were able to conduct the cub's first neonatal exam on Sunday morning. According to a news release, the baby is "a bright, healthy shade of pink." The cub's sex, and its father, won't be known until tests are complete in the next two to three weeks. (Mei Xiang's insemination with the sperm of two pandas, Tian Tian and Gao Gao, was live tweeted by the zoo at the end of March.)

The teeny cub weighs 137 grams, about a third of a pound -- mother Mei Xiang weighs almost 240 pounds -- and has a steady heart rate. The zoo said in its news release that vets heard normal breathing in both lungs and found the baby, whose twin was stillborn on Saturday, nursing and digesting successfully.

Watch (and listen to) the new family on the zoo's panda cams -- panda cam 1; panda cam 2 -- and check out the little one's first exam in these photos: 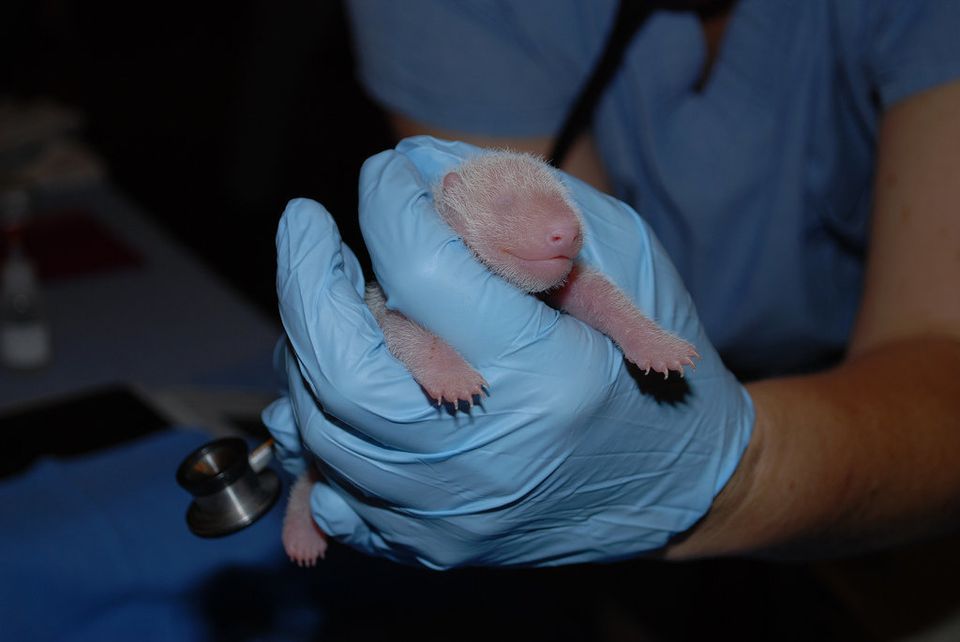