NationSwell reports reaching 6 million Americans with its stories and videos in its first 12 months. The videos alone, it says, are averaging some 100,000 views each.

The site has also helped raise more than $50,000 for the groups highlighted. And thanks in part to Behrman's network of contacts in business, government and media, it's hooking these groups up with influential people who can offer aid and advice, making sure good ideas can spread.

"I knew that I wanted to build something meaningful, and I knew that I really wanted it to be connected to national service because that's my passion," Behrman told The Huffington Post. "I felt like I was hearing so much about the country's problems and what we were getting wrong. At the same time, I knew there were incredible people out there doing extraordinary things to solve and take aim at these problems."

So he built NationSwell.

When the site featured a mini-documentary about Dr. Jim Withers and his 22-year effort to provide medical care to homeless people in Pittsburgh, the video was viewed more than 700,000 times and thousands of dollars were donated to Withers' practice. Similarly, when it featured veteran Navy SEAL Jason Redman, viewers pitched in again to contribute thousands to Wounded Wear, which provides modified clothing to wounded veterans as well as connects them with organizations that can help them figure out what's next.

Behrman's own search for what's next began at Goldman Sachs, where he worked for two years after graduating from Princeton. Then he shifted gears to focus on policy and social issues. He earned a master's degree from Oxford; wrote two books, one about the AIDS pandemic and the other about the Marshall Plan following World War II; and delved into big questions with Harvard's Carr Center for Human Rights Policy. In 2008, he took a job on the State Department's policy planning staff. But increasingly, he found himself focusing on the young Americans who were fighting overseas, many of them on their third or fourth tours.

"The sacrifices they were making were extraordinary," Behrman, now 38, told The Huffington Post. "And the more I thought about that, the more compelled I felt that this was something I wanted to be a part of, even if just in a small way."

At 30 years old, Behrman signed up. He did two years as a Navy Reserve officer before volunteering for a one-year deployment to Afghanistan when he became eligible in 2011. There he served as a strategic adviser to Gen. David Petraeus and then Gen. John Allen when they led coalition forces in Afghanistan.

Upon his return home in the spring of 2012, Behrman looked for the next challenge. The answer was NationSwell.

The editorial team at NationSwell tells the stories of people who are developing new answers to longstanding problems. They focus coverage on efforts to increase social and economic mobility, promote national service, make government work more efficiently (without a political bias or agenda), and preserve the environment. They also make it a point look nationwide for those innovators.

In founding the site, Behrman tapped his own network to create the NationSwell Council, a group of successful people from multiple fields. After the stories about the social entrepreneurs have been published, the council helps them connect with outside leaders -- people like retired Army Gen. Stanley McChrystal and Sen. Richard Blumenthal (D-Conn.) -- typically at events or discussions hosted by the company. These meetings can lead to new collaborations, new money and valuable contacts.

For example, the NationSwell team invited Jake Wood, founder of Team Rubicon -- which employs military veterans for first-responder disaster relief -- to talk with council members. One individual was so impressed that he introduced Wood to the president of the Rockefeller Foundation, who subsequently made a $250,000 donation to Wood's work.

"There are a lot of stories like that, where just by connecting people who care about the same thing and want to engage, we can yield a lot of meaningful impact," said Behrman.

Over the course of the year, the NationSwell Council has expanded from the original 25 members to 175 through early networking from the NationSwell team and then referrals from existing Council members. Behrman looks for people who are passionate about service to others. He wants Council members who look forward to engaging with the innovators, offering them expert advice and helping expand their efforts.

"Impact is our north star," he said. "Some pretty exciting things have happened through both our stories and engagement with the council where there's been significant impact, and we're always looking for ways to enhance that." 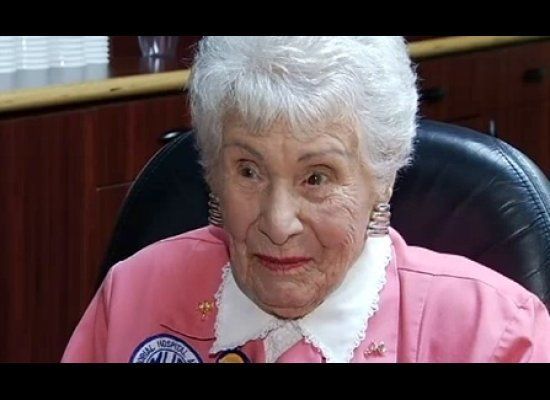