The South Dakota Supreme Court will hear childhood-sexual-abuse lawsuits brought by 18 former students of St. Paul's Indian Mission, on the Yankton Sioux Reservation, in Marty, South Dakota. St. Paul's (in photos on this page) was one of a half-dozen Catholic boarding schools statewide for Native children, and the alleged crimes, including rape, sodomy, and molestation, occurred there before 1975, when the institution was transferred to the tribe and renamed Marty Indian School.

In March, Circuit Court Judge Bradley Zell dismissed the cases, kicking off the appeal. In throwing out the suits, Zell decided a 2010 amendment to South Dakota childhood-sexual-abuse law -- HB 1104 -- should be applied to lawsuits that were filed before its existence, as these were.

Under HB 1104, plaintiffs over age 40 may collect damages only from individual perpetrators of childhood sexual abuse; they may not collect damages from entities such as the Catholic Church or the religious orders that hired and/or supervised the alleged perpetrators. (Younger plaintiffs may continue to sue and obtain damages from both organizations and individuals.)

Since the Native plaintiffs in these cases -- and additional ones against other Church boarding schools -- are over 40, and many of the individual perpetrators are dead, some say the legislature's action and Zell's decision targeted them. "In conversations I've had, people feel the 2010 amendment was designed both to make things difficult for Native plaintiffs and to help the Church," said Robert Brancato, a certified fraud examiner who heads the Rapid City chapter of the national support group, Survivors Network of Those Abused by Priests.

Brancato also criticized the judge's decision to project the law backward in time, calling it a violation of due process: "I'm looking at the bill right now, and I don't see anything about it being retroactive."

Zell disagreed, saying the situation was "convoluted" and that his decision was based on a 1997 South Dakota Supreme Court ruling that made retroactive a 1991 expansion of opportunities to bring sexual-abuse claims in the state. Following that logic, Zell said, the latest change to the law would be retroactive, too.

On the other hand, said plaintiff's attorney Rebecca Rhoades, of Manly & Stewart, in Newport Beach California, South Dakota's legal code says that no law "shall be construed as retroactive unless such intention plainly appears."

"It's a quandary," said Zell. "The Supreme Court will decide, and if they send the cases back, hopefully they'll provide guidance." He didn't expect a decision for at least six months.

Rhoades said she is hopeful about the Supreme Court's decision, but that if it doesn't go her clients' way, this is not the end of the line: "There are other options. They will get their day in court." 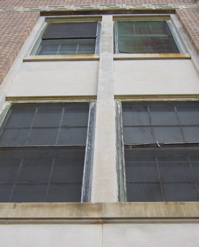 How the statute came to be
Brancato noted that HB 1104 "flew through the legislature" -- quickly and quietly. Steven Smith of Chamberlain, a lawyer for Congregation of Priests of the Sacred Heart, wrote it and submitted it as a "constituent bill." Representative Thomas Deadrick (R.-Platte) sponsored it, and Smith was the only witness. In supporting it, one lawmaker announced that it "gets Mr. Smith where he wants to be."

Plaintiffs' attorney John Manly, of Manly & Stewart, was blunt in his assessment: "The South Dakota legislators are on record as passing this bill to get rid of hard-to-defend Native cases."

For his part, Brancato denounced the lack of testimony from victims, victims' advocates, or experts on childhood sexual abuse.

Senator Nancy Turbak Berry (D.-Watertown), who opposed the 2010 amendment, explained how that happens in the South Dakota legislature. The group considers hundreds of bills during its annual 38-day session, she said, and lawmakers commonly see them for the first time shortly before they're introduced. Indeed, a note on the legislature's 2011 calendar announces: "Bills must be turned in at the front desk at least two hours prior to the start of the daily session."

"It's a citizen legislature," said Turbak Berry, "and we don't have offices, much less staffs -- just a desk on the floor. If a bill hasn't had much attention, you're not aware of it until it appears on your desk, and at that point it's nearly impossible to marshall more witnesses."

Smith, who told the Argus Leader in March 2010, "nobody knew I was doing this," appears to have had good reason to write the statute. His client Congregation of Priests of the Sacred Heart, which runs St. Joseph's Indian School in Chamberlain, is the defendant in numerous sex-abuse cases. Though Smith has claimed that the suits are difficult to defend because most of the perpetrators are dead, his cases involve accusations against former St. Joseph's staffers, who are very much alive.

One alleged abuser is John Donadio, who court documents show lied about his identity multiple times to avoid providing a deposition in November 2008. Another is Brother Matthew Miles, who testified in March 2008 that he was convicted of sodomizing young boys in Washington, D.C., and spent nearly 20 years in a 12-step program, Sex Addicts Anonymous. Court documents include a letter Brother Miles sent to a St. Joseph's student as part of the SAA process, apologizing for abusing him.

Heeding Jesus
Meanwhile, the Catholic Church has just been cited in Amnesty International's 2011 annual report on human rights violations for continuing worldwide failure to protect children from abuse. This hurts the Church as well as the victims, said the Rev. Dr. Robert Hoatson, a Catholic priest who co-founded Road to Recovery and the National Survivor Advocates Coalition: "The Church says it's trying to clean up this mess. No, it's not, and the Catholic Church will not survive unless it has the moral fortitude to say it did something wrong."

The Church should take a cue from Jesus, according to Hoatson: "Jesus said [in the Parable of the Lost Sheep] that if you have 100 sheep and lose one, leave the 99, and go after the one. I say that if the Church has to close down as a result of taking care of every last survivor of priest abuse, so be it."

Izzy Zephier, a Yankton plaintiff whose case is headed for the Supreme Court, recalled another of Jesus' teachings, found in several gospels, about anyone who harms a child: "He deserves a yoke to be tied about his neck and to be cast into the sea." Zephier asked the judges to remember that we all someday face judgment: "If you believe in God, you know He is watching. Each of us eventually stands before Him and answers for what we have done."