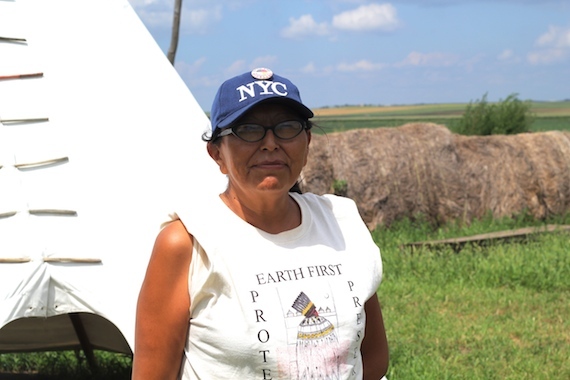 With President Obama expected to give a final decision on the Keystone XL pipeline sometime this Labor Day weekend, the company behind the pipeline and people throughout the affected states anxiously await the verdict.

Back in February, President Obama vetoed a bill that would have approved the pipeline's construction. In March, members of the Senate attempted to override that veto, but they failed. Some Americans cheered; others sneered; and many assumed that was the end of the Keystone XL. Now TransCanada Corp. and the people of Montana, South Dakota, and Nebraska will get a new update from the State Department and Obama.

Because the proposed pipeline would cross an international border (between the U.S. and Canada), the State Department coordinates a required government-wide review. If they recommend approval, TransCanada could receive its coveted presidential permit to build the pipeline.

Typically, the government takes about a year and a half to make a decision on such applications. The Keystone XL permit has taken more than five times the average. Trapped in political turmoil, it has raised outcries from environmentalists, energy advocates, Republicans, and Democrats since 2009.

In South Dakota, which the Keystone XL pipeline would cross, a Spirit Camp of teepees set up in opposition to the project stands strong.

"We're still here, and we're going to be here until that pipeline is rejected," says Leota Eastman-Iron Cloud, a Rosebud Sioux native who has lived at the camp for nearly two years. In doing so, she has set aside her own needs and time with family. Some days, she says she goes without food in solidarity with the people she has seen go hungry on the reservation.

Members of the Rosebud Sioux Tribe put up the teepees just north of Winner, South Dakota in March 2014. They stand under the name Oyate Wahacanka Woecun--Lakota for "Shielding the People."

The teepees create a sacred space for people opposed to the pipeline's construction for various reasons, primarily environmental and public safety concerns. At the Spirit Camp, the people can pray, rally, and offer support and education to other concerned citizens. 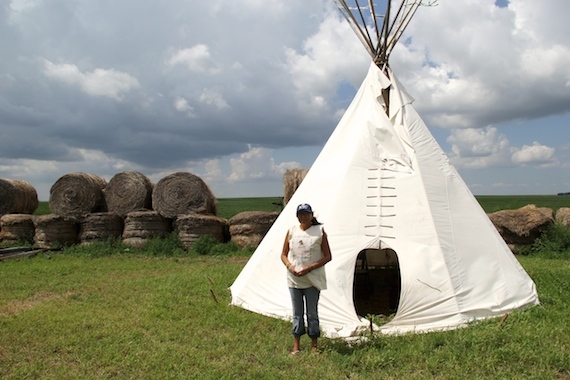 "The people who come here from all over the world bring so much powerful energy and prayers. That's why we say 'mitakuye oyasin.' We're all related--the insects, the rocks, the animals, the plants," Eastman-Iron Cloud says.

The journey hasn't been easy, she adds. The camp has survived subzero temperatures, battering rain and winds, and blistering heat. "We think about our future generations and water, and that's what keeps us going. TransCanada wants us to give up, but we're not going anywhere."

South Dakota's Public Utilities Commission (PUC) will ultimately decide if the state will renew TransCanada's permit. TransCanada must prove that it followed the PUC's regulations since the commission first granted the original construction permit in 2010.

Some 400 people marched through the South Dakota state capitol of Pierre leading up to the hearings. And more than 30 people--Native American tribal members, landowners, members of Dakota Rural Action, and lawyers--stood up in court against TransCanada. They were dubbed "the interveners."

Eastman-Iron Cloud attended the hearings and says, "The interveners' words were straight up truth, just the facts. They went face-to-face with TransCanada. We wanted a constant presence of people, just like we're doing here (at the Spirit Camp). Our water is the importance of all of this. That day, I heard one of the TransCanada people say that pipeline will cross 300 tributaries in South Dakota alone."

One of the interveners' main concerns was that TransCanada had purchased all of the pipe to build the pipeline sometime in 2010 or 2011, according to the DeSmogBlog Project, which reported in-depth about the hearings. For two and a half years, the pipe sat in piles outdoors in North Dakota, exposed to extreme heat and cold. The National Association of Pipe Coating Applicators recommends protecting piping left above ground within six months.

The interveners argued that in part because of the way the pipe was stored the Keystone XL will not be the safest pipeline ever built, as TransCanada has claimed. They also raised concerns over ongoing federal investigations into the pipeline's southern half, renamed the Gulf Coast Pipeline, and other TransCanada pipelines.

In closing arguments on Aug. 6th, the lawyers on the side of the interveners called for the PUC to make a decision then and there, but TransCanada objected. Eastman-Iron Cloud and others continue to wait for a decision--from the PUC and President Obama.

"I've been bothering Obama every day on Twitter," Eastman-Iron Cloud says. "It's a waiting game. Patience really is a virtue."

Regardless of the outcome, she adds, "We will never forget what TransCanada is trying to do. If they dig a hole into Grandmother Earth, we'll be there."