South Dakota has devised an ingenious new way to curb minority voting. For decades, suppressing the Native American vote here has involved activities that might not surprise those who follow enfranchisement issues: last-minute changes to Indian-reservation polling places, asking Native voters for ID that isn't required, confronting them in precinct parking lots and tailing them from the polls and recording their license-plate numbers. The state and jurisdictions within it have fought and lost some 20 Native voting-rights lawsuits; a major suit is still before the courts. Two South Dakota counties were subject to U.S. Department of Justice oversight until June of this year.

That's when the Supreme Court struck down a portion of the Voting Rights Act of 1965, saying, "Today, our Nation has changed." 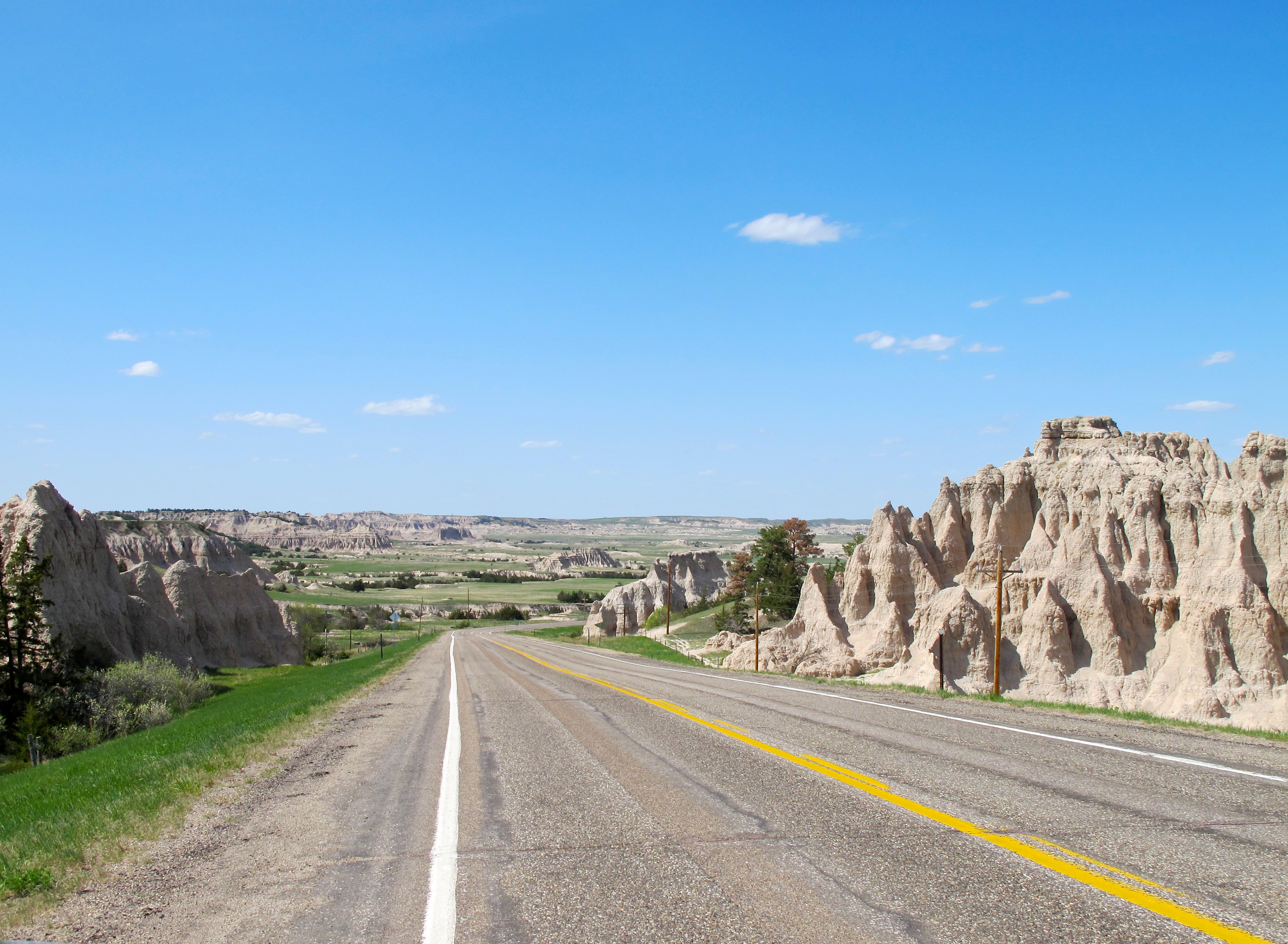 Yes, it has. The VRA decision provided an opening for those who are uncomfortable when minorities, the poor and other marginalized citizens vote. Since the decision, new measures to limit enfranchisement have swept the country -- mostly gerrymandering and restrictions on allowable voter IDs.

South Dakota's secretary of state and top elections official Jason Gant is a step ahead of the pack. He will ask the federal Election Assistance Commission if it's okay to use Help America Vote Act funds to pay for early-voting polling places on three Indian reservations. Such facilities, which the state has already spent HAVA funds on for two other reservations, cost about $15,000 per election. If the new ones are approved, the money would come from the $9 million in HAVA appropriations the state has in interest-bearing accounts earning hundreds of thousands of dollars per year.

Voting-rights group Four Directions made the early-voting request on behalf of three South Dakota Sioux tribes during the July 31 meeting of the state's Board of Elections. With the polling places, tribal members would cast ballots closer to home during the 46-day period when South Dakota allows voting ahead of Election Day. Shown above is a portion of a 50-plus-mile round trip some Sioux currently make to early-vote off their reservation--if impoverished tribal members can find transport or gas money. Other Sioux may travel 100 miles or more.

"Right now, most Indians in South Dakota get one day to vote, Election Day, when precincts are set up on reservations; meanwhile, other voters have several weeks," said civil-rights leader OJ Semans, a Rosebud Sioux who co-directs Four Directions. "That's not equal access." Semans is shown below, second from right, discussing early voting with county officials. 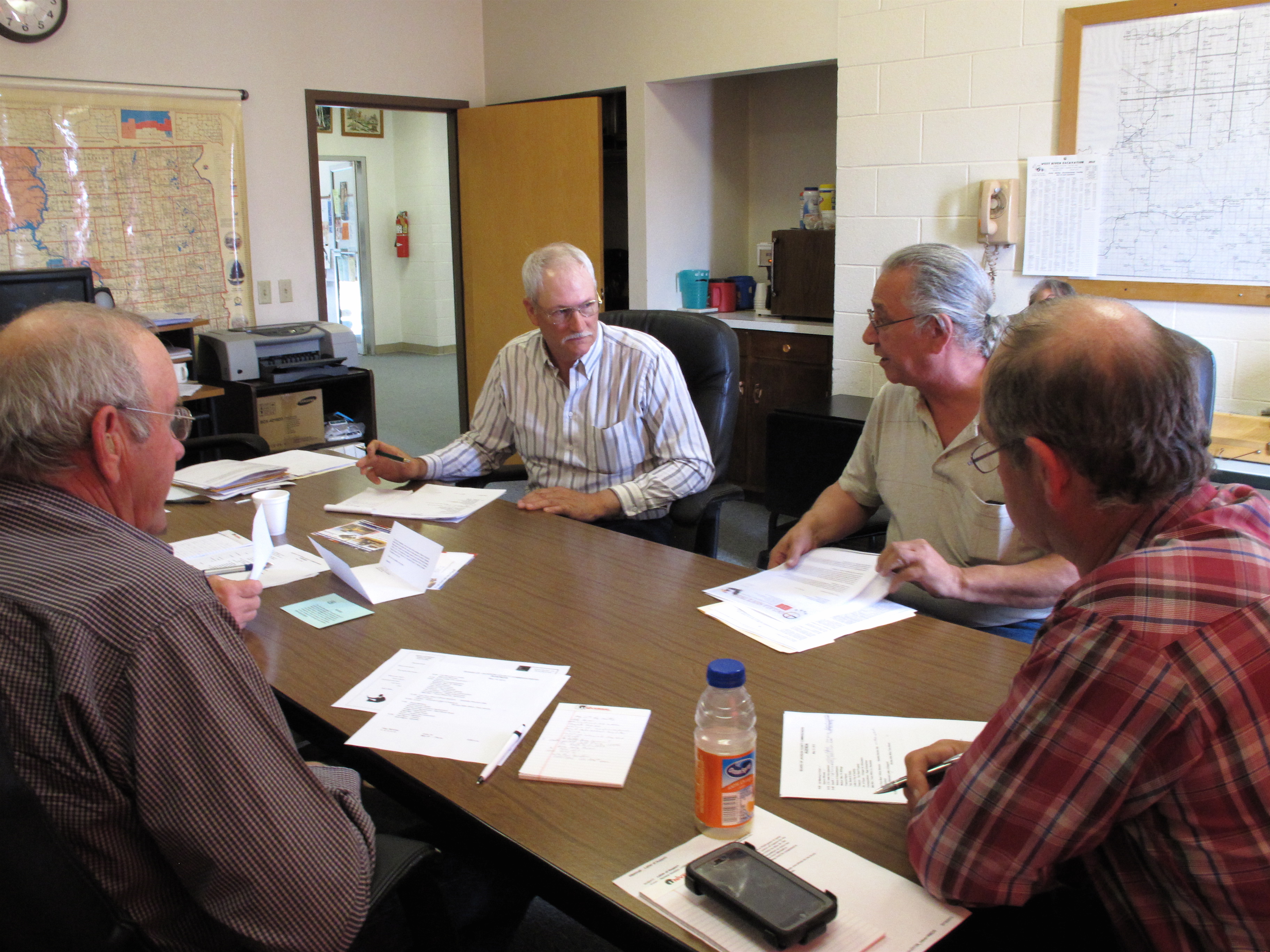 At this point, you are probably wondering why asking a federal agency for advice is so very clever. It's because the Election Assistance Commission no longer has any staff whatsoever tasked to respond to such a query, according to EAC spokesperson Bryan Whitener. He wrote in an email, "Questions that require advisory opinions regarding HAVA funds are decided by a vote of the commissioners. At this point, EAC is without commissioners." A look at the EAC's website reveals a several-year backlog of unanswered questions.

Better yet, Gant knows -- and may have long known -- that a query to the EAC would disappear into the void. Soon after the July 31 meeting, the national American Indian news source, Indian Country Today Media Network, the AP and several South Dakota media outlets reported that Gant is an officer of the National Association of Secretaries of State, which voted in 2011 to support disbanding the EAC.

As the scandal accelerates with articles, blog posts and radio and television talk shows on the subject appearing in South Dakota and around the country, Gant insists that the moribund EAC is the arbiter of the Native early-voting question. In an August 2 statement, he said, "The EAC can either say yes, no, or they may issue no response... I will not use HAVA funds unless it is clearly defined that I can do so."

Four Directions consultant Bret Healy called Gant's reliance on the EAC "troubling," given the secretary of state's involvement with the commission's demise. Healy added that any request for advice sent to the EAC was a "dead letter."

Linda Lea Viken, a Rapid City attorney and elections board member since 1999, said she was startled by the turn of events, especially since board members had pressed Gant during the July 31 meeting about when the EAC might reply and he gave no indication that the answer was, in all likelihood, never.

In an email to Secretary Gant, Viken asked, "May I ask, when did you first become aware that the EAC is not fully staffed and hasn't issued a decision for several years?"

At another point, Viken queried Gant, "In light of the information the board has now [received] about the futility of such a request, what do you propose? We certainly don't want these folks to be in limbo for years. They have been seeking this decision for a long time, and we should not be dismissive of their request."

County elections official and elections board member Patty McGee saw things differently. McGee, who has served on the EAC's federal Standards Board, told the state group on July 31, "We've given them several opportunities to vote." Later, she told this reporter for an Indian Country Today Media Network article, "A person has to make an effort."

Healy noted that having some -- but not all -- ways to vote does not constitute equality. He also referred to Natives as a "protected class" of voters, as defined by the permanent sections of the Voting Rights Act, which were not struck down and remain in effect. Because Native Americans have historically had less opportunity to participate in the electoral process and have been subject to official discrimination, any abridgment of their rights draws special scrutiny.

Separately, at the request of U.S. Senator Tim Johnson (D-S.D.), the nonpartisan Congressional Research Service has analyzed the relevant regulations and opined that it appears South Dakota's HAVA funds can properly be used for early voting, also called in-person absentee voting. Gant and the state elections board had this information for the July 31 meeting.

Gant is sticking to his guns: "We need to see what the EAC response is and proceed with the next step at that time."

According to Viken, the state elections board acts as an appeals panel for HAVA issues within South Dakota and can clarify the state's HAVA plan when necessary. She wants the state board to revisit the Indian-reservation early-voting issue. Said Viken, "It's always good for us to be refreshed on our responsibilities under the law."