A ‘Maui Ohana”(family) slate of nine native Hawaiians and grassroots housing and environmental activists are running in a historic election this November that may replace the Maui County Council’s pro-GMO majority and bring ecological stewardship of land and water to center stage across the islands.

While the Standing Rock Sioux-led protest of the Dakota Access Pipeline has focused well-deserved international attention to the role of Native Peoples in protecting our shared ecology and water, the indigenous peoples Aina (earth) Protectors United” protests against the theft of democracy and poisoning of the environment in Hawaii by the world’s largest chemical pesticide corporations have gone largely unnoticed.

In 2014, the Maui County government refused to implement a new law—the GMO Moratorium ballot initiative—passed to regulate GMO and pesticide test farms in Maui. Instead, the Maui County attorney working alongside agrochemical industry lawyers, was authorized to strike a deal that invalidated the public health-focused GMO Moratorium. A deal that then was converted into a “order” from a Federal Judge - giving everyone involved politically the desired result, as well as needed political cover.

The islands of Hawaii are the world’s epicenter for GMO testing. According to the Center for Food Safety, “In 2014 alone, 178 different GE field tests were conducted on over 1,381 sites in Hawai’i (vs. only 175 sites in California). Herbicide-resistance was the most frequently tested trait in GE crop field tests.” This means that this ancient farmland is regularly sprayed by massive quantities of dozens of types of pesticides (sometimes in combinations never before tried) on experimental GMO seeds to see what survives.

Candidates like Alika Atay, the barrel chested, thunderous-voiced leader of Hawaii’s emerging Aina Protectors United movement, an organic farmer and an outspoken Native Hawaiian, are fighting back. He is one of nine members of the reformist Maui Ohana slate running to create a people-powered County Council that is committed to bringing environmental and economic justice to the land of his ancestors. “I am speaking for the land, for the water, for the children,” Atay explains.

“Aina Protectors United is like-minded people who have been raised under the values of Aloha Aina (love the earth). Everything we do has a connection to the earth and our resources.

“Given our responsibility under Aloha Aina, we must stand up and protect. We have to look at the damage heavy chemical pesticides are doing to the soil and the aquifer. Not only what affects us now but more so the long-term future concerns. What kind of water will our future generations have to drink?”

That is the same question being asked by the Native Americans and earth activists who have converged near the banks of the Missouri River in North Dakota. The difference in Maui is that instead of protesting against the government, they stand a decent chance of becoming the government.

Allowing the express will of your citizens to be hijacked by the world’s largest poison manufacturers does not seem like a sure-fire formula for easy re-election, but that’s exactly what Maui’s political establishment did when they supported the invalidation of the GMO Moratorium vote.

“Five of the Maui Council incumbents now running for reelection refused to say a word to defend the votes and voice of the people, the very constituents who voted for them,” candidate Alika Atay explains. “The County Administration chose to get in bed with the agrochemical industry. They are corporate puppets, to me, because they violated the County Charter. They are mandated to uphold the public trust doctrine. By choosing to ignore the vote of the people and the damage to the environment, they are in violation of upholding the public trust doctrine. There are laws that they are choosing to ignore.”

All nine of Maui’s geographically distributed Council seats are on the ballot this November. The Maui County Council races are decided by what’s known as an “at-large” election, meaning that citizens get to vote for nine candidates. It also means that if the same percentage of people who voted for the grassroots GMO moratorium turn out to vote for the Maui Ohana slate, then even locally powerful incumbents could lose their seats. If that happens, then the balance of power in the Maui Council would make a historic shift on November 8, and Monsanto’s stranglehold on the island’s government would suddenly disintegrate.

For the past 20 years, the agrochemical conglomerates that sell both GMO seeds and the pesticides they are bred to resist have managed to control local and state politicians and agencies through lavish campaign contributions, a dedicated army of lobbyists, and the argument that their jobs benefit local economies, even if their work results in the poisoning of the environment and nearby human beings.

A few years ago, an unprecedented coalition of Native Hawaiians, ecologists, parents, and farmers joined together to fight the powerful corporations that were poisoning their soil, water, and health.

Citing the precautionary principle of requiring scientific experiments to be proven safe before release into the environment (as opposed to assuming they are safe until otherwise proven), a grassroots coalition in Maui created a public initiative requiring an immediate shutdown of all of County testing facilities until GMOs were tested safe by a truly independent panel of experts. The federal Food and Drug Administration, Environmental Protection Agency, and Department of Agriculture do no independent testing of GMO crops soaked in the pesticides that almost always accompany GMO food production. Instead, these federal agencies, whose top safety officials were previously agrochemical industry executives or lobbyists, rely on industry-financed (and industry-corrupted) safety tests.

Monsanto and its agrochemical allies spent $7.2 million opposing the Maui initiative, the most money ever spent per vote in any American election. All but two of Maui’s County Council members, as well as its powerful mayor, opposed the initiative. They publicly questioned the legality of the carefully written moratorium while campaigning against it for months before the election.

Despite having nearly 100 times the budget as the GMO Moratorium activists, and despite their overwhelming support among the island’s political class, Monsanto was unable to defeat an unprecedented grassroots coalition that unified Native Hawaiians, earth activists, farmers and parents. On November 4, 2014, the GMO Moratorium passed with 51% of the vote.

It was the first time in Maui County history that a public initiative had surmounted the high bureaucratic hurdle needed to make it to the ballot, and it was the first time that a public initiative had passed. Voters were euphoric. They assumed that they had won the battle for public health and their island’s ecology. But Monsanto would not go gently into the night of an empowered democracy that placed public safety and the environment over a corporation’s power to profit by poisoning the earth.

On November 13, Maui County’s Corporation Counsel held a conference call with Monsanto’s attorneys and a federal judge, followed the same day by a secret meeting between the three parties, behind closed doors, in the chambers of Hawaii Federal District Court Judge Barry Kurren.

No record exists of that meeting, but its results became clear the very next day. That’s when Judge Kurren issued an order that said, “In light of the parties’ agreement, and at the request of the parties, the court hereby enters an injunction, prohibiting the enactment and enforcement of the ordinance.”

The fix was in.

The County attorney paid by Maui’s taxpayers had signed off on Monsanto’s bid to nullify the results of the election.

To this day, Maui’s citizens have no record of who authorized Maui’s Corporate Counsel to agree to the democracy-crushing arrangement. This may have been the first time in American history that a powerful corporation persuaded both a county government and a federal judge to invalidate a legally passed local ballot initiative. Yet it was a perfectly orchestrated “black bag job,” leaving no political fingerprints.

Maui’s Corporate Counsel agreed to Monsanto’s poisoning of democracy without even informing the grassroots groups that had created and pushed for the successful initiative about the meetings with the federal judge. Maui’s grassroots SHAKA Movement found itself needing to petition a federal appellate court just to win the right to appeal the case. That request was granted, and the appeal of the Maui GMO Moratorium case is currently pending, with a ruling not expected until 2017. The Maui case will be decided by the San Francisco-based federal Ninth Circuit Court of Appeals, and has been combined with lawsuits by other organizations challenging the same federal court’s “Monsanto Doctrine”-based invalidation of similar public safety laws passed in Kauai and Hawaii Counties.

The elected representatives of Maui’s County Council never uttered a word of protest about their Counsel’s backroom deal. Nor did they seek to join in the SHAKA Movement’s appeal of the theft of the voters’ expressed will.

Alika Atay says that the invalidation of the moratorium shattered the already fragile faith in American democracy that many Native Hawaiians had. “Two years ago, on the night of the victory of the GMO Moratorium here in Maui, after they announced that we had won, a native Hawaiian couple in their eighties told me that this was the first time they had voted in 42 years. I asked why, and they told me that nothing mattered until this. At that moment I realized as a Native Hawaiian that this was not just a vote about GMO and chemical pesticides polluting our water and soil, but about four generations of oppression over the Hawaiian people.”

The Maui Ohana slate also includes two candidates for the Hawaii House of Representatives. They are incumbent Kaniela Ing, and Nick Nikhilananda, who is challenging incumbent Lynn DeCoite, a Monsanto-connected GMO corn farmer who was appointed in a controversial move last year by Hawaii’s Governor.

Alika Atay and four other candidates on the Maui Ohana County Council slate are Native Hawaiians, creating the possibility that Maui could become the first county since the loss of Hawaii’s sovereignty to be run by a Native Hawaiian majority.

Beth Savitt, President of the SHAKA Movement and an active supporter of Maui Ohana, believes that if their grassroots candidate slate can win a majority of County Council seats, they can bring a “breath of fresh air” to local government.

“We have had an entrenched county council,” SHAKA leader Beth Savitt says. “They failed us in not supporting the moratorium. It’s time for a council that will uphold the public trust and will go forward in the future in the spirit of the moratorium.”

This is Alika Atay’s hope. “We need to prove to Native Hawaiians that democracy exists here in Hawaii,” he says. “I am hoping that should we have the majority of the County Council, the other candidates on our slate will stand with me, be Aloha Aina minded, and work to support the initiative and its intention.”

Athena Dietrich, an organic farmer who has spent 20 years working in sustainable organic agriculture on three Hawaiian islands, worked to help pass the GMO moratorium. She calls the nullification of the initiative “utterly demoralizing” and adds, “When the County and the courts favored the corporate interests over the health of our people and fragile ecosystem, this idea that we are living in a democracy felt like childish idealism. I am grateful for these hard-working Maui Ohana candidates willing to represent our interests. I urge everyone in Maui who cares about the health of our families and our precious shared ecology to vote for all nine of the Maui Ohana candidates.”

Alika Atay believes that transformative change is in the air. 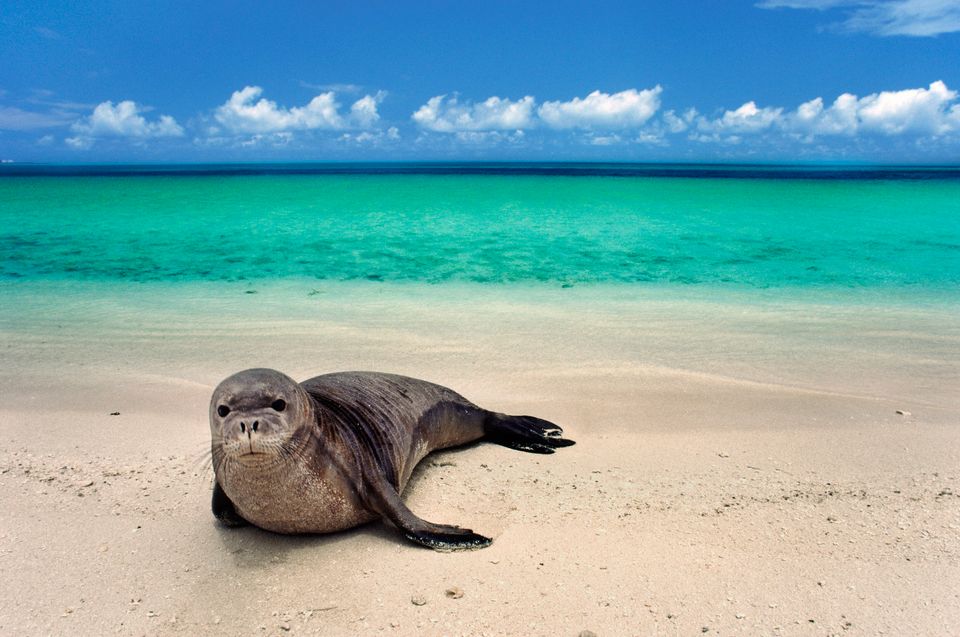