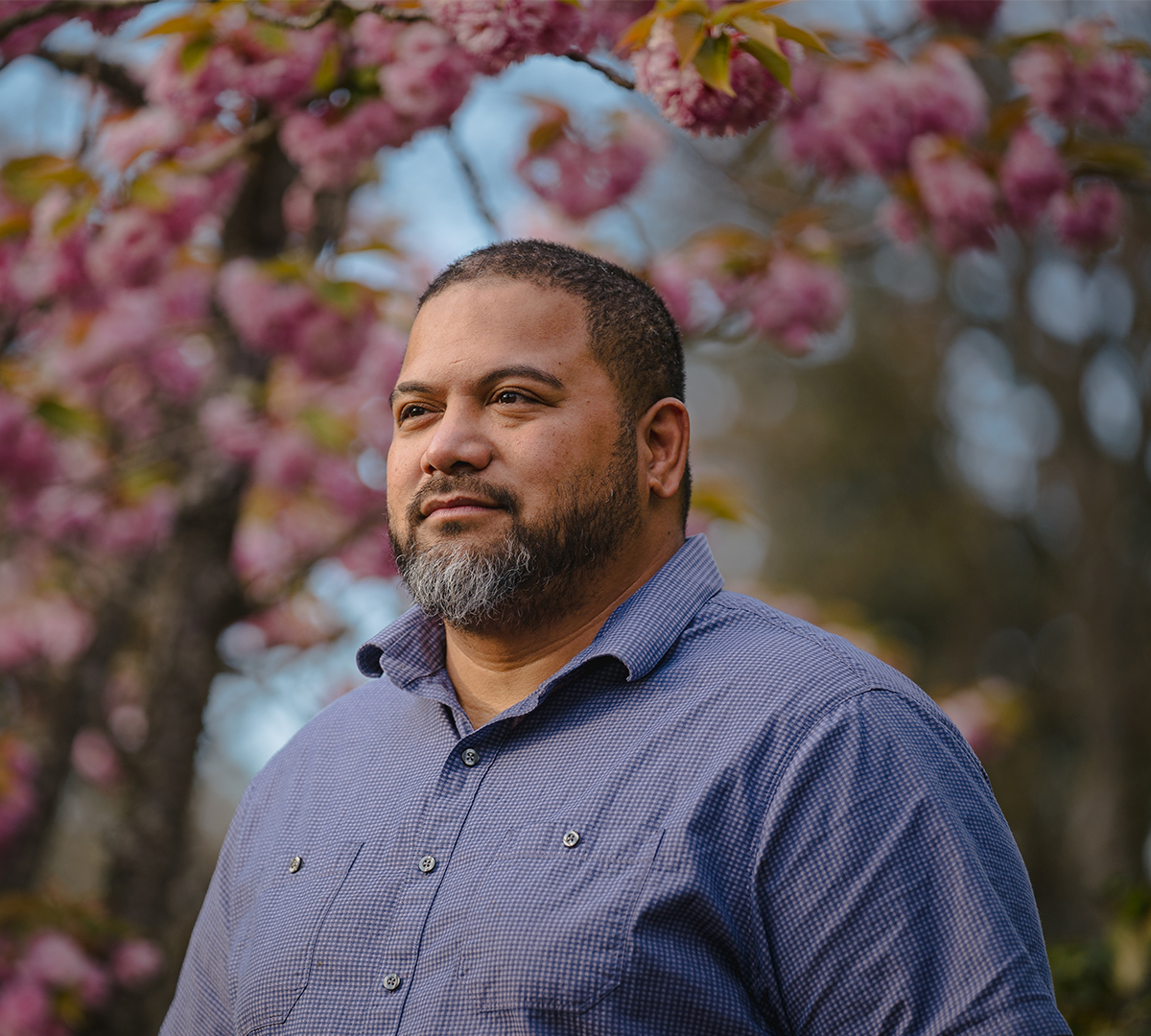 Joseph Seia, of the Pacific Islander Community Association in Washington state, describes what it's like to fight for the Pasifika people, one of the highest-risk groups in the coronavirus pandemic.

Native Hawaiians and Pacific Islanders have faced disproportionately high rates of hospitalization during the COVID-19 pandemic, yet their community leaders have had to fight for their struggles to be seen.

This is a familiar plight for Indigenous people of the Pacific, also known as Pasifika people, who live in the U.S.

To their community leaders, this is a breaking of trust between the federal government and the people from U.S. territories and Compacts of Free Association states, which include Guam, the Northern Marianas and American Samoa.

To protect their own people, Pasifika organizations across the country formed a coalition, the Pacific Islander COVID-19 Team, to offer support during the coronavirus pandemic.

HuffPost spoke to Joseph Seia, the executive director of the Pacific Islander Community Association in Washington state, about how his organization has had to work around the strange dynamic of being grouped under the AAPI label by federal agencies during the pandemic while also leaning on their island values to keep their community alive.

Health care for Pacific Islanders in the U.S. was already a “glooming black hole” before COVID-19.

Prior to COVID, we all knew that the disparities around health issues and health access is one of those glooming black holes for our community.

We know that our people have been sick for quite some time. We have never had the adequate measures to really mitigate some of those glaring disparities with access to health care — from cultural access, linguistic access, to having insurance and being able to actually go in to see a doctor.

So when COVID hit, we had a sense that our communities would definitely be impacted in tremendous ways.

Leaders from various Native Hawaiian Pacific Islander coalitions in different states were, like, “Oh, my gosh, this is going to be tremendous for our community.”

Right away, our suspicions were confirmed.

As we were looking at data from 21 states that reported on Native Hawaiian Pacific Islander as an independent racial category, we were seeing the glaring death rates, hospitalization rates, infection rates. 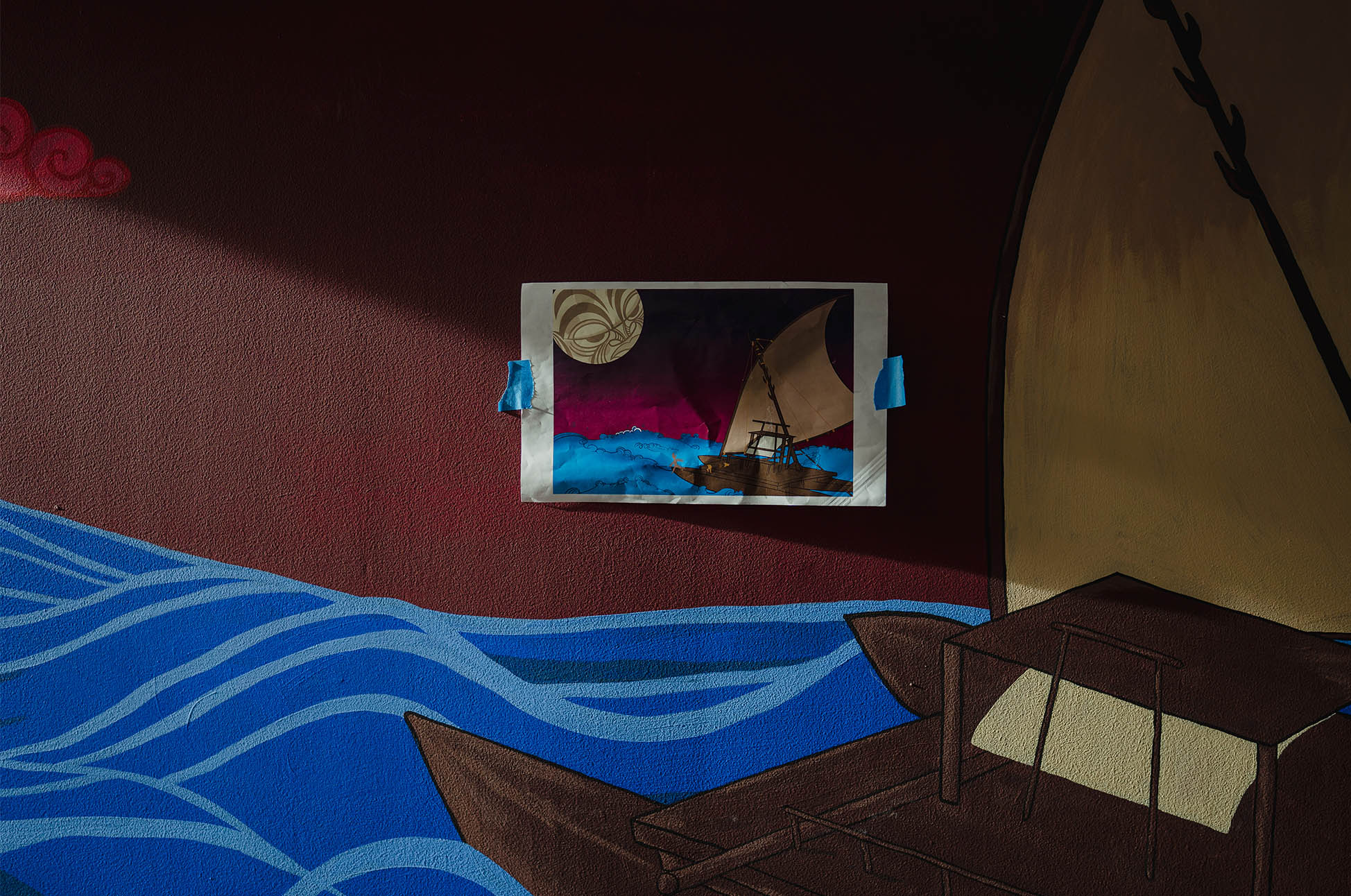 A mural about finding your way back home, by the PICA-WA Pasifika Wayfinders youth group, is pictured on April 21 at the Pacific Islander Community Association office in Federal Way, Washington.

“Eight out of 10 Pacific Islanders are from colonized U.S. soil.”

We experience overt erasure, even though we’ve made requests from either agencies or Asian-led organizations to respect the wishes of Native Hawaiian and Pacific people. Some are better allies than others.

And we’re not just making up stuff. There’s the U.S. Office of Management and Budget federal mandate, OMB Directive 15, that actually mandated federal agencies to tear apart the two groups [as] “Asian” and “Native Hawaiian or Pacific Islander” — and that was in 1997.

The weird thing is that 8 out of 10 Pacific Islanders are from colonized U.S. soil, right? So we’re essentially Native American. We have a trusted relationship with federal government through the Department of the Interior.

We are recognized as Pacific Islander and Indigenous in U.S. territories and Hawaii — but when we come here to the continental U.S., we’re Asian. How?

That is just a weird dynamic.

There’s not really an honoring of our Indigenous place within the union.

A lot of our work is education: Educating philanthropy, educating governments, making sure that whatever policies that are being pushed through that they actually name our community.

“You’re not going to erase us!”

The National Academies of Sciences, Engineering, and Medicine were tasked by our Congress and government to develop the framework around vaccine equity, and they actually named all their most impacted groups and erased Pacific Islanders and Native Hawaiians from it.

This happened because, when you look at Asian rates of infection during the pandemic, they’re not actually disproportionate to white rates. And because of that lumping, they didn’t name us Pacific Islanders.

So they actually went back into their framework and added Native Hawaiian Pacific Islanders.

[A draft of the COVID-19 equity report by the National Academies released in September indicated that Black, Hispanic or Latinx, and American Indian and Alaska Native people were disproportionately affected by COVID-19. The final report, published in October, was updated to include Native Hawaiians and Pacific Islanders.] 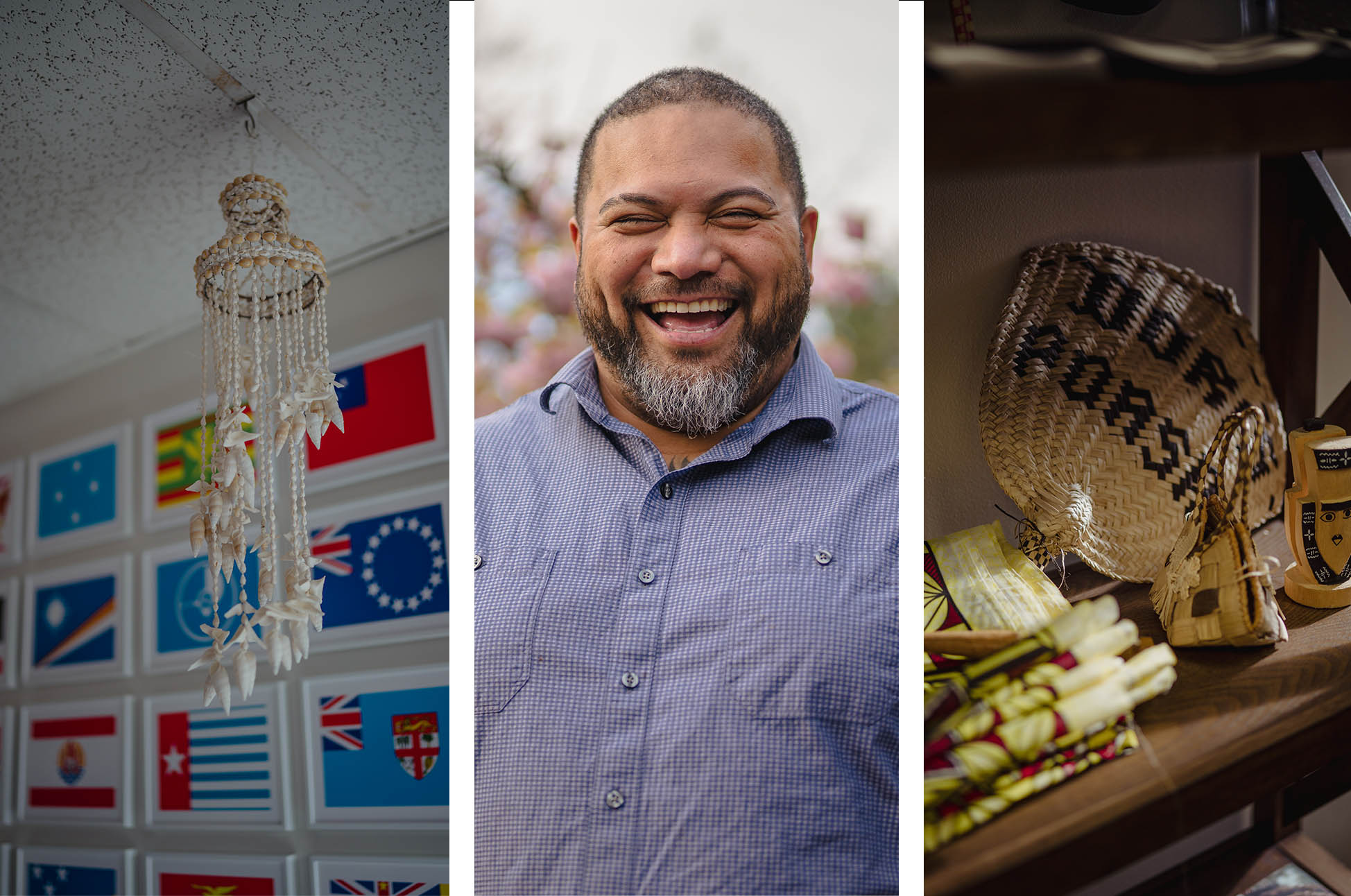 LEFT: Hanging shells in front of a display of Pasifika flags at the PICA-WA office in Washington state. MIDDLE: Joseph Seia, founder and executive director of PICA-WA, poses for a photo at the organization’s office. RIGHT: Various Micronesian and Polynesian items on display in Seia’s office.

If we weren’t really holding these institutions and agencies accountable, who would?

We know that policy has to come from the federal level. And also we need to work on changing local policy so that we are disaggregating Native Hawaiian Pacific Islanders’ data.

This is why we actually formed our national Native Hawaiian Pacific Islander Policy Council on a national level. We knew that all these new COVID-related policies that were coming were erasing Pacific people from being named in the bills. We were literally left out. A lot of dollars that came out of [the U.S. Centers for Disease Control and Prevention and the Department of Health and Human Services] were only given to large ethnic organizations.

It’s been hard because we’re doing the interception work. We’re going to federal agencies and we’re telling them, “You have to have two separate pools of funding for our two communities.”

Otherwise we’re having to beg for resources, and that’s not a good setup.

Systemic racism has led Pasifika people to rely on their own networks.

There’s a lot of systemic racism. It’s paternalism. It’s Pacific peoples being treated like children, not capable of stewarding the resources to actually help their community.

We are the ones doing the work in our communities. The funding is not coming to us, so we have to figure out creative ways to fund the COVID response work for Pacific Islanders. That’s what we’ve been shouting.

I’m not going to lie. It has been a very frustrating year to work with folks and educating folks, because we’re literally seeing our relatives die.

My co-chair for the National Policy Council passed away due to COVID in the winter of 2020. It’s very real.

COVID is hitting our community in ways that are unimaginable. When people hear six times the rate of death from the virus [compared to white people], I don’t know if they’re actually hearing it or feeling it. But it’s a sibling. It’s your mom, it’s your dad. Most Pacific Islanders have experienced immediate death from from COVID.

The pandemic is a very different experience for us. 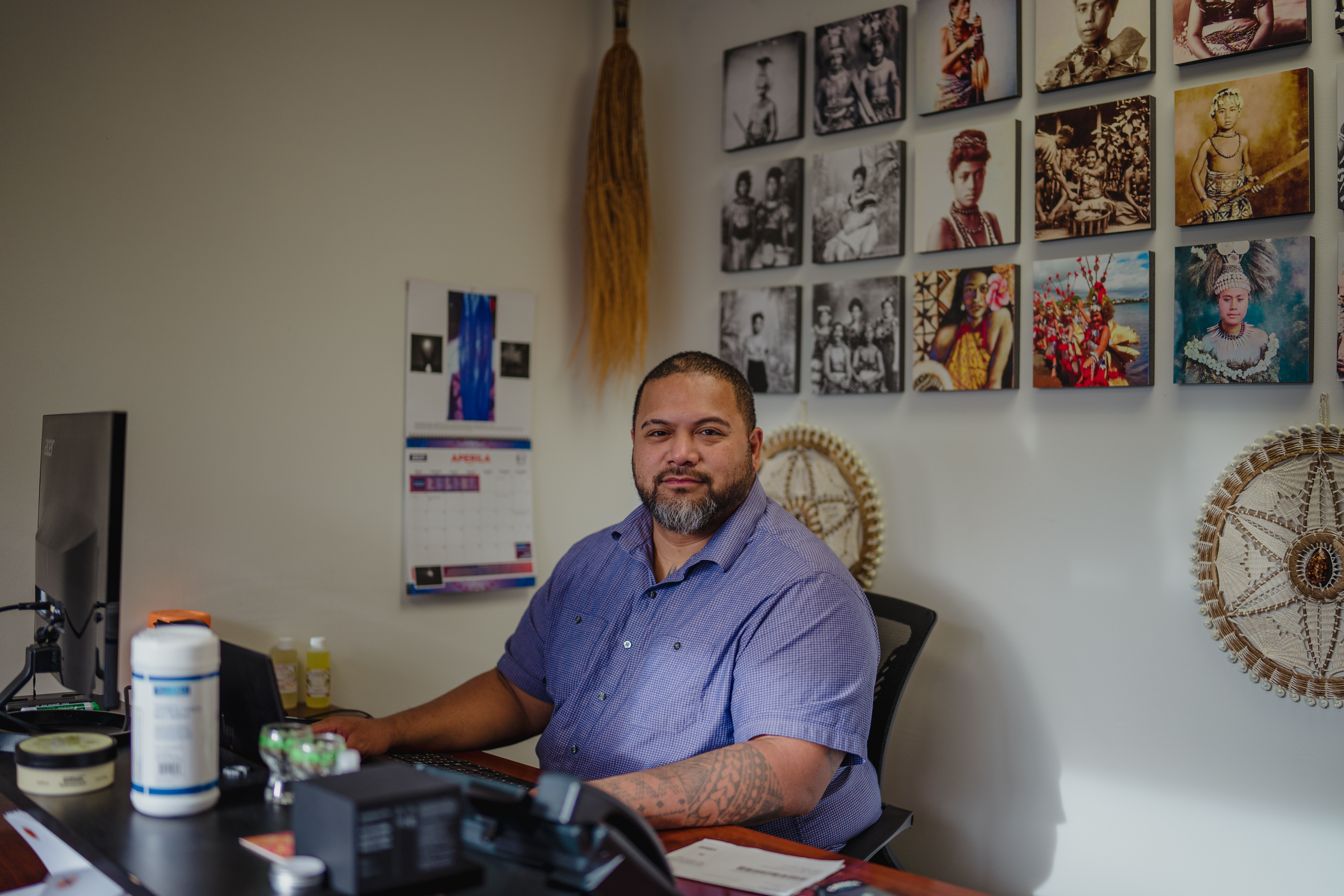 Seia pictured at the PICA-WA office on April 21.

“We’ve been yelling, knocking on doors.”

We’re constantly encouraging other Pacific Islander leaders during this time to really find ways to take care of themselves.

But a lot of us know that, whether we like it or not, this is a window of really strengthening the capacity, the leadership of Pacific peoples. We’ve never had these windows in the last few decades. We’ve been yelling, knocking on doors.

COVID has really given us another opportunity to essentially get in the door. But not just get in the door and assimilate to the U.S. the way that other ethnic communities have done, but really bring along our Pasifika values — the things that make us us.

We’re consensus-building people. So when we say Pacific Islander, or Pasifika, you can’t say it without bringing everybody along. So somebody like me who’s a figurehead has to always put our many diverse, beautiful nations in mind. I’m not leaving people behind.

“Because of the work that we’re building on a national level, people are starting to feel more empowered.”

It’s definitely a window of opportunity. Because of the erasure, Pasifika people actually don’t think that their voice matters.

As a matter of fact, a huge portion of our population cannot vote because of racist policies that this country had enacted as they were bringing the territories into the union. Literally, we cannot vote.

Now more than ever, because of the work that we’re building on a national level, people are starting to feel more empowered.

We’re really seeing the illumination of Pasifika values around resource stewardship. A majority of the CARES Act [the March 2020 coronavirus relief package] dollars did not reach Pacific families.

This value in the Samoan tradition is called faasoa. It’s this value of pulling together our resources and targeting the ones that need it the most. It’s a reframing of how we manage our literal money resources.

It’s been a beautiful thing to see Pacific Islanders. We have our Marshallese, our Chuukese, our Chamorro, our Palauans, our Tongans, Samoans, Native Hawaiians really come together.

My life is really shaped around our Pacific Islander values.

One value comes from a quote: “E fofo le alamea le alamea.” The spiny starfish has both the poison and also the remedy for the poison. It’s this belief that we are capable of our own healing. Nobody else will heal us but us. I really do believe that with my whole heart. I think that’s really what the next two decades is going to look like, as far as the work for Pasifika people. 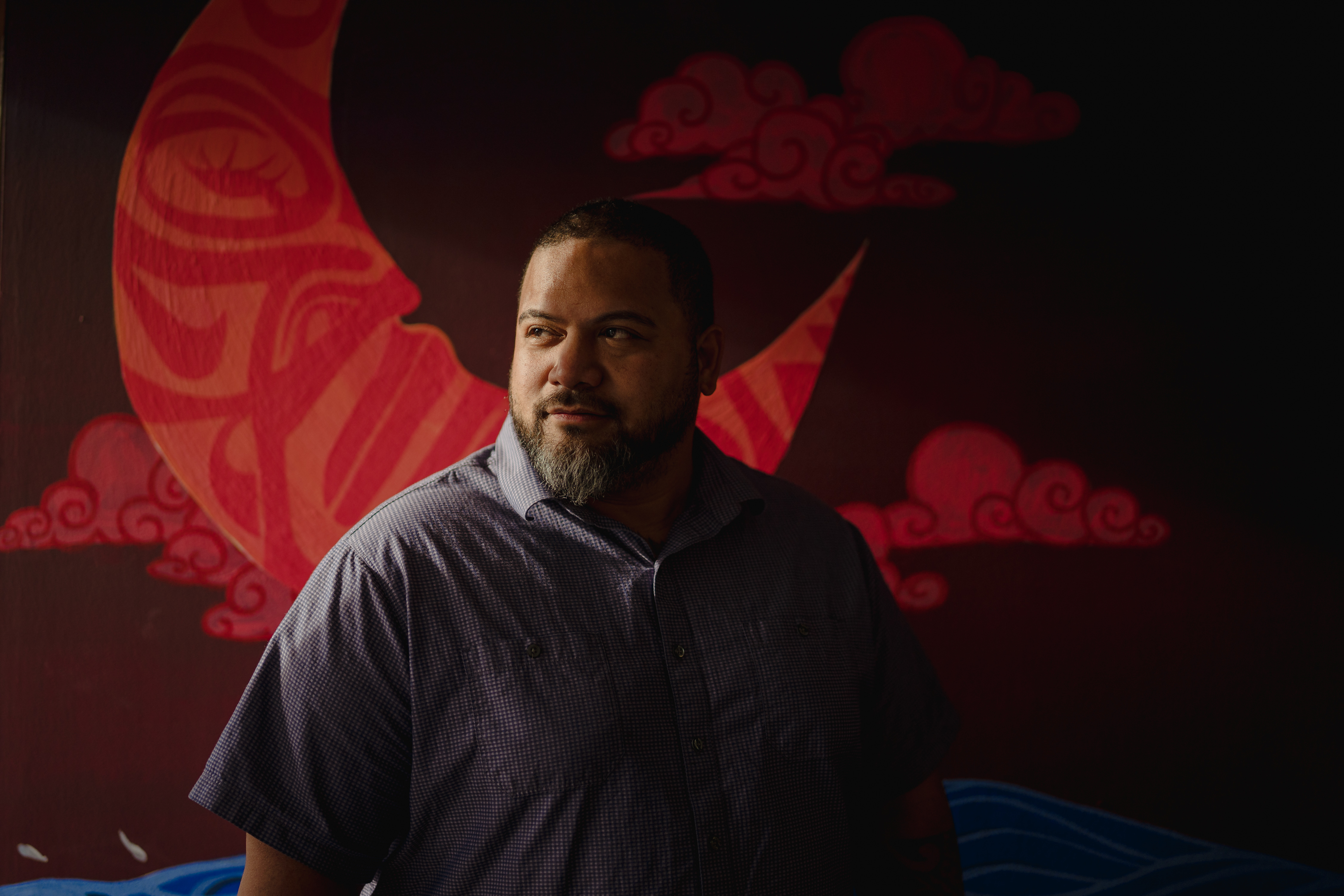 “We’re consensus-building people. So when we say Pacific Islander, or Pasifika, you can’t say it without bringing everybody along,” Seia said.