BRUSSELS, Sept 2 (Reuters) - NATO's secretary-general said on Monday he had seen evidence convincing him Syrian authorities were behind a deadly chemical weapons attack and said it would send a "dangerous signal to dictators" if the world did not respond firmly.

However, Anders Fogh Rasmussen said it was up to individual NATO countries to decide how they would respond to the attack and he did not envisage any NATO role beyond existing plans to defend NATO member Turkey, which borders Syria.

"I have been presented with concrete information and, without going into details, I can tell you that personally I am convinced, not only that a chemical attack has taken place ..., but I am also convinced that the Syrian regime is responsible," Rasmussen told a news conference.

U.S. President Barack Obama has said he will seek congressional authorisation for punitive action against Syrian President Bashar al-Assad after what Washington said was a sarin gas attack on Aug. 21 that killed more than 1,400 people.

Rasmussen said there was "agreement that we need a firm international response in order to avoid that chemical attacks take place in the future. It would send, I would say, a dangerous signal to dictators all over the world if we stand idly by and don't react."

But Rasmussen said he saw no further role for NATO in the Syria crisis, beyond defending Turkey. 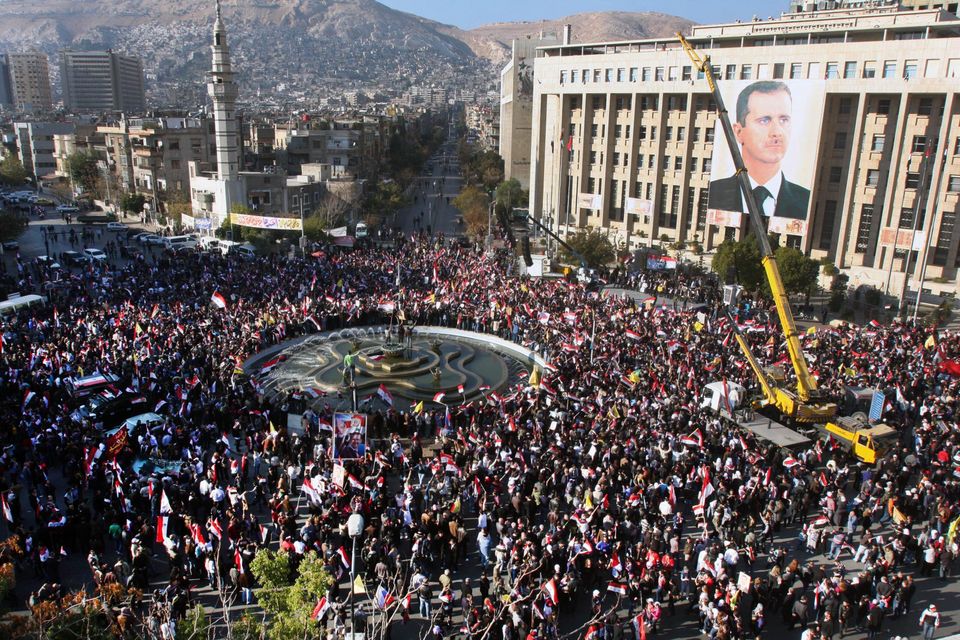