BRUSSELS, Aug 6 (Reuters) - Russia has amassed around 20,000 combat-ready troops on Ukraine's eastern border and could use the pretext of a humanitarian or peace-keeping mission to invade, NATO said on Wednesday.

Stating the conflict in Ukraine was fueled by Russia, NATO said in a statement that the troop build-up had further escalated "a dangerous situation".

"We're not going to guess what's on Russia's mind, but we can see what Russia is doing on the ground - and that is of great concern. Russia has amassed around 20,000 combat-ready troops on Ukraine's eastern border," NATO spokeswoman Oana Lungescu said in an emailed statement.

NATO was concerned that Moscow could use "the pretext of a humanitarian or peace-keeping mission as an excuse to send troops into Eastern Ukraine", she said.

Moscow denies Western accusations that it has armed and supported rebels who are fighting Ukrainian forces in eastern Ukraine. It announced new military exercises to take place all this week, involving bombers and warplanes on Monday in a show of strength near the border with Ukraine.

Polish Prime Minister Donald Tusk said on Wednesday the threat of a direct intervention by Russia's military in Ukraine has risen over the last couple of days.

NATO said early this year that Russia had amassed some 40,000 troops close to the Ukraine border. By June, the number had dropped to less than 1,000, but then Russia started building the force up again.

A NATO military officer, speaking on condition of anonymity, said that early this month Russia had significantly increased the number of troops near the Russian border.

The European Union and the United States last week agreed tough new sanctions against Russia over its actions in Ukraine, marking a new phase in the biggest confrontation between Moscow and the West since the Cold War.

The conflict worsened dramatically after the downing of Malaysian flight MH17 over rebel-held territory on July 17 by what Western countries say was a Russian-supplied missile. (Reporting by Barbara Lewis and Tom Koerkemeier in Brussels; additional reporting by Adrian Croft in London; editing by Foo Yun Chee)

NATO: Russia Could Be Poised To Invade Ukraine
Ukraine Airstrike 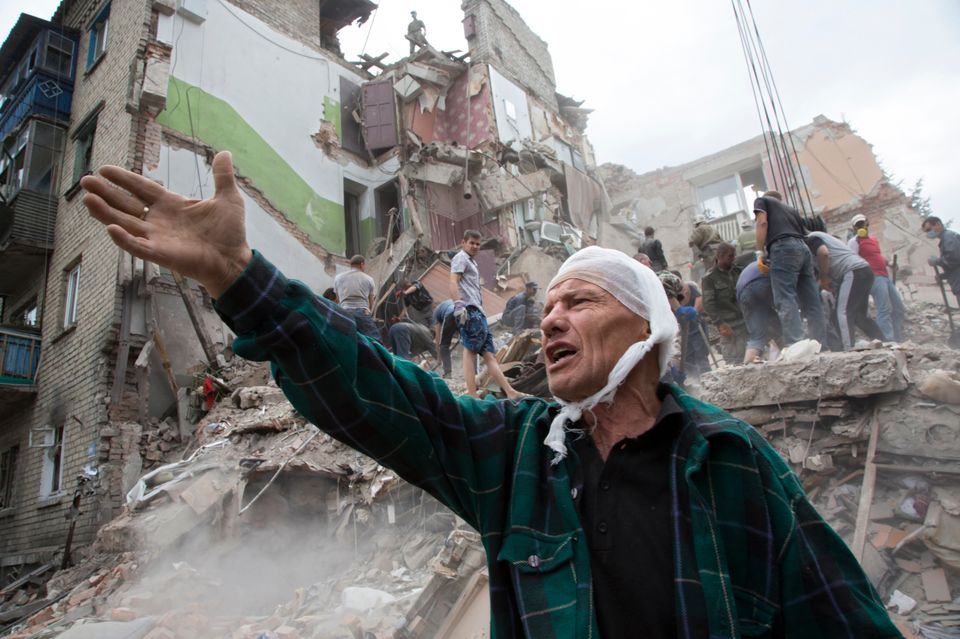