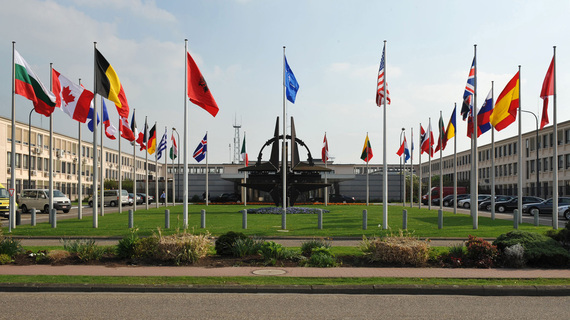 Founded in 1949, the 28-member North Atlantic Treaty Organization (NATO) is now 67 years old. Originally it was a political association. Following the onset of the Korean War it rapidly transformed itself into an alliance for mutual defense. Pursuant to Article 5 of the NATO charter, any member country attacked by a foreign entity could request assistance from the other members. The nature of that assistance was left to the discretion of each party. It did not necessarily need to be direct military assistance, although NATO's force structure was organized to facilitate a joint military response.

NATO's strategic objective, in the words of Lord Ismay, its first Secretary General, was "to keep the Russians out, the Americans in and the Germans down." Those goals largely defined NATO's mission over its first 40 years. In 1955, West Germany was incorporated into the Alliance. That decision was largely prompted by the need to integrate German military forces into NATO to ensure that the Alliance's manpower would be sufficient to blunt a Soviet invasion of Western Europe. In response, the Soviet Union organized the Warsaw Pact as its own collective security organization consisting of itself and the communist countries in Eastern Europe.

For the next 35-odd years, the two organizations defined the two-opposing sides of the Cold War in Europe. NATO's operational doctrines were designed to promote the standardization and interoperability of each nation's armaments as well as operating procedures. Its tactical and strategic doctrines, including a tacit agreement for the first use of theater nuclear weapons, were designed to counter the threat of a Soviet invasion by massed, highly mechanized infantry, spearheaded by rapidly moving armored divisions.

Since the collapse of the Soviet Union in 1989, NATO's primary purpose has become largely obsolete. The Warsaw Pact has disintegrated. Indeed, many of its former members are now part of NATO. The prospect of a Russian invasion of Western Europe has largely vanished. Even if it wanted to, Russia simply lacks the force structure to execute such an invasion much less successfully occupy Western Europe.

On the other hand, while Western Europe has little to fear from an armed Russian attack, NATO's newest members in Eastern Europe, especially those states that were once part of the Soviet Union, are particularly concerned about the Kremlin's attempts to intimidate and subvert them. 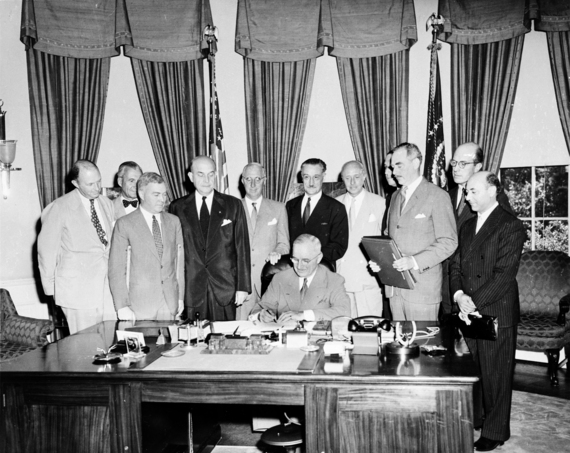 Judging by Russia's actions in Ukraine, and to a lesser extent Georgia, Russian security threats in the future are likely to consist of a combination of cyberwarfare, subversion and insurgency, especially among ethnic Russians living in targeted countries, and ongoing attempts at political and economic manipulation. By producing domestic chaos and instability, the Kremlin has a pretext to intervene with Russian military forces either in the guise of peace keepers to protect ethnic Russians or in an unofficial capacity as volunteers of unspecified origins. The latter also gives the Kremlin plausible deniability for its actions. This type of threat is very real and is completely different from the mission that NATO was originally designed to serve.

Since 1989, NATO has been steadily expanding its membership across Eastern Europe, while at the same time accepting responsibilities well outside of its original mandate. These new responsibilities have ranged from directing the International Security Assistance Force in Afghanistan to "training missions" in Iraq, to operating no-fly zones over Libya to antipiracy patrols in the Gulf of Aden. At the same time, it has also expanded its deployment in Eastern Europe. The immediate consequences have been a significant mismatch between its military capabilities and many of its current activities with the external threats, either directly or indirectly, that its members now face.

NATO's member expansion has taken two forms. In the Balkans, it has incorporated or put on a membership track many of the nations that emerged from the breakup of Yugoslavia. Serbia, who has longstanding religious, ethnic and political ties to Russia, is the sole exception. Nonetheless, Serbia has been quietly inching toward NATO, expanding its cooperation while still officially maintaining its neutrality. Lately, however, the Kremlin has taken advantage of Belgrade's current dispute with the EU over the availability of Croatian language school textbooks for Serbia's Croatian minority to strengthen its relationship with that Balkan country. Serbia is a candidate for membership in the EU and relies on the economic bloc for the bulk of its foreign investment, external markets and foreign aid.

Albania and Croatia joined NATO in 2009. The former Warsaw Pact members of Bulgaria, Romania, Estonia, Latvia and Lithuania, Slovakia and Slovenia joined in 2004. Poland, who has been repeatedly invaded by Russia over its long history, Hungry, and the Czech Republic all joined in 1999. Bosnia-Herzegovina, Macedonia and Montenegro are all candidate members pending their satisfying the required preconditions for membership.

The Kremlin poses less of a security threat to the Balkan nations then it does to its immediate neighbors in Eastern Europe. Russia has historically claimed that it had longstanding interests in the Balkans because of ethnic and religious ties. It was Russian support of Serbia in 1914, in its dispute with Austria-Hungary, after all, that triggered the chain of events that ultimately precipitated World War I. NATO's objectives in the area were, instead, motivated by two other concerns. First, a recognition that the economic wellbeing of the Balkan nations was contingent on closer integration with the EU and access to the bloc's markets and capital. Secondly, that integration of the region's military forces into NATO, along with EU membership, would make local outbreaks of violence less likely.

NATO's eastern expansion was, in part, also motivated by the corresponding eastern expansion of the EU and the desire to incorporate those countries into a European-wide system of collective defense. There was also an element of atonement for the decision made at Yalta two generations ago to abandon the region to Soviet hegemony. NATO's expansion into Eastern Europe, and especially into some of the former states of the Soviet Union, was seen by the Kremlin as a provocation and ran counter to what Russia claimed was an unofficial agreement reached with the United States in 1990 to forego NATO's eastern expansion in return for Soviet acquiescence to German reunification.

Of late, Russia has become increasingly provocative toward the nations that make up what the Kremlin calls the "near abroad." These are countries that were previously either part of the USSR or under Soviet control and which geographically Russia sees as essential to Russia's defense. Their participation in NATO is deemed by the Kremlin as threatening to Russia. These provocations have taken the form of frequent overflights of armed Russian fighter-bombers operating with their transponders turned off, numerous instances of cyber warfare, blackmail threats to interrupt Russian supplies of natural gas or electrical power, attempts to stir up organized dissent among ethnic Russian citizens in those countries, military intimidation and heavy handed attempts at political and economic manipulation.

In the case of Georgia, once a candidate member to join NATO, but since shelved, this also involved an invasion by Russian special forces. In Ukraine's case, similar actions, including Russian seizure of the Crimea and portions of the Donbass Basin whose population was predominantly ethnic Russians, was organized to forestall any moves by Kiev to pursue NATO membership. Particularly worrisome is the fact that all three of the Baltic Republics, Lithuania, Estonia and Latvia, have been seeing an intensifying pattern of Russian provocation and attempts at political intimidation.

In June 2016, NATO added cyberwarfare as an "operational domain of war," no different than land, naval or aerial warfare. While cyberwarfare now qualifies as a form of attack that can trigger the Article V mutual defense provision, the nature of cyberattacks makes it difficult to always know who the antagonist is. These new types of Russian tactics, while no less threatening, are a lot more diffuse than an armed attack.

More importantly, NATO doesn't have an offensive cyberwarfare capability, although there are persistent rumors that it is working on developing one. In the event of a cyberattack, even if its Russian origins were indisputable, NATO response options would be limited. There is little likelihood, that under such conditions there would be a consensus within NATO to respond militarily. The most likely response from NATO would be to do nothing while its member governments would respond with diplomatic and economic sanctions against Moscow.

The Kremlin's new playbook includes provocations that do not explicitly come under the provisions of what constitutes an attack under Article V. They are a lot more subjective and open to interpretation or dispute. Ethnic unrest, for example, may result from legitimate domestic grievances as well as foreign manipulation or subversion. Many NATO members are reluctant to make what appear to be purely domestic issues a pretext for triggering the mutual defense clause.

NATO needs to redefine the kinds of threats it is designed to oppose as well as how it can respond to the Kremlin's current tactics. To date there is no consensus within NATO on what this new threat definition should be or how the organization should, if at all, react. For NATO's Eastern European members in general, and for the Baltic Republics, in particular, this new redefinition of NATO's security mission can't come soon enough.