2011 was not a pretty year in terms of natural disasters. Around the world, regions were slammed with extreme weather and catastrophes resulting in costly devastation and massive death tolls.

The U.S. broke its record for billion-dollar weather disasters. The Associated Press reported that in 2011, the U.S. saw more weather catastrophes costing at least $1 billion in damage than it experienced throughout all of the 1980s.

Tornadoes ripped through the U.S., devastating regions such as Tuscaloosa, Alabama and Joplin, Missouri.

One of the biggest stories of the year was the earthquake and tsunami that hit Japan in March, killing thousands and wreaking havoc at the Fukushima Dai-ichi nuclear plant.

Heat waves over the summer scorched the U.S. and Texas suffered from fires and its worst drought in decades. An earthquake rattled the East Coast in October, and Hurricane Irene followed shortly thereafter.

Over 1,000 people were killed this year by weather in the U.S., according to National Weather Service Director Jack Hayes, who told the Associated Press in December he'd never seen a year like "the deadly, destructive and relentless 2011."

In November, the Intergovernmental Panel on Climate Change issued a report stating that the world must prepare for more "unprecedented extreme weather" caused by global warming. 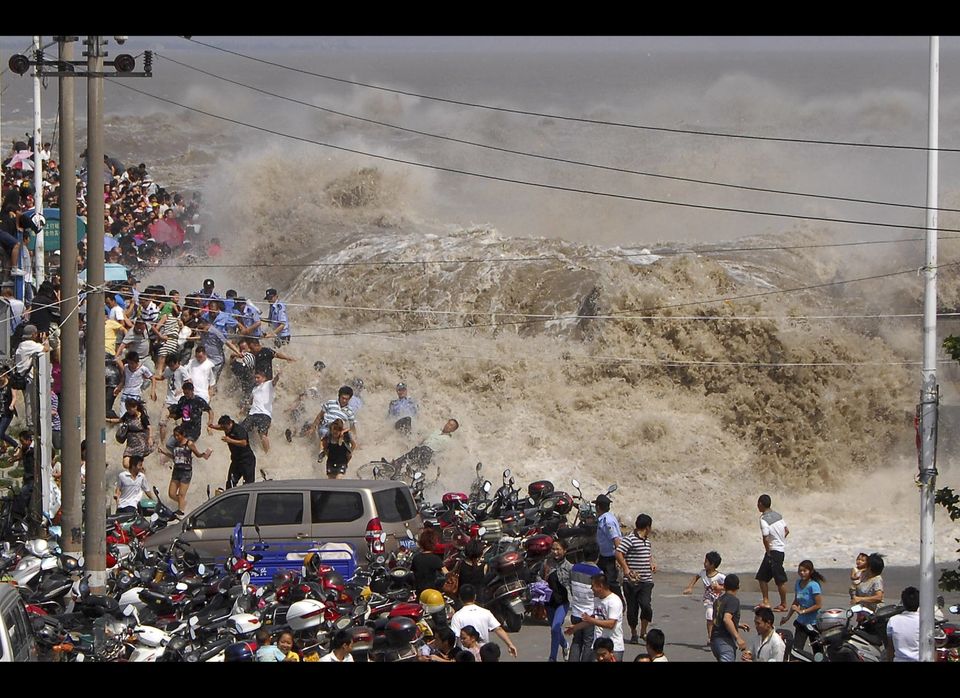 1 / 28
In this Wednesday Aug. 31, 2011 photo, spectators flee as waves created by a tidal bore crash over a barrier on the Qiantang river at Haining, in east China's Zhejiang province. About 20 people were injured when they were caught too close to the river while viewing the annual tidal bore, which occurs when sea water from an unusually high tide funnels into the river, creating high waves. (AP)