I live in a quiet corner of New York State. My wife and I chose to raise our children here because we want our children to grow up in its peaceful, pastoral landscape. But the calm that drew us here is about to be shattered by a gold rush in natural gas drilling.

Most people think drilling happens out on the lonely Western plains or on distant rigs in the Gulf of Mexico. But in the past few years, a natural-gas gold rush has spread across Pennsylvania, is poised to burst into New York State and could spread across the watershed that supplies drinking water to more than 15 million people in New York City, Philadelphia and other locations.

Like people in the Gulf, local communities are learning that when something goes wrong, neither the energy companies nor the government regulators offer much help.

Companies aren't even legally obliged to tell us the names or formulas of the nearly 590 chemicals that have been identified by experts as being used in their wells. I don't know when America got to the point where someone can pour 590 chemicals into the ground with impunity -- where we have to argue for our right to know what's in our water and to protect our families.

But as I watch this natural-gas gold rush get closer to my home, I realize America has a choice to make: We can either keep going down this road of dirty energy's boom and bust or we can pursue something more sustainable. I think America can make the shift to renewable power, but in the meantime, the drill pads keep coming.

I live on the Delaware River -- which the organization American Rivers just named the number one endangered river in the nation because of gas drilling. About a month ago, I got a call from my friend who lives on the Pennsylvania side of the river.

He said, "They're here to drill next door. My one-lane country road has turned into a 30-foot highway. Huge trucks keep coming. They've started doing sonar pounding to see where the gas is and they're going to start test wells just a mile away from the river." 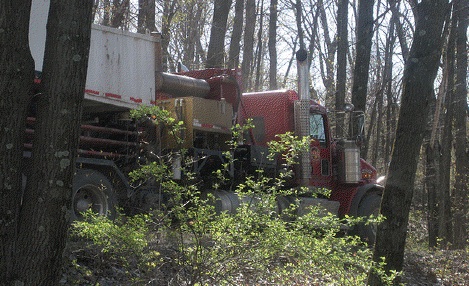 My friend and I wouldn't be so panicked about the arrival of those wells if we knew they could pump gas without endangering the water or the people nearby. That isn't the case.

These wells use a technology called hydraulic fracturing, known as fracking. To get to the gas -- which is buried in tiny pockets deep within a formation called the Marcellus Shale -- companies have to fracture the rock. They drill down and inject fracking fluid -- a mixture of water and some of those 590 chemicals -- into the well at high pressure to blast the rock apart and release the gas.

A loophole in the Safe Drinking Water Act exempts fracking from regulation. States can step in with their own regulations, but most haven't. Two thirds of the states where fracking takes place have done nothing at all to regulate the practice. And Pennsylvania hasn't done nearly enough. It's basically been a free-for-all for companies. So energy representatives go into struggling farming communities and offer to pay royalty for sinking wells on people's land. It sounds good at first, then reality sinks in. 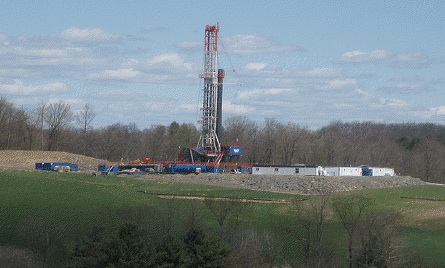 I have made several trips to Albany to talk to lawmakers. The first few times were discouraging. You pass the well-dressed, well-paid industry lobbyists in the halls and you know the deck is stacked. But after you show up three or four times, you see a light go off in the politicians' heads. They realize, "Hey, these people aren't paid to be here. They are showing up with real science, they aren't coming out of ideological cause. They are here because it is a public safety issue."

Our elected officials are the only firewall we have between us and dirty-energy disasters, and we have to pressure them to stay strong. We have to demand they stand up and say: "We need to know what energy companies are putting in our water. We need to protect our farmland. We need to invest in renewable energy that don't carry these risks."

Right now, New York State's legislature is considering two separate bills that would impose a temporary moratorium or suspension on new drilling in the Marcellus Shale. This is the chance for New York to become the first state to put a halt to any new drilling on the grounds that the risks -- and how to manage them -- are not yet adequately understood.

New Yorkers should act now and click here to tell their elected officials step up and make sure its people and places are protected first.