In a unique celebration of heritage and um, hair, about 40 African-American Barbie dolls are being transformed into curly-top beauties this holiday season.

Although Barbie has been around since 1959 and comes in 50 different nationalities it's rare to find a black doll with textured hair.

So, in an attempt to create dolls that reflect the image of little black girls with natural hair, the Ledger-Enquirer reports that members of an African-American natural hair group in Columbus, Ga., have decided to give Barbie a DIY natural hair makeover.

With a few pipe cleaners here and some boiling water there, the ladies, who followed an online tutorial, are turning the silky straight manes of donated black Barbies into fabulous kinky curls.

"We wanted to show the girls that basically, it's okay the way God made you," Jennifer Henderson, a member of the group, told the Ledger-Enquirer.

It looks like a number of people have been busy giving Barbie natural 'dos -- here are a few we found on Tumblr. 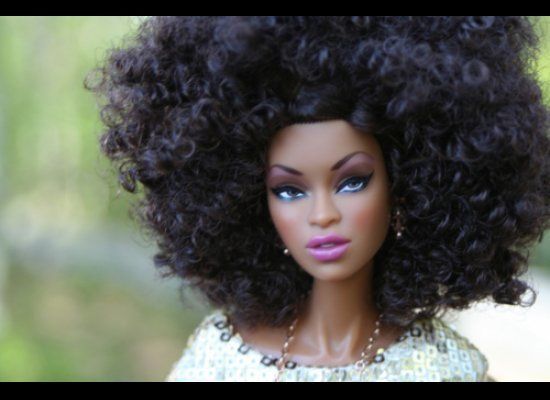