About 9 million U.S. adults use prescription sleep aids to ensure quality rest, according to a recent CDC study. But experts caution that sleeping pills aren't always effective or safe, and many think their use should be limited.

"If you have an insomnia disorder, you probably need to see somebody who specializes in insomnia, you might need extra help," says Michael A. Grandner, Ph.D., of the Center for Sleep and Circadian Neurobiology at the University of Pennsylvania. The good news is insomnia can often be treated "pretty effectively using non-medication approaches," he says, but many people haven't heard of remedies beyond pills. 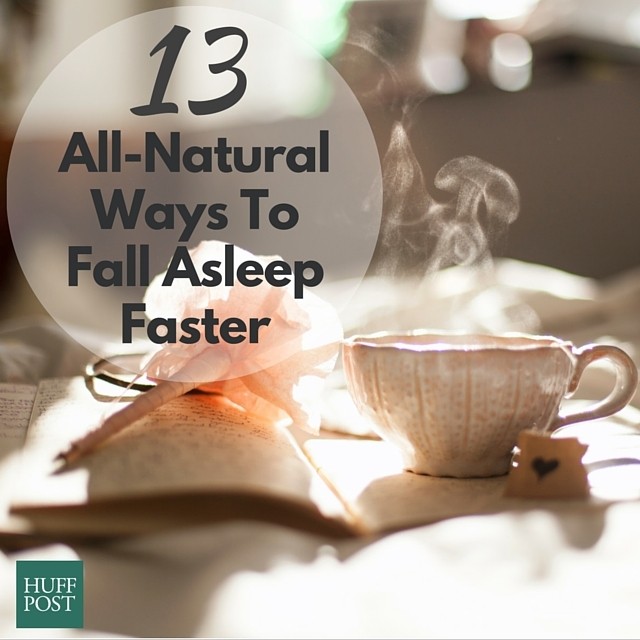 So how do you get to sleep when you just can't? These all-natural sleep aids will have you drifting off in no time, no Rx necessary.

1. Consider Cognitive Behavioral Therapy
Cognitive behavioral therapy for insomnia or CBT-I is considered the gold standard for insomnia treatment, the method with the most scientific evidence to support it, says Kelly Glazer Baron, Ph.D., M.P.H, a sleep researcher and neurology instructor at Northwestern University's Feinberg School of Medicine.

Typically, CBT-I involves meeting regularly with a therapist for various sleep assessments, according to the National Sleep Foundation, and you may be asked to keep a sleep journal and change a number of your sleep habits.

2. Get Out Of Bed
One of the biggest problems people say they have falling asleep at night is that they just can't stop their minds from racing, says Grandner. Without proper time to wind down before hopping into bed, our brains are likely to say, "Well, here's what's on my plate!" as soon as you're under the covers, essentially training us to associate bedtime with fretting, he says. "It's a little counter-intuitive," he adds, "but get out of bed if you're not asleep after 20, 30, 40 minutes." Technically a CBT-I theory, this practice of "stimulus control" can be used by anyone, anywhere, and helps you re-associate the bed with sleep, he says. Do something else for 30 or 60 minutes out of bed until you're really feeling tired, he says. Just make sure it's not something too stimulating or involving bright light.

3. Try Progressive Muscle Relaxation
First developed in 1915, this technique will never get old. "Progressive muscle relaxation is a relaxation exercise in which you systematically tense and then relax all the muscle groups of your body," clinical director of UPenn Medicine's Behavioral Sleep Medicine Program Phil Gehrman, Ph.D., told Everyday Health. "It helps promote overall physical relaxation, which has a number of benefits on its own." It was shown to reduce fatigue and improve sleep quality in a study of women undergoing breast cancer treatment. Give it a try with this simple progressive muscle relaxation practice. 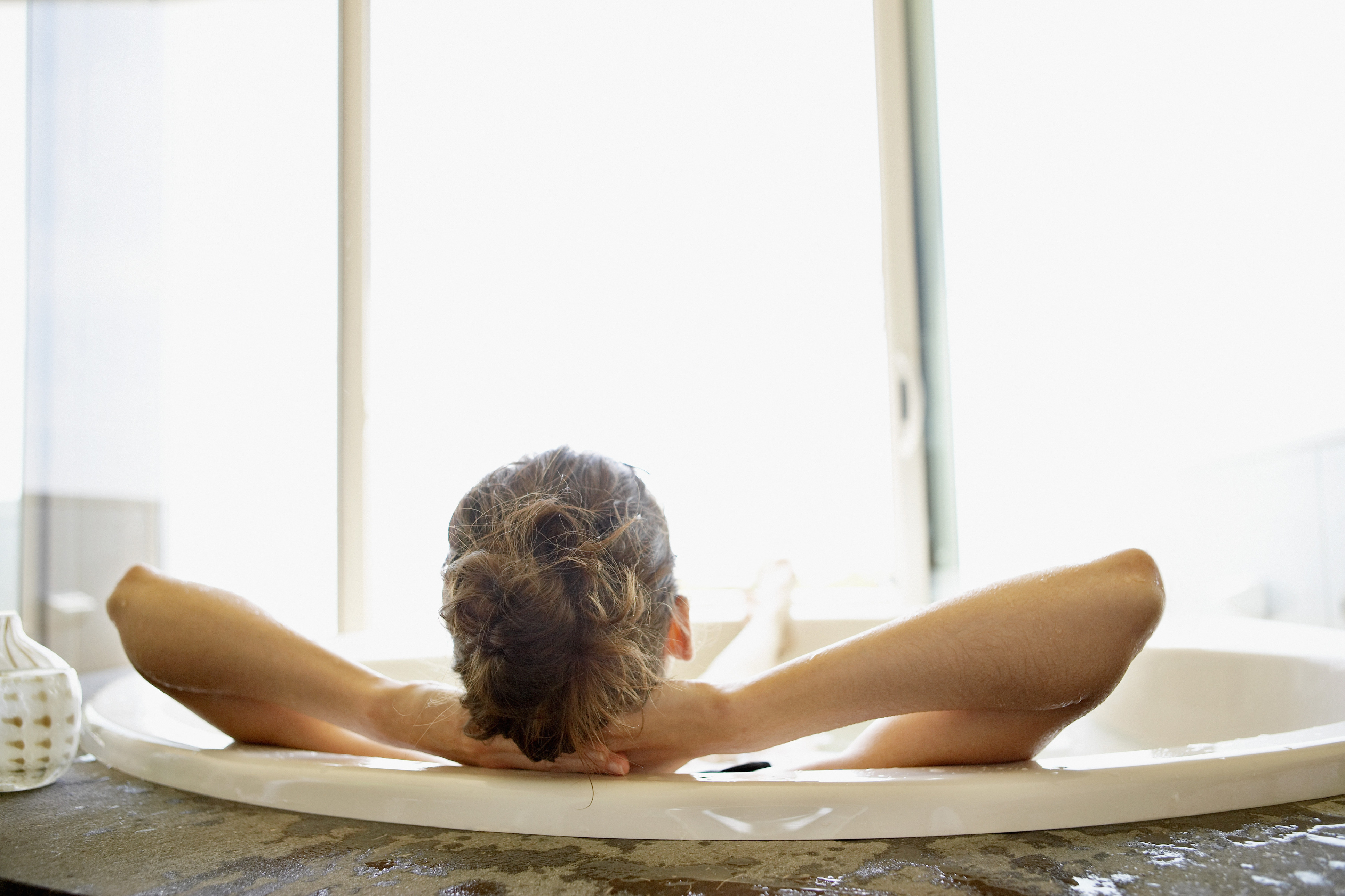 You can skip the candles and rose petals, but a soothing soak really can help you get to sleep. That's because relaxing in the tub will raise your body temperature slightly, and when you get out, the rapid cooldown will mimic the natural temperature drop the brain triggers as it prepares for sleep. A small 1985 study found that people who take a warm bath before bed not only fall asleep more quickly, but also report better quality of sleep.

5. Meditate
If you'd rather quiet your mind but leave your muscles out of it, a simple mindfulness meditation may also do the trick. A 2009 study found that meditation can help fight insomnia. The researchers found that meditators slept longer and better thanks to the deep relaxation powers of the practice. Try this 10-step meditation for better sleep tonight. If that's not quite your style, even just some deep breathing can help clear your mind and better prepare you for sleep. 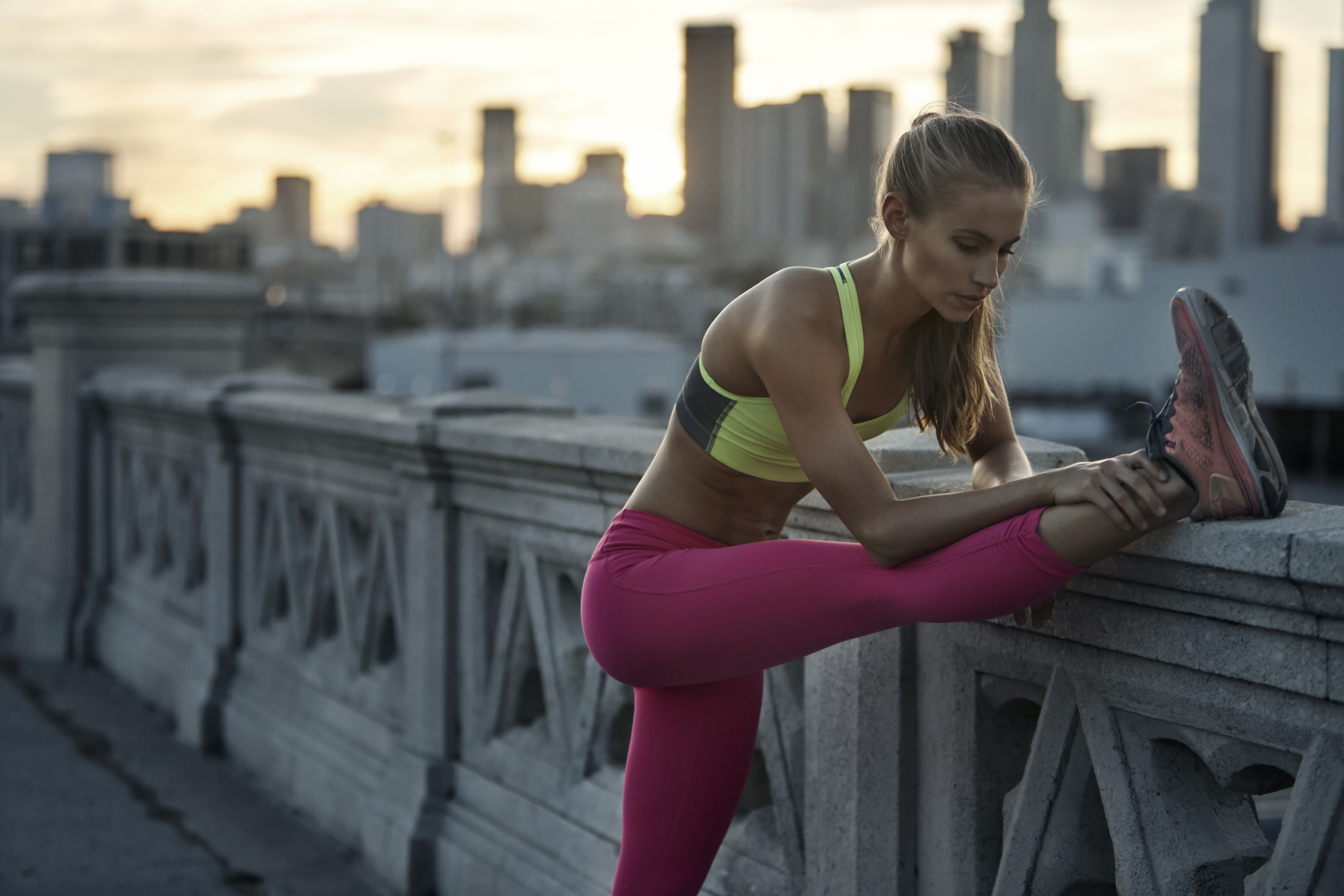 Regular exercisers may not realize it, but they're onto something. The physically active report getting better sleep than people who don't work out, according to the 2013 National Sleep Foundation's Sleep In America poll. It seems that the particular timing or form of exercise isn't as important as whether or not you simply move, says Grandner: "The evidence is out there that people who are even getting mild exercise are sleeping better than those who aren't." If that doesn't convince you to exercise even just a little, we don't know what will.

7. Do Yoga
As a form of mind-quieting physical activity, yoga may just be the best of two worlds. And while there aren't exactly scientific studies showing a regular yoga practice can help you get more or better sleep, we do know that yoga does wonders for relaxation. "If your sleep problem is that you're unable to relax, [yoga] could be a way to intervene," says Grandner.

Not sure where to begin? Try these 10 calming poses perfect for bedtime. 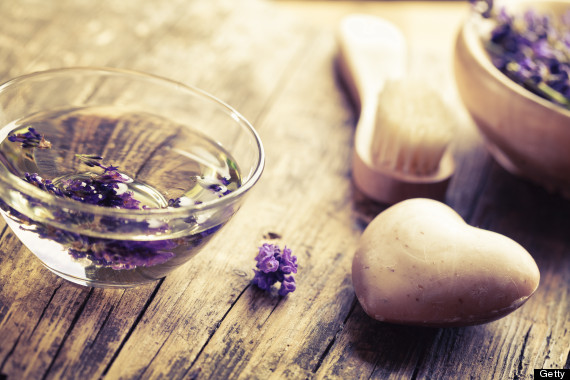 Whether it's an essential oil, a bath scrub, a sachet in an eye mask or even a pillow or mattress, lavender is the scent you're searching for if you want more and better sleep. In a small 2005 study, a whiff of lavender before bed resulted in more deep sleep. And a 2008 study found that smelling lavender helped a small group of women with insomnia fall asleep more easily, the Wall Street Journal reported.

9. Set Your Bedroom Up For Success
For people with insomnia, "the bedroom just becomes unpleasant, a war zone," says Baron. That's why she recommends making a few simple changes to make it as comfortable a setting as possible. Maybe it's as simple as buying a new set of comfy sheets, she says. Other bedrooms may be too light. Even the faintest bit -- whether it's from behind the drapes or beaming from the alarm clock -- can keep you up. The bedroom should also be quiet; consider investing in a white noise machine or app if it's not. Set the thermostat for a just-right temp somewhere between 60 and 67 degrees. And please, please, please leave the cell phones in another room -- or at least put them on Do Not Disturb.

"We hear the most about melatonin," she says, "but it's most useful for disorders that affect the body's clock." A small dose can help shift your circadian rhythm if you're recovering from jet lag, for instance, she says.

It's also frequently used wrong, says Grandner. Melatonin doesn't induce sleepiness the way most of us imagine, he says. Instead of right before bed, it's most helpful if it's taken a few hours before bedtime, as the body is just beginning to "ramp up its natural production" of the sleep hormone, he says.

Another supplement option is valerian, made from the root of the herb. Only small studies have been conducted with inconclusive results, according to the Office of Dietary Supplements of the National Institutes of Health. Baron says some people may find it to have a relaxation effect, meaning it could help with more mild sleep problems but probably won't cut it for insomnia, says Grandner.

L-theanine is an amino acid found naturally in green tea that seems to promote deep sleep. Since drinking enough tea to really reap the benefits would have you running to the bathroom all night long, some people opt for a pure L-theanine supplement. 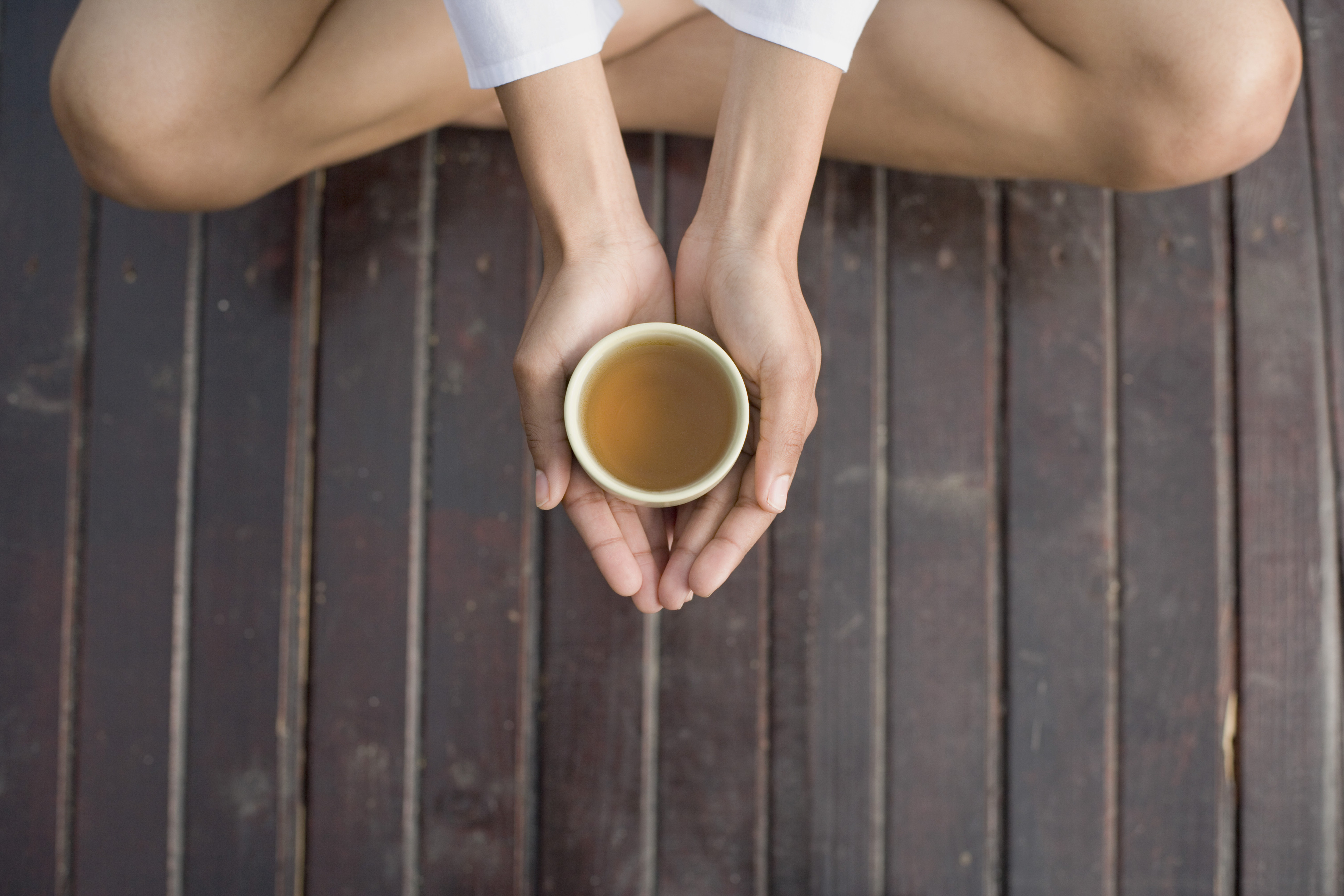 Caffeine's a no-no, but caffeine-free herbal tea may actually help you sleep. Many "Sleepy Time" teas are made from the same compounds used in supplements that promote sleep, like valerian or chamomile. Plus, there's something inherently calming about a warm sip before bed, even if it's just the ritual of taking the time to do so.

12. Cut Caffeine Earlier
Caffeine has a half-life of five hours, says Baron, meaning five hours after your last cup of coffee, half of its caffeine content is still in your system. Depending on how much you drink -- and how strong it is -- you could find yourself counting sheep when you'd rather be sawing logs. To avoid problems at bedtime, Baron recommends cutting yourself off after lunch. 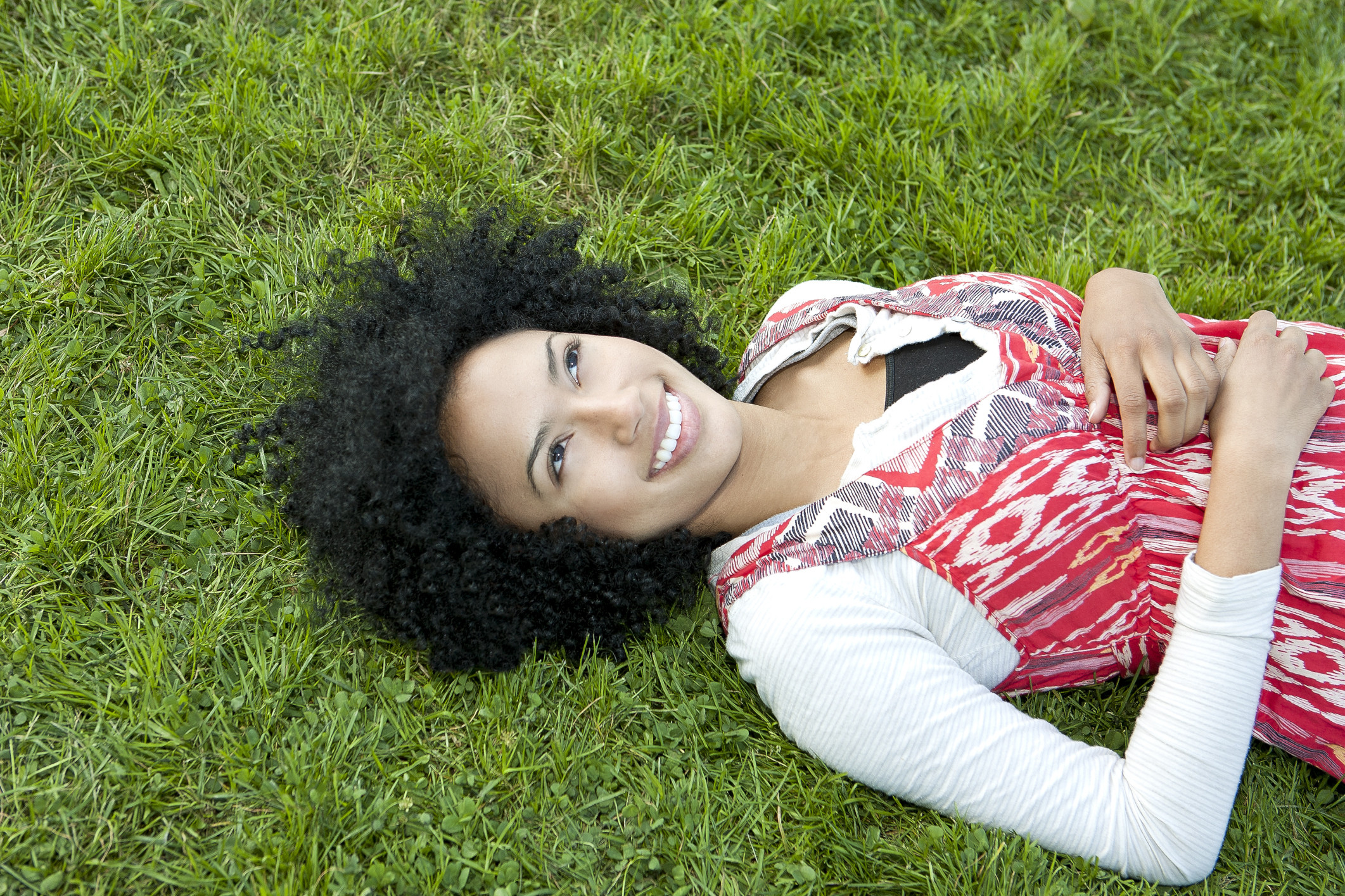 Like caffeine, nicotine is also a stimulant, and may lead to sleep disturbances during the night. In 2008, Johns Hopkins researchers found that smokers were four times as likely to say they woke up feeling tired in the mornings than nonsmokers.

Have you tried any of these natural sleep remedies? Let us know what works for you in the comments below!