By Pascal Mittermaier and Bill Ulfelder

As a "heat dome" has settled over much of the country this week, causing temperatures to rise to the triple digits, this summer's extreme heat is fast becoming deadly.

Already, at least six people have died in the United States as a result of the ongoing heat wave, including a child in a car, a pre-teen who went hiking in extreme temperatures, and several elderly people -- and that heat is expected to continue, with the heat index in in New York and Washington, D.C. potentially topping 100 F this week. 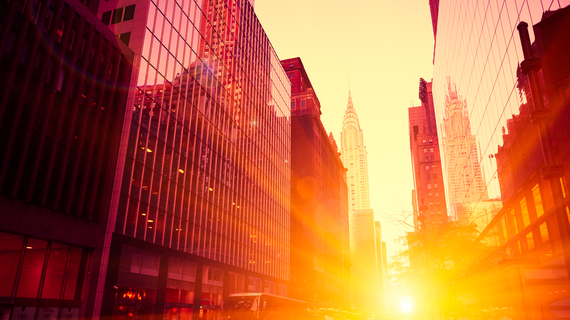 As our global climate shifts, these tragedies will become more frequent unless municipal and conservation leaders in cities take this threat seriously, and take action to safeguard their most vulnerable residents against extreme heat.

In America's biggest city, New York, we are doing just that.

For many, summer in New York City means a chance to enjoy longer afternoons, explore nearby beaches or take lunch meetings out-of-doors. But as lovely as summer in New York -- or any city -- can be, it can also be outright dangerous, even fatal. Extreme heat is a threat of which every city dweller should be aware -- and it is only getting worse.

Across the globe, people are moving into cities at a faster rate than ever in our history. In fact, scientists predict that by 2050, the world's population will reach 9 billion and more than two thirds of those people will live in a city. Climate change and rapid growth places our world's cities in a precarious position, facing threats from severe storms, enduring droughts, raging floods, and extreme heat.

In many urban areas, the lack of trees, vegetation and green open spaces combined with dense, hard surfaces of concrete and asphalt produce and trap a tremendous amount of heat generated by our everyday activities: idling traffic, cooling buildings and homes, and other producers of "waste heat." These factors create an "urban heat island" -- a feedback loop that further exacerbates high temperatures. In New York City, the effect often results in temperatures that are 20 degrees hotter in the city than suburban or rural areas nearby.

This is a significant health risk that puts many people around the world in danger. Nearly 700 Americans die each year from heat waves, and many more die from illnesses that are exacerbated by the extreme heat. Heat remains one of the most dangerous causes of weather-related deaths in the U.S.

Urban heat islands also affect our ability to breathe. Hot, humid air traps pollution and ozone, which trigger asthma attacks -- the No. 1 cause of emergency room visits in low-income areas. The people most at risk are the most vulnerable: the very young, the very old, and the very poor.

Trees and other vegetation go a long way to improving the quality of life in cities, and helping to reduce the threats of urban heat islands. They provide shade, which has been shown to lower surface temperatures by up to 45 degrees, and they cool the air by using heat to evaporate water.

Well-designed green spaces in cities can absorb carbon, thus helping reduce the cause of climate-change, filter asthma-inducing pollutants from the air, capture stormwater runoff to help improve water quality, and provide important habitat for birds, butterflies and other urban wildlife.

In New York City, we are working with City officials to address the problem at a local level. The City has programs in place to plant trees, improve natural infrastructure, and invest in our parks and natural areas.

As more and more people move into cities, we need more investment in these solutions that benefit both nature and people -- especially those who are most vulnerable. Imagine cities around the world transforming from concrete ovens to shady refuges, and our planet's most at-risk urban centers turning into havens for people and nature.

This fall, the Conservancy will announce the findings of an exciting research project that will quantify the value of trees in reducing neighborhood air temperatures in more than 200 cities around the world. The Planting Healthy Air study will be an important resource for city planners who seek to use the power of nature to make their cities more livable.

But in the meantime, leadership like Bill's in New York, and our colleague Laura Huffman's in Texas, is critical as we adjust to the new normal of a warmer world.

Bill Ulfelder is the Executive Director of The Nature Conservancy in New York. You can follow Bill on Twitter at @ulfelder and learn more about his work at nature.org/newyork.