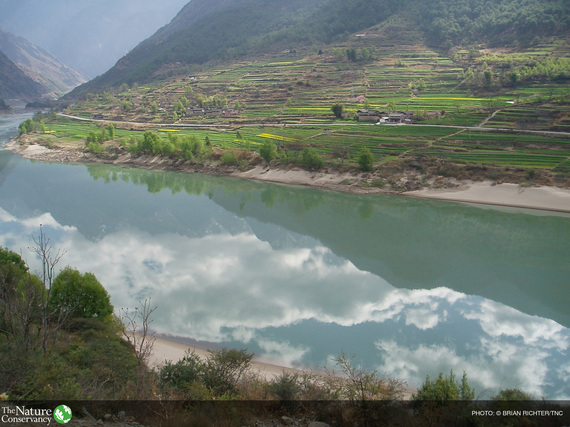 While the negotiations at COP21 in Paris have been deemed successful on many fronts, we are already witnessing the impacts of climate change on our most critical resource -- water. Recent floods in India, Vietnam, the United Kingdom and Ireland have driven thousands from their homes, interrupted electricity supplies and transport, caused huge damage to property and disrupted economic activity. Other places such as Somaliland and Namibia are in the grip of desperate droughts, stunting crops and starving livestock. Water cannot be addressed on the sidelines: it is inherently part of each action that will be taken as a result of the negotiations. And working with nature is at the heart of the solution to the water crisis.

Half the world's population suffers water shortages, and more than 21 million people are victims of flooding each year. The level of climate change will intensify given present forecasts for the next few decades, making climatic events more extreme and more unpredictable: rainfall is likely to be heavier; droughts more severe. Floods and droughts will break "records" more frequently and more dramatically.

Over the millennia, nature -- sometimes viewed as cruel -- has provided protection from natural disasters. Forests contain water and stem hillside flows; floodplains give space for rivers to overflow, while also creating highly fertile farmland; bends, rocks and islands slow down rivers and reduce the risk of each becoming a torrent. Moderate extraction from aquifers ensures that water is available in bad times as well as good.

But in more modern times, the pressure of population growth and economic activity on land has eroded these natural defenses all over the world. Ecosystems have been degraded - denuding forests, damaging environments for wildlife such as fish, intervening to "improve" rivers and wetlands - with very serious consequences for people and nature alike. Water quality deteriorates as rivers carry more silt and bottled floodplains, and straightened rivers send floods downstream to where people live. Overgrazing degrades the soil, reducing its ability to retain moisture and exacerbating droughts.

These mistakes were often made with good intentions and the state of knowledge of their time. But learning from the past is essential to avoid repeating the same mistakes in future and to reverse them where possible. Even more important, if we are to secure the quantity and quality of water the world needs, we must understand how to work with nature on a scale large enough to be effective in addressing the effect of climate change on water. Indeed, the Paris Pact on water and climate change adaptation announced at COP21 looks to river-basin scales for addressing climate and water management.

Every year, cities spend nearly $90 billion on infrastructure that delivers and treats water. Only a tiny portion of the expenditure is dedicated to improving the services nature provides for water. But experience with projects in many countries shows that the potential for harnessing and restoring nature's functions is huge, whether it is integrated water basin management, restoring floodplains, or innovative funding to help communities and utilities improve their practices and increase access to usable water.

A leading example of how to revive nature's services in a river basin is the program for the Magdalena River in Colombia. The river is about 1,500 kilometers long, and its basin covers almost a quarter of Colombia. A partnership between the Colombia authorities, the private sector and NGOs aims to balance the claims of navigation, flood control and nature conservation. Approaches being taken include analyzing the most important areas for freshwater conservation and creating a basin-wide hydrological model .

A particular issue is dams along the river. While electricity generation is important, dams can interrupt the river's flow, damaging human and natural environments. Improving dam management is a key part of the Magdalena program. Similar issues have arisen with dams in many other countries, including China, where work is being undertaken with China Three Gorges Corporation to reduce the impact of hydropower projects on the Yangtze River Basin.

A major floodplain restoration effort has taken place at Mollicy Farms, a former floodplain forest on the Ouachita River in Louisiana. The river is part of the Mississippi River system, and the floodplain had been cut-off from the Ouachita by a levee in the 1960s. Restoring the area by replanting it and allowing the river to flood it has been designed to alleviate downstream flooding, improve water quality by reducing the sediment and nutrient content, and resuscitate fish and wildlife habitats. 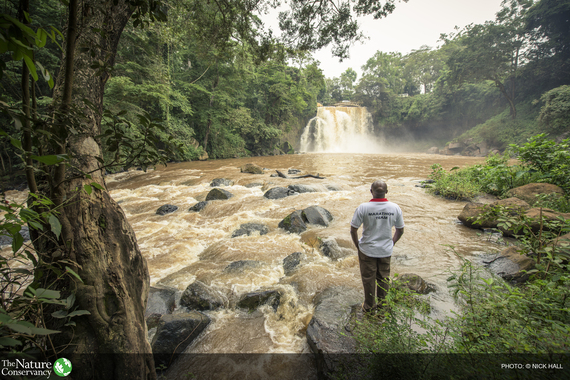 Financing conservation-based projects can be difficult while there is an almost instinctive preference among engineers and governments for built rather than natural infrastructure. One answer is water funds. More than 30 water funds are in operation from Africa to Central America. They are a mechanism for downstream water users to finance upstream conservation through techniques such as reforestation, riverbank repair, floodplain restoration and forest fire fuel reduction. An example is the Nairobi Water Fund bringing together Nairobi's water utility, farmers, NGOs and investors to restore the Upper Tana River, which supplies the bulk of the city's water. Overall, $10 million will be invested in conservation activities in the area and it's expected to return $21.5 million in benefits over a 30 year time-frame. This is a great return on investment for the people of Nairobi and communities throughout the watershed.

While nature can support our needs for clean water and flood protection, it's important for us to understand nature's water needs, too. Droughts occur when people demand more from water supplies than the naturally fluctuating hydrological cycle allows. Like floods, droughts can afflict rich and poor countries. Groundwater is often an essential component of water availability, even in regions whose surface is normally arid. This is notably true of California, which depends heavily on groundwater in dry years and is suffering the worst drought in a very long time. Understanding the amount of water available, and adjusting extraction rates accordingly, is vital for storing water in wet years and controlling use in dry years. California is waking up to this fundamental truth.

We are experiencing climate change through water, but we have answers at hand. Working with nature can reduce floods just as it can reduce droughts. Experience shows that we can work with nature on a scale which will protect water resources and habitats for generations to come. We should not wait for climate change to wreak more damage on our most critical resource before enlisting nature's aid.

Explore The Nature Conservancy's latest thinking, science and recommendations on our most pressing global environmental challenges.