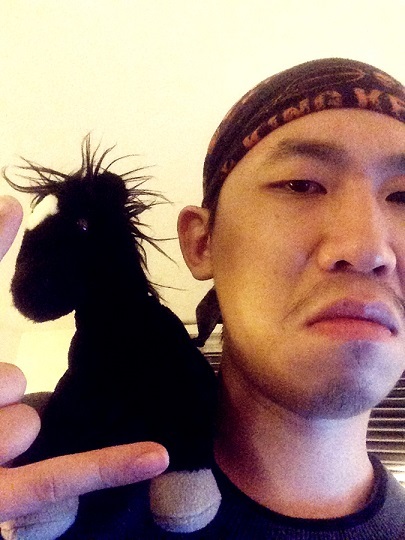 I've come to the conclusion that the entire universe knows I love New York City, so when I saw the interesting band name Tengger Cavalry come up in my list of bands playing in NYC, I had to find out more. I was like, "What kind of music could a band named Tengger Cavalry play?"

I found out a Mongolian gent named Nature Ganganbaigal is behind this music.

Tell us the history of your first name and family name, Nature Ganganbaigal.

You'll be playing your first unplugged concert at the Weill Hall in Carnegie Hall on Christmas Eve (12-24). How did you get that gig?

We contacted the venue and submitted our musical material. Surprisingly they approved it!

You moved from China to New York City. How did you find your American band mates?

I reached out to my bassist Alex first through Bandmix.com. I sent him a message and he was interested. Then he called the drummer, who played with Alex years ago.

As a boy -- Heavy Metal. As now -- world music and soundtrack.

Do you have any other means of income besides music?

Not really. Sometimes I do some design work to help friends but it is more like a helping out thing.

How many times a week does the band practice? Where do you practice?

We usually practice once to twice a week. We sometimes do one in NYC studio and another one in NJ studio. Our drummer and fiddle guy live in NJ and Alex and I live in NYC.

What goals do you strive for in life?

Be strong, be faithful and be honest.

What are your religious views?

Quote: "I don't care what religion anyone is as long as they use their turn signal." 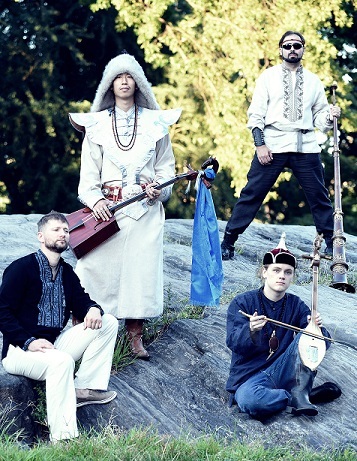 Drummer, Yuri Liak - Being a professional heavy metal performer for many years, Yuri shared stages with big guns such as Nightwish, Therion, Overkill and Opeth in Europe and America. He is also an excellent stage designer.

Bass, Alex Abayev - Coming from a strong extreme death metal background, Alex performed with renowned metal acts such as Immortal and Cephalic Carnage. His Central Asian heritage also gives him the talent to capture the spirit of the nomadic folk.