Unbroken tracts of forests connect soaring tropical glaciers in the center of the island to beautiful beaches ringing its coastline. Birds of Paradise, seen nowhere else on Earth except this region, inhabit these forests. So do hundreds of different tribes with entirely distinct languages, making this the most linguistically diverse area in the world.

That's what I experienced earlier this month when I traveled to Papua, a province of Indonesia just south of the equator. Rarely have I seen so much forestland in one region of the world. Forests blanket almost 80 percent of the province, which is nearly the size of Montana.

The province is committed to ensuring that forests continue to thrive at a large scale. It recently committed to at least 70 percent of the province remaining under forest cover for all time. It is an impressive commitment--one of the boldest in the world--and particularly needed when the rate of forest loss across the globe is equivalent to 48 football fields per minute.

It wouldn't have happened if local community members throughout the province had not taken stock of their forests. Where are they located and how do people and wildlife use and benefit from them? What areas are important culturally and which for economic purposes? They learned -- or, in some cases, reminded themselves--that trees hold soil in place so the rivers that are a source of drinking water for people remain clean. That trees absorb carbon. And provide shelter to thousands of species. Without these and other "services" from nature, neither people nor wildlife will survive. Once there was a clear picture of why nature matters, saving the forests of Papua became a no-brainer.

Taking stock of natural resources is part of a growing movement led by the Natural Capital Project. WWF and our partners who are part of the project recognize that in order to save ourselves, we need to maintain our living assets also known as "natural capital."

We think of nature as a bank account. What is in it has value, which can be measured in terms of specific benefits, such as human health, economic development, food security and culture.

At the World Conservation Congress this month, WWF and others will talk about the exciting ways the results from natural capital assessments can be used. One way is to ensure areas of highest natural capital value are protected from the infrastructure tsunami that is heading our way. It is estimated that, over the next 15 years, $90 trillion could be invested in creating new roads, railways and other infrastructure, largely to meet the demands associated with an increasing population. Most of this would be in Africa, Asia and Central and South America. These countries also are home to much of the world's most important biodiversity and forest lands.

WWF and others are working to influence how this money is spent so that roads, for example, are not built through prime tiger habitat in Myanmar. One of the best ways to do so is to open the eyes of investors, government leaders and others to our natural capital -- the treasures that seem to be hidden in nature, but are essential to our survival.

Measuring natural capital also is a means for ensuring there is enough attention and funding to create and properly manage protected areas and other conservation systems. Currently, there is a significant gap -- an estimated $2 billion annually in developing countries alone -- between how much is needed for that and how much is available.

The Project Finance for Permanence (PFP) approach is an innovative way to fill the gap. A centerpiece of the PFP approach is a one-time "closing" that delivers pledged funds when all of the agreed upon conditions are met.

The largest one of these projects garnered $215 million for conservation in Brazil in 2014. These funds, which were matched more than 1:1 by the Government of Brazil, will help permanently protect 150 million acres of the Amazon. That project brought together a broad array of supporters including the Gordon and Betty Moore Foundation, the Government of Germany, the Margaret A. Cargill Foundation, the Global Environment Facility and the Government of Brazil. Key to securing the Brazilian government's support was raising awareness about the Amazon's natural capital, such as forests that help keep water flowing in rivers--the same rivers the country relies on for fisheries, local livelihoods, and energy production.

Through a new WWF initiative called Earth for Life, we hope to continue to build on the PFP approach to secure millions of additional acres of forests in protected conservation areas as well as indigenous and community-managed reserves. We are excited about this, as strong evidence shows this type of conservation management strongly correlates with stopping or slowing deforestation and forest degradation. Protected areas and indigenous lands in the Brazilian Amazon, for example, are likely to prevent an estimated 670,000 square kilometers of deforestation by 2050.

We have a tremendous opportunity before us -- planning future infrastructure investments and ensuring that protected areas are not just on paper but, instead, are properly managed so they last forever. We can only do this with nature in mind. Not without it. 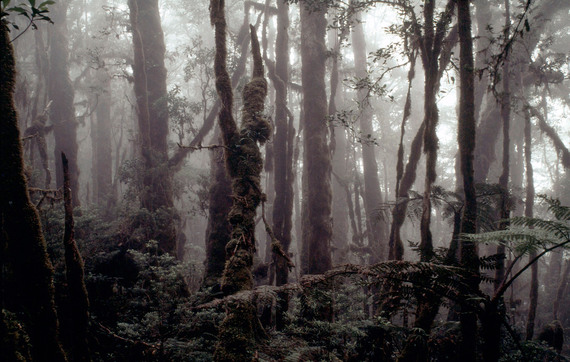 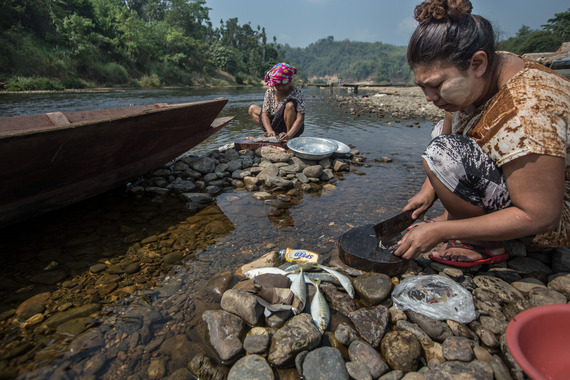 Women from Phaung Taw, Myanmar cutting and washing fish by the Banchaung River. "We used to fetch drinking water from Banchaung River before. But since this year, the cleanliness of water has changed. There's a lot of gold mining in the river. We don't drink from it anymore." Photo Credit: © Minzayar Oo / WWF-US 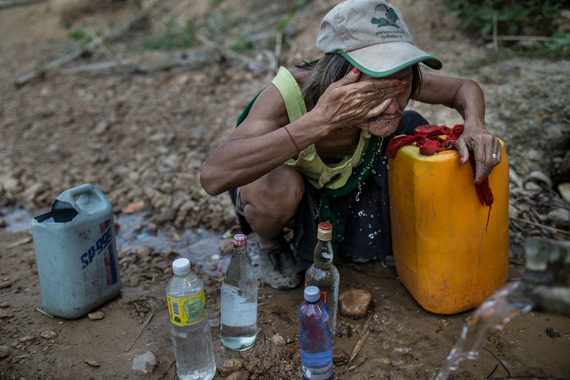 A man from Pyar Thar Chaung village in Myanmar washes his face as he collects water in different containers from a place that the villagers made to obtain water streaming from the mountain. The villagers living along the Banchaung River valley area used to be able to cosume water from the river for drinking but since last year they claim that water in the river has become noticeably polluted and most of them don't use it for drinking anymore. Photo Credit: © Minzayar Oo / WWF-US 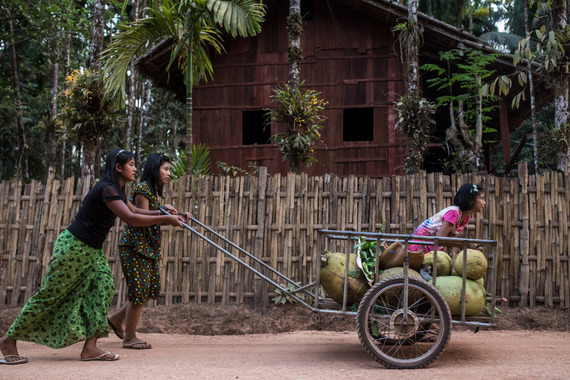 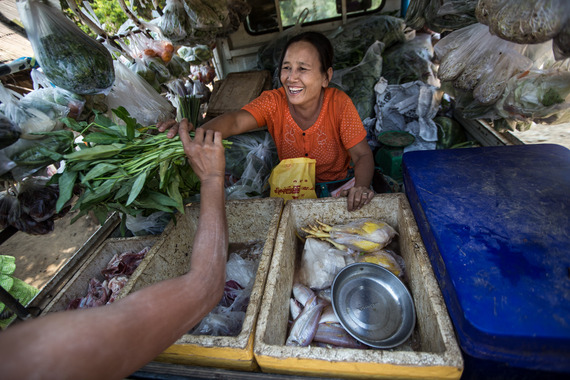