We typically think of the technological world as something completely different from the natural world, even diametrically opposed. But sometimes, technology can become better by following nature's lead. For this week's Animal Oddity, here are three animals that science has mimicked to create new technologies.

1. Woodpeckers
By any account, woodpeckers are remarkable birds. They come in a wide variety of shapes and sizes, from the crow-sized pileated and ivory-billed woodpeckers of North America to the diminutive piculets of South America and Asia. They have zygodactyl feet, with toes pointing both forward and backward, that allow them to effortlessly flit up and down vertical tree trunks. They have shockingly long barbed tongues to extract insects tunneling in decaying wood. Even their raucous calls are strange and wonderful. 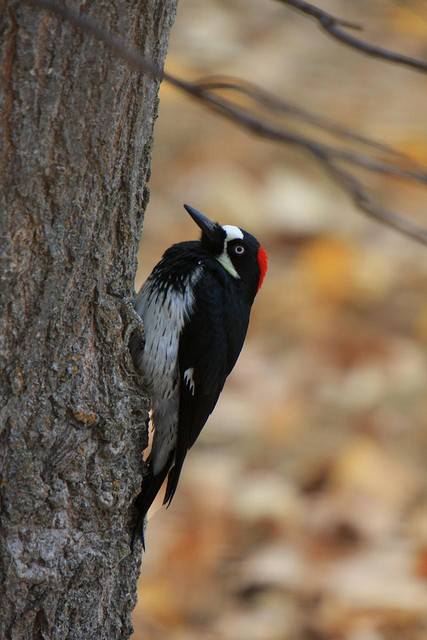 But perhaps their most interesting adaptation is their namesake behavior: hammering away with their beaks into hard wood to search for their insect prey and to excavate nesting cavities. Using specialized muscles and shock-absorbing skulls and necks, woodpeckers can chisel away at a rapid-fire 20 pecks per second without suffering any impact-related injuries!

That adaptation has now been studied by engineers to inform the design of several shock-absorbing technologies, as this graphic from New Scientist illustrates.

2. Dragonflies
Anyone who's ever watched a dragonfly zipping around a pond hunting for smaller insects to feast upon would agree that they are marvels of design. Their massive, compound eyes allow them to hone in on mosquitoes, flies and other insects that make up their menu. Their legs form a cage-like basket in which they collect their prey, which they then crush and devour with strong jaws. Even aquatic dragonfly larvae are voracious predators. 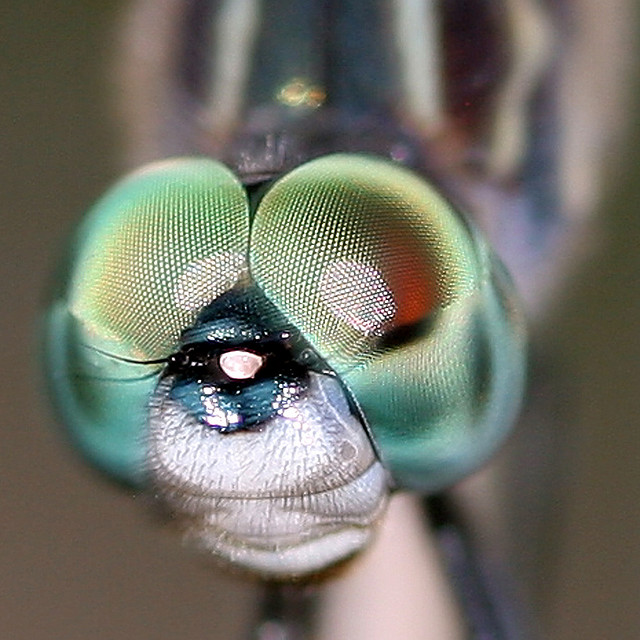 One of their most impressive adaptations is their aerial skill. Dragonflies can fly almost impossibly fast and can even hover and fly backwards! That skill is due to their wing design. Rather than having one set of wings like a bird or a bat, dragonflies have two sets. And they don't simply flap up and down. Dragonflies twist their wings at various angles and flap them independently, which is what allows them to move in almost any direction while in flight and capture prey as tiny as gnats while on the wing.

This extreme maneuverability hasn't gone unnoticed by scientists, who've applied what they've learned from dragonfly anatomy to everything from helicopters to wind turbines and perhaps mostly oddly, to vertical farms.

You can see exactly how a dragonfly's wings work in this video.

(Incidentally, dragonflies also have some of the all time bad-ass common names in the animal kingdom. You just can't beat names like the Serpent Ringtail, Seaside Dragonlet, Brimstone Clubtail, Eastern Pondhawk, Blue Dasher or Band-winged Meadowhawk. And you can attract them to your garden pretty easily.)

3. Herring Gulls
This video shows what I think is the most amazing example of animal-inspired technology.

The robot bird featured is modeled after the common herring gull (but it really could have been built to mimic any number of bird species) and is so lifelike in its movements that you really have to see it to believe it.

To what scientific purpose it will be put remains to be seen.

You can find out more about the latest odd animal stories, news and behaviors on my Animal Planet blog, Animal Oddities.

Photos: Woodpecker by Velo Steve and dragonfly by catherinemorrison29 via Flickr Creative Commons.