It's the climax of America's virtual reality dreams.

An almost, but not totally safe-for-work preview is available here. 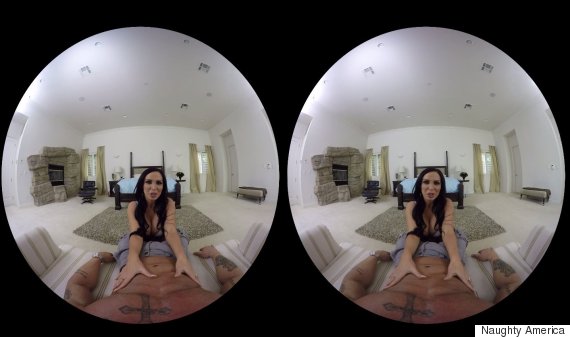 "It was all right, but weird because it was POV and I was not used to having a vagina," Moye said. "They also had a male version and my body hasn’t looked that ripped or tattooed, well, ever."

"I was fascinated by the fireplace in the scene," he said.

"Our customers want to get as close to reality as they can get, without reality getting in the way," Naughty America CEO Andreas Hronopoulos said in a press release.

The male and female scenes are available for free over at Naughty America, and the company plans to release more in the coming weeks. Eventually, the VR scenes will cost you a subscription at Naughty America, which is about $8 per month for a yearlong commitment.

It's certainly getting Redditors all hot and bothered.

"Signed up for a year, instantly, this is pretty good for their first video," one user wrote on the subreddit /r/oculusnsfw. "This is a win-win for us."

"I am going to go broke," wrote another.

Sex Toys Of The Future