The dangers of texting and driving are well-known, but a San Francisco-based startup has a device it claims will let drivers use a phone safely while barreling down the road.

The video above introduces us to Navdy, a device that sits on your car’s dashboard and projects information from your smartphone onto a 5.1-inch-wide glass display. The device is also hands-free: you can simply swipe left in front of you to answer a call, or right to dismiss a notification. This way, you can keep your eyes on the road, or at least looking forward, while using your phone.

Sleek and user-friendly as it may seem, such technology does not ensure driver safety. Hands-free infotainment technology is no cure for distracted driving, according to more than 30 research studies. Although hands-free devices let drivers look straight ahead, a 2013 study from the AAA Foundation for Traffic Safety found that, even when drivers keep their eyes on the road, mental distractions can still be dangerous. As a driver's mental workload increases, their reaction time slows and brain function is compromised, causing them to scan the road less and miss visual cues. 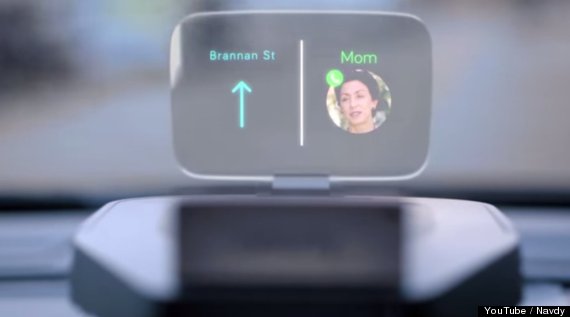 Not distracting at all.

Navdy attempts to reduce this danger by enabling any notification on your phone -- texts, calls, social, navigation -- to be read aloud or disabled entirely.

The technology behind Navdy -- called a Heads Up Display (HUD) -- has existed in fighter planes since the 1950s, and automakers have been trying to bring it to the mainstream market for three decades. On its website, Navdy claims that more than 4 million HUD-equipped new cars were sold between 2010 and 2013. But its high cost has kept it largely confined to luxury vehicles -- until now. Navdy retails at $499. 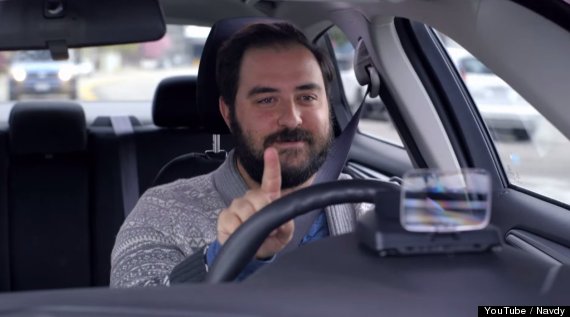 Navdy also reminds potential customers that not every local law in the U.S. is fully down with hands-free texting. Its FAQ says "it is your responsibility to use Navdy in a way that complies with applicable laws."