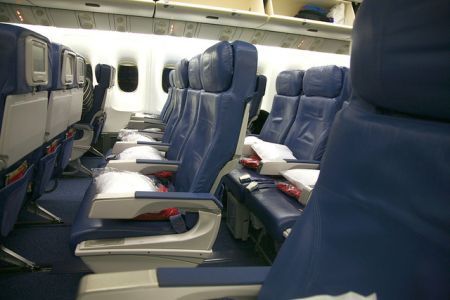 Many of the nation's airlines have tweaked their frequent flier programs in recent years, but 2015 will be a key point in their broader evolution. Since the first program, American Airlines AAdvantage, was launched in 1981, nearly all airlines have rewarded their customers with miles based on the distance that they fly. The problem with this design is that distance bears no relation to cost.

Some frequent fliers, known as "travel hackers," take advantage of distance-based programs by earning lots of miles on cheap flights and then redeeming them for more expensive award tickets. Some would argue that these so-called mileage runs pose no problem to the system if these passengers are occupying seats that would otherwise go empty (cheap fares and open award space sometimes reflect limited demand).

On the other side are business travelers who actually pay for expensive tickets and blame these travel hackers for devaluing the benefits of elite status. In the extremely cyclical airline industry, a few executives probably wouldn't mind the economic security of closely linking rewards to the revenue delivered by each customer.

Delta Air Lines and United Airlines focus on revenue
United Airlines and Delta Air Lines, two of the biggest carriers in the world, will rely almost entirely on the price of your ticket to determine the number of miles earned in 2015, though some of United's changes don't kick in until March 1.

Customers with no elite status will only earn 5 miles per dollar, so a 5,000-mile, roundtrip flight across the country will earn only 1,500 miles if you bought it for $300. A frequent flier with top-tier status could earn up to 11 miles per dollar, or 3,300 miles for the same ticket. But if he or she were to buy a $1,000 fare on the day of departure, they could earn between 5,000 and 11,000 miles, even if it's for a short flight between Boston and New York.

Minimum spend requirements for elite status were implemented in 2014, but in 2015 they increased 20 percent, starting at $3,000 for basic silver status and going as high as $15,000 for the top tier (members are also required to fly a certain number of miles). Sporadic travelers may find it better to give up on status altogether and just apply for an airline credit card that includes a free checked bag and priority boarding.

American Airlines and US Airways join forces
First announced in 2013, the merger between American Airlines and US Airways will take a long time. One major step in this process is integrating the two loyalty programs under the American AAdvantage name, which is expected around March 2015. Many features of the AAdvantage program will be maintained, as the company wants to stay focused on completing the merger. But customers of each airline might still see some improvements.

First, the bad news: US Airways Dividend Miles has four elite tiers, while AAdvantage has only three. This means that any of US Airways' Platinum members who fly 75,000 miles or more will be downgraded to American's Platinum tier, which is actually equivalent to US Airways' Gold tier and requires only 50,000 miles. Although those customers could experience significant loss of benefits, they'll still enjoy a 100 percent tier bonus for earning award miles.

Upgrades are a mixed story. Members in the Executive Platinum tier receive eight system-wide upgrades each year that can be used on almost any fare -- better than the more restrictive upgrades that US Airways' Chairman's Preferred members currently receive. These customers will also continue to enjoy unlimited complimentary domestic upgrades. But other elite tiers will have to redeem 500-mile upgrade coupons under American's existing process. Two bright spots are that they may be more likely to clear with less competition, and American has decided to waive the coupon requirement for flights under 500 miles.

Fortunately, there will be little to complain about when US Airways and American Airlines pool the miles their customers have in each account, making them easier to use for more expensive awards. And in an effort to reward high-value customers (those who benefit the most under Delta and United's changes), American created a new class of bonuses for premium fares, adding up to 12,000 miles on top of any miles normally earned.

See: Delta and United Put a Price on Loyalty -- Should You Pay It?

Alaska Airlines tries to stay competitive
Many travelers don't even consider Alaska's Mileage Plan as an option, but remember that they partner with American Airlines and Delta Air Lines, as well as many leading international carriers. If you don't like the changes you read above, you might consider crediting travel to Alaska's Mileage Plan instead.

Only a few things will change in 2015, mostly for the better. To retain high-value customers without penalizing those who buy low fares, Alaska raised its tier bonus to 125 percent for MVP Gold 75K members (travelers will earn a total of 225 percent of the distance flown). This will be the highest tier bonus in the industry, compared to a 120 percent tier bonus for Delta's Diamond Medallion and United's Premier 1K members.

Alaska also raised the fare class bonuses it offers customers buying first-class, full-fare economy and some mid-priced economy fares. These bonuses are as high as 75 percent (e.g., a first-class fare would earn 175 percent of the distance flown, in addition to any tier bonus). However, to be compatible with changes to Delta's revenue-based program, customers could earn as few as 25 percent of the miles flown when they fly on Delta and credit to Alaska, or vice versa.

Miles will be easier to use, but they may not go as far
It matters that some airlines are reducing the number of miles you earn under a revenue-based program, because there have been few changes that make the cost of an award ticket any cheaper. Affected travelers will find it takes longer to earn a free flight unless they are in the small minority that buys expensive fares.

Delta is the only carrier making significant changes to its award chart in 2015, expanding from a three-tier structure to one with five tiers. American did something similar in 2014, and United created an entirely separate award chart for partner awards that can cost much more compared to flying on its own planes. More complex award charts make it easier for airlines to raise -- or lower -- award prices based on demand for those seats and to reflect the higher cost of compensating partners.

However, Delta has made one significant change by permitting one-way awards at half the cost of a roundtrip ticket, and US Airways will do the same when its program merges with American AAdvantage. Because there are often cases when award space is unavailable in both directions, or because one direction is relatively inexpensive to pay with cash, consumers will benefit.

What's next?
Loyalty programs are changing in a few other ways beyond offering free flights. United is piloting a program that lets passengers pay for food and beverages at its Newark, New Jersey, hub with award credit, and the airline already has a large online portal for purchasing digital entertainment. Some speculate that American may announce a partnership with a major hotel chain following similar agreements between United and Marriott and Delta and Starwood. Traditional airline loyalty programs may be changing, but the goal is to make them more useful than ever while adjusting to modern economic conditions.

About the author: Scott Mackenzie learned how to travel and earn elite status on the cheap during graduate school. He now shares these tricks on the blog Travel Codex. You can also follow him on Twitter @Travel_Codex.