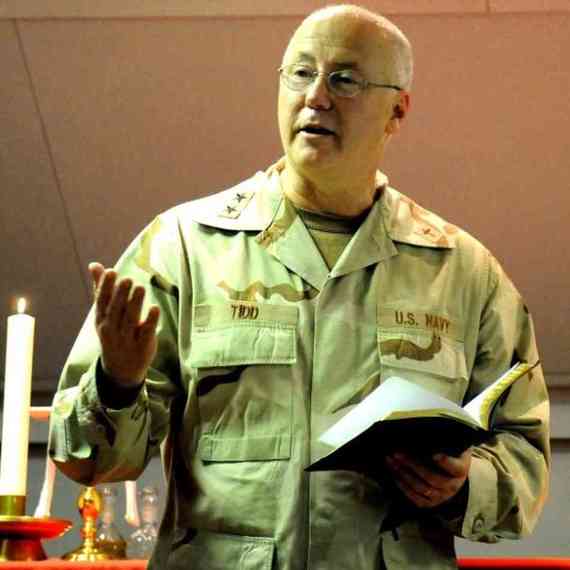 The United States Constitution in Article VI, paragraph 3, states in part: "No religious test shall ever be required as a qualification to any office or public trust under the United States."

Just last month, the Navy Chief of Chaplains rejected the application of Jason Heap, a highly qualified chaplain candidate who would have been the first Humanist military chaplain. All the evidence leads invariably to the conclusion this decision was based upon a Constitutionally prohibited "religious test." If true, this action by the Navy would be a violation of the oath taken by the Navy Chief of Chaplains and his staff to support and defend the Constitution of the United States. More significantly, it would be a denial of the religious liberty of Mr. Heap and all other service members and their families who do not share their belief in God.

When asked why Jason Heap's application was rejected, the Navy spokesperson claimed to be unable to provide any reason, in order to protect Heap's "privacy." The rejection letter Mr. Heap received from the Navy dated May 27, 2014, provided no details but merely stated, "you were not selected." It went on, perhaps in an attempt to soften the blow and rationalize the decision, with a further explanation:

Due to the limited number of vacancies, only those applicants
who appear to be most highly qualified are selected for appointment.
Non-selection cannot be attributed to one single factor...


Heap is a graduate of Brite Divinity School and the University of Oxford. He has a Master of Divinity, a further Master's in religious history, post-graduate certification in Religious Education, and recently completed a Doctorate. There can be no doubt he met all the chaplain candidate educational requirements. One Christian chaplain endorser who interviewed him has described Heap as "clearly qualified and highly polished." This endorser went on to say, "My group has over 100 military chaplains and Heap is as good as 99 of them."

While the military chaplaincy claims to be pluralistic, required under our Constitution and law, in reality it has a history of favoring the commissioning of Protestant chaplains. It was not until the Mexican American War that Catholics became military chaplains. The Civil War saw the first Jewish chaplains. More recently, the first
Muslim chaplain was appointed in 1993, Buddhist in 2004, and Hindu in 2011. The overwhelming majority of military chaplains today are from the most conservative Christian faith groups.

Perhaps more instructive to the case of Mr. Heap is what happened to the first Christian military chaplain who tried to change to Wiccan. Thinking that it would be as easy as changing from one Protestant denomination to another, in 2006, while serving in Iraq, Chaplain Don Larsen applied to become the first Wiccan chaplain. Larsen was ordained as a Southern Baptist but was endorsed in the Army Chaplaincy by the Pentecostals. Despite an excellent service record, not only was his request denied, but the Armed Forces Chaplain Board delayed the process until he was too old to be considered and then rejected the application on grounds of age.

Chaplain Kevin L. McGhee, a Methodist and Larsen's superior, believed a "grave injustice" was done. "I could go on and on about how well he preached, the care he gave," McGhee says. "What happened to Chaplain Larsen -- to be honest, I think it's political."

I would submit that the reaction of the Navy to Heap's application is also political. But the difference is that while there may have been some justification for removing Larsen from the Army Chaplain Corps, if the Navy rejected Heap because he does not share their belief in God, the Navy would be in violation of the Constitution.

History shows that during the Age of Enlightenment, the Founding Fathers strongly rejected the concept of a state religion and for few, religion altogether. It is clear from the record they appreciated the impact of religion in society and therefore, created a strongly secular government. This is likely why Article VI was the only mention of religion in the Constitution when it was signed in 1788. After much debate, The Bill of Rights containing the 1st Amendment with the establishment and free exercise clauses did not become part of the Constitution until 1791.

In addition to being possibly unconstitutional as a "religious test," if this faulty decision to reject Heap was because he is a Humanist, it would be contrary to the 10-year precedent set when Buddhist chaplains were permitted. Buddhists, and some Unitarian Universalist, like Humanists, do not profess a traditional belief in God.

On April 12, 2014, the Army moved into the 21st century recognizing Humanists and allowing soldiers to identify as such on their religious "preference code." Several of our closest allies have had Humanist chaplains for years and the Dutch military just celebrated its 50th anniversary of this inclusive policy. Earlier this year, over 100 denominational, seminary, and chaplain leaders signed a letter to the Secretary of Defense encouraging the military to seek out humanist chaplains.

The Navy lost an opportunity to show leadership, follow the Constitution and prove they were not just giving lip service to pluralism. The rejection of Jason Heap is a repudiation of his religious liberty and that of others who do not share an "acceptable" religious belief in God.

But the most troubling part of the Navy's decision is that it is not just turning its back on Mr. Heap, but is also denying the religious liberty of tens of thousands of sailors and Marines, as well as their families who identify as Humanist, agnostic and atheist. These service members and their families are entitled to the kind of chaplain who will understand their problems, treat them with dignity and respect and not try to convert them -- a Humanist chaplain like Jason Heap. It is time for the Navy to right this wrong.